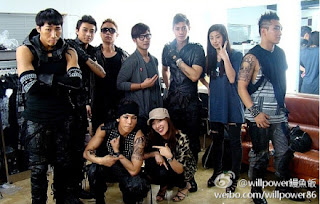 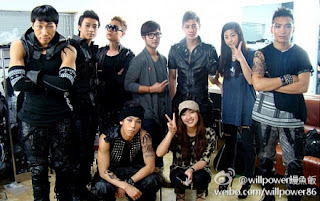 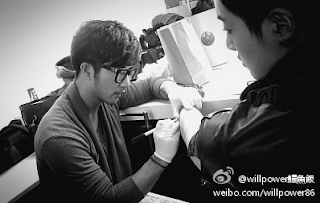 Two months ago, ex-Fly to the Sky member, and now solo-singer, Brian Joo made his return to the K-pop industry for the first time in a year with his mini-album, “Unveiled“. The singer officially concluded his comeback promotions on the June 10th episode of KBS’s “Music Bank” and an interview with TV Daily.


Brian began, “I wanted to promote for a longer time, but I wasn’t able to perform a lot on music programs for a variety of different reasons. It’s both disappointing and refreshing. What’s most sad is that, as an artist, I wasn’t able to show different sides to fans with my music. But I still think good things will come. I hope that people will wait for and anticipate my next comeback.”
He continued, “I have also been cast in a musical in mid-August. Since I can’t work as both a musical artist and singer at the same time, after my musical ends, I am planning to release my next single.”

In 2009, ‘So I’m Loving You Ver. 1′, sung by 7 teams including Rain, JYJ and Big Bang, was a bit hit in Korea, Japan and China.
The newly released music video had a theme of ‘Shopper’s Wonderland’ and had a star-studded cast list, bring viewers four dream-like minutes of each model’s unique characteristics blended into fairy tales. 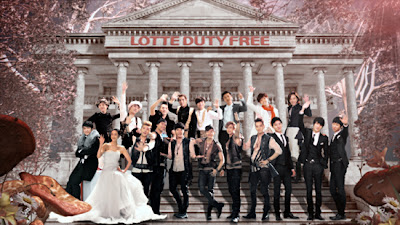 he video was composed of Hyun Bin’s Alice in Wonderland, JYJ’s Singing in the Rain, Big Bang’s Arabian Nights, Choi Jiwoo and Song Seung Hun’s Beauty and the Beast, 2PM’s Treasure Island and Jang Geun Seok and Kim Hyun Joong’s Little Prince.
Each model showcased acting and singing for each concept, and 2PM and Kim Hyun Joong, new additions to the Lotte Duty Free team, said, “It feels like we’ve become the hero in a fairy tale,” and were seen having a great time as they filmed their parts.
Using a variety of natural facial expressions to show their enthusiasm, the celebrities were praised for their work by the staff who said, “That’s why their Korea’s best models.”
Nam Goong Hui of Lotte Duty Free’s marketing team stated, “On May 29th, we temporarily released the music video of the CM song and it hit 180,000 views in three days,” and “Through the new music video, we planned to revamp Lotte Duty Free’s image and solidify Lotte Duty Free’s unique enter-tour-ment marketing that mixes tourism and entertainment.”
Hallyu cable stations and fanclubs in Japan are already strongly requesting the release of content related to the music video, and Lotte Duty Free plans to take up these requests in mid-June, to coincide with the peak season of summer vacations.
The audio file of the Lotte Duty Free CM song, as well as the ‘making film’ footage and wallpapers of each star, will be released from mid-June on the homepage of Lotte Duty Free. 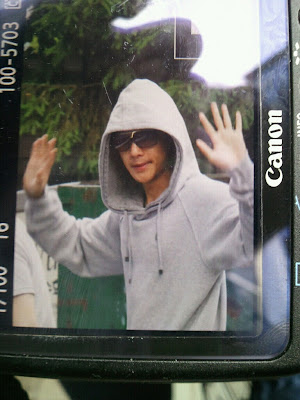 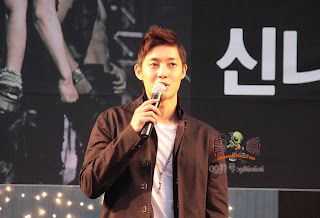 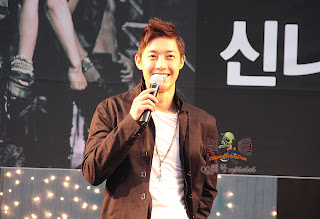 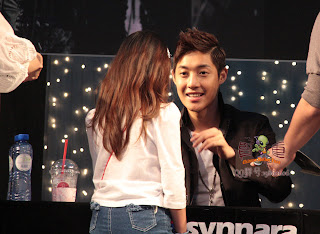 [Photo] More Photos from BREAK DOWN Fan Signing Event with Synnara 11.06.2011 (by MURDERERQ) 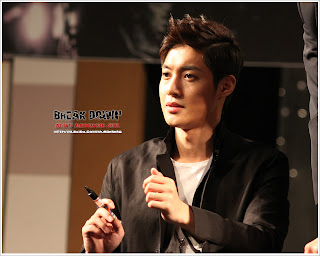 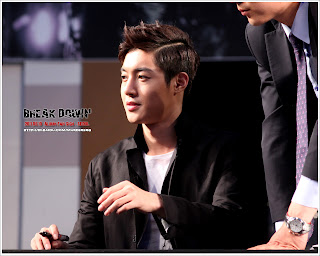 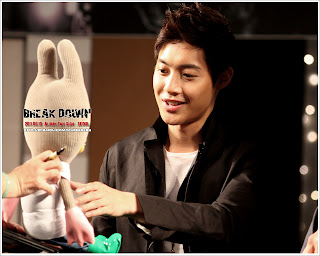 On the 8th when Kim Hyunjoong officially released his album in the morning, and right until this moment (10th Jun, 2:00 PM), on the Hanteo Charts, in the Album Sales category, his No.1 status is currently holding a 3 times and bigger difference with the No.2 on the Real-Time Charts and the Daily Charts. In addition, he is also the No.1 Most Searched Real-Time keyword recorded – which is 3 thrones for him recorded altogether.

The representative charts of Korea – the Hanteo Charts, takes into record of sales data from its nationwide merchant outlets as well as the nation’s biggest few discography shopping malls, and added on with sales data from medium and small internet/online merchants to get the calculation for Real-Time charts and rankings.

Kim Hyunjoong’s agency KEYEAST told about this on the 10th, “Rather than putting it across that album sales have results as follow, which focuses mainly on digital singles and title tracks, is to tail behind the transformation of the music industry (in order to fit into it), it is more evident of Kim Hyunjoong’s hard work put into for the full album as being verified and appreciated by fans – as proved through the results”.

On the 9th, Kim Hyunjoong has since begun his official and luxurious comeback through Mnet MCountdown with his oozing charisma on stage.