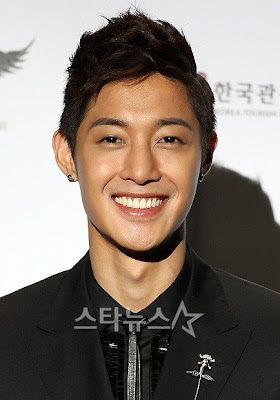 SS501’s Kim Hyun Joong recently talked about some of the pressures of being a solo artist.

Kim Hyun Joong held a press conference at the Jang Choong Gymnasium on June 7th about the release of his new solo mini-album “Break Down“.

Kim Hyun Joong stated at the press conference, ”I wanted to show my masculine side through this solo album“, and he continued, “I don’t think I’m ‘macho’ yet. I wanted to show as much as I could of my transition from a boy into becoming a grown man”.


He went on, “There were many performance songs with SS501 as well, but I feel that we lacked something in showmanship. Through this solo album, I believe I’ve become much stronger in the aspect of performance. I really wanted to show my maturity as a man”.


Kim Hyun Joong has worked in many areas including acting, but it has been a while since he has come to the public with an album. On top of that, he feels much pressure since it’s his first attempt at a solo album away from SS501.


Kim Hyun Joong revealed, “I had a lot of pressure before going on as a solo artist. I’m the fourth member of the group to come out as a solo artist, but I realized that it’s not easy with just the title of SS501 in my background. I realized I need to try even harder”.


He continued, “I worked harder to make better music to move away from the shadow of SS501″, he added to this by saying, “The jacket design, choreography, and even the puppy in the music video was set by me. The staff I worked with took and shaped my ideas very well”.

“Yong Joon showed me many music clips, and he also offered to take pictures for my album jacket as he has a talent in photography but it was canceled due to his trip to Busan”, Kim Hyun Joong stated.


He continued saying, “Yong Joon doesn’t seem to have a dream as a musician, but I think he studies a lot in music production as he is the head of the agency”, and “Yong Joon gave me a lot of detailed advice after watching dance videos”.


The new album kicks off with the intro song “Let Me Go” which captures listeners with a powerful pipe-organ sound and contains a total of 6 songs that all carry different, but powerful attractions. 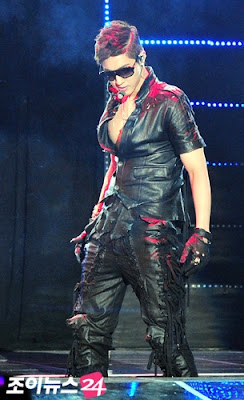 Kim Hyun Joong was reading letter to the fans when he was overwhelmed by pain and cried.

Kim Hyun Joong was holding a showcase for his first mini-album on June 7th.

When the showcase was about to end, Kim Hyun Joong said "Because it's diffcult to express myself'' and took out the letter that he personally wrote.

Kim Hyun Joong said 'It has been 6 years. Really thankful to those who believe and support me till today. Last year, because of misunderstandings, fans fought with each other', he could not control himself and cried.

'I could only watched all this silently, felt that I could not do anything to solve it' and 'I worked on my album with the thought that everyone will be happy. So from today onwards, everyone must be happy.' he said with his eyes turning red.

'I will like to express gratefulness and love to the fans who came' he said and left with his head down eyes tearing. His first showcase after going solo expresses the anguish he hid during the past year.
Diposkan oleh Hyunited6686 di Selasa, Juni 07, 2011 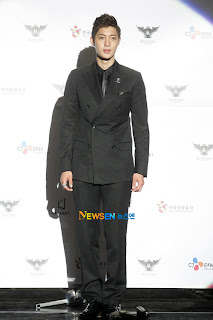 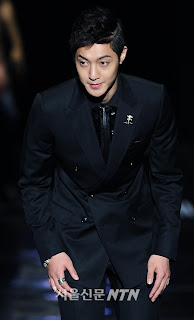 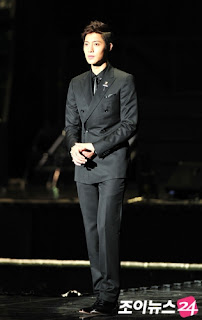 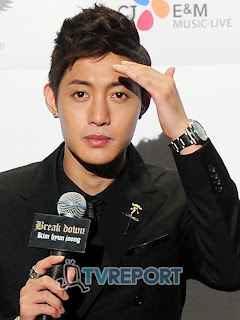 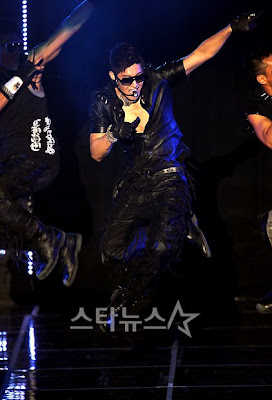 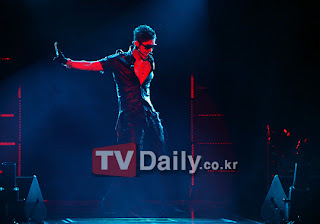 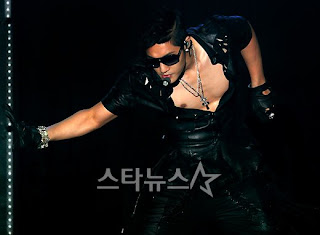 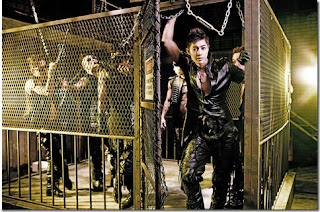 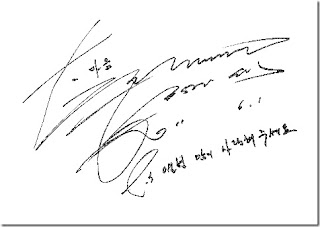 After teasing fans with a full music video for “Please” earlier this month, SS501’s Kim Hyun Joong has finally made his long-awaited solo debut by dropping the music video for his title track, “Break Down“! 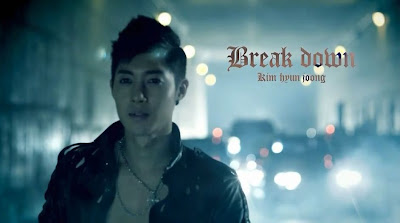 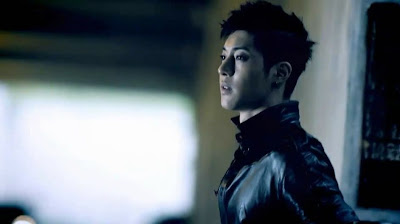 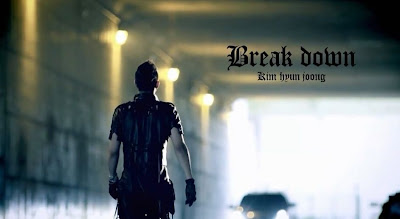 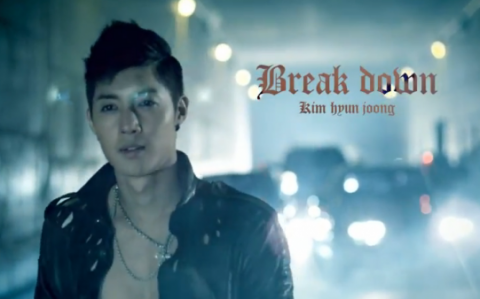 ﻿Following the music video for "Please", SS501's Kim Hyun Joong has revealed the video for "Break Down," the title track and lead single of his first mini-album.

The song was composed by multi-award winning Korean-American composer Steven Lee, who was worked with the likes of DBSK, KAT-TUN, Wheesung, SNSD, and even Hyun Joong’s former band, SS501. Ken Louis, who has done work for Eminem, Kanye West, and other big-named stars, saw to the engineering of the song. 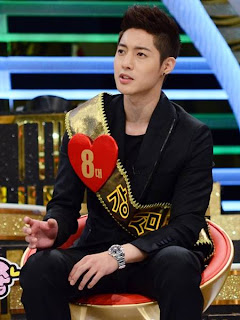 The ‘King of the Hallyu Wave’, Bae Yong Joon, made a surprise ‘voice appearance’ on SBS’s “Strong Heart“!

On June 7th, Kim Hyun Joong made a guest appearance and revealed his close relationship with the CEO of his agency, Bae Yong Joon.

He stated, “A while ago, I’ve heard that Yong Joong hyung went to Busan by himself so I went right away and stayed with him.”

The singer also called Bae Yong Joong during filming, which he fortunately answered. Reportedly, Bae Yong Joon praised Hyun Joong and expressed his deep fondness for the star. He also joked around by saying, “I want to see Hyun Joong being hit by the wind [as punishment for telling a 'weak' story].”

It’s said that Bae Yong Joon lived up to his reputation as a ‘man of gentle charisma’ by answering every cast member’s question.

The full episode is set to air on June 7th, so check back with allkpop for more updates!