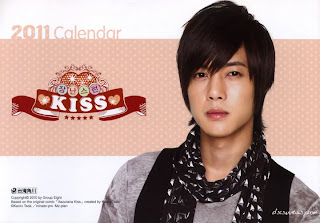 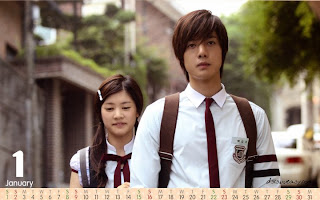 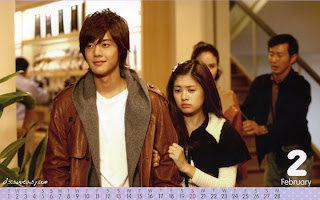 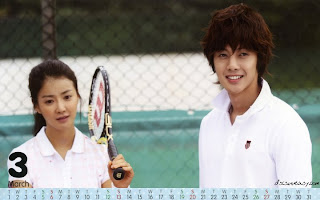 
Source: http://www.vdfly.com/article-434-1.html
Translation :Chinese to English by Elle @Leaderhyun Joong via twitter
Posted by Elle
Repost with full credit thanks!

From: http://hyun-joong.com/bbs/view.asp?code=fromhj
Message of Hyun Joong from his Korean Official Board

This afternoon, Kim Hyun Joong left a message on his Korean official  Website (FROM HJ). He put a big picture of a rising sun. We wish that he would join to twitterland, so we would be able to have fun with him there also with the four members of SS501. 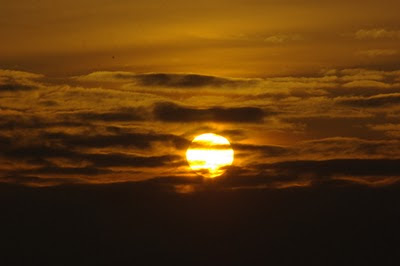 Didn't take a pic of me praying over the new year... coz I've some personal matters..***
So I went on the net to find a picture of a sunrise during new year and upload it... --;;;
Is this called illegal use...? keke
Erh, what was I saying...????
I'll guard and watch over you when I'm older
Don't know if I'm doing a good job for this...
Regardless, I will work even harder,
About admission tickets, to become someone who can get three more tickets, keke
Have you had tteok-guk????
I'm gonna go eat that now, keke
Actually I ate that too yesterday, as a side dish whilst drinking
Already 26 years old.... Darn... kekekeke
Darn... really... peyt peyt peyt (*bb: like 'pui pui pui' ^o^)
This xxxxxxxxxxxxxxxxxxxxxxxxxxxxxxxxxxxxxxxxxxxxxxxxxxxx
keke, just joking, keke
Happy New Year, may you have good health
I will also work hard to become someone you will anticipate and look forward to
You guys should be very happy that I appear on the net, ya??
But hope that you will just 'see' me on the net

Woohoo... I've been kicked out again... woohoo
Sonata, you're sick of it too, no????
I'll just let you off this one time, kekeke


(translator's note: korean fans' replies say there're too many stalkers,and he's worried about being chased out of his apartment...? TT TT
Sonata...? you're now resorting to talking to a car? --!)

In the new year, I will release an awesome album ~ practice like mad
My goals for the new year is one good TV drama and two albums
Once that's done, I'll meet everyone happily in the coming year^^
Sorry I didn't keep my promise
But I will become someone that you'll find even more worthy to watch over, keke

Wasn’t able to take a photo of me praying for a new year wish …’coz I had some personal matters on hand then..
So that explains why I’m up on the internet here belatedly moving over a picture of the rising sun here ..ㅡㅡ;;;;
Is this non-movable then …kk
Mm I mentioned all the time (that fans will support him) didn’t I ?????? I’m growing so much older now and doesn’t even know if I can still guard by you well enough … Anyway I’ll work harder to the extent of an admission ticket kk
I will become one whom you have to fight for another 3 admission tickets to see after kk
Have you drunk the ricecake soup ????????
I’m gonna go drink it now kk, in fact I ate it just yesterday.. as a side dish that is
26 years old already ne …………….. Darn, shit kkkkkkkkkkkkkkkkk
This darn thing .. Such damning…. geeez geeeez geeez
Such xxxxxxxxxxxxxxxxxxxxxxxxxxxxxxxxxxxxxxxxxxxxxxxxxxxxxxxxxxxxx
kkkkkkk Just joking …kkk
Be much blessed in the new year and be healthy, and for me, I’ll work harder to become one who will make you go crazier over me
Now that I’ve gotten internet in our house, you sure are delighted ain’t you?????? Even so let’s just see each other on the net world
TT I’m chased out yet once more …TT
Sonata…Annoying no??????? I will go watch it for once for sure kkkkk
Will release an awesome album in this new year, been crazily rehearsing and practising, to release 1 drama and 2 awesome albums is my yearly target ne kk
Only then could we meet one another next year delightfully ^^
Sorry I couldn’t keep to my promise
And so instead, I’ll become one whom you could better guard by about kkk 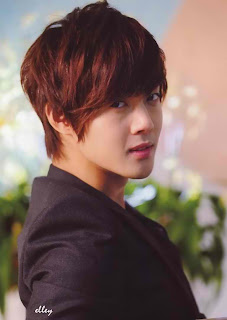 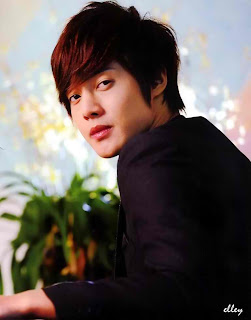 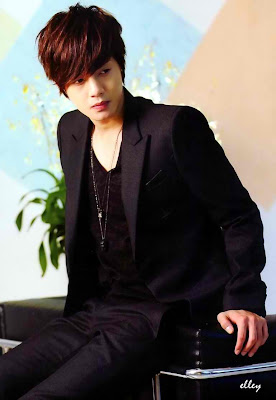 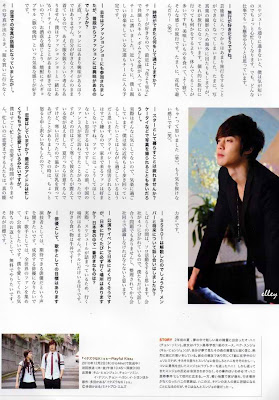 - How was the Opening Ceremony?
In my life, this has become a very pleasant memory. I had listened to the song that I will be singing for 24 hours and went over. It would be embarrassing if I made a mistake (laughs). I had practiced a lot of times, my accumulated know-how and during SS501 activities I had performed before on quite a few big stages, so I wasn’t feeling nervous at all.- With the filming of 「Playful Kiss」 ended, are there any regrets about it?
For this drama, it was my first time experiencing fragment scripts (filming only parts of the scripts that were ready). As it was in a rushed situation, looking at the acting, there wasn’t enough time to think about the scene and the dialog. But even in such situation, I realized I will have to endure with it. From now onwards… I will have to improve my memory … (laughs).- It seems like movies might be more suitable than drama. The scenario is ready before the production starts and I think that if it’s a movie, there would be enough time to think about it.
Of course this is an area I would like to challenge. It is also one of my goals….
If it’s a movie, I think will be able to show a better image as there will be a lot of rehearsals.- I have heard that when actors were acting in the drama, their own character would change to the character in the drama.  How about Hyun Joong? Yoon Ji Hoo in 「Boys Over Flowers」 and Baek Seung Jo in 「Playful Kiss」 have a very different character, does it affect our own character too?
Yes, it does. Yoon Ji Hoo is a character who likes to be alone and quiet. When I was acting as Yoon Ji Hoo, I was feeling really gloomy. On the other hand, Baek Seung Jo’s character was rough, recently I’m also a little rough (laughs).- I believe there was a lot of offers after 「Boys Over Flowers」, was there any special reason for choosing 「Playful Kiss」?
Whenever I select my work, to me feeling is important. When I saw other dramas, I didn’t have any feelings about it but the moment when I saw 「Playful Kiss」, I have this feeling that I definitely have to do it.- You seemed to be the kind who likes being free, so it must be hard to have a busy schedule. Do you feel that you want to get away from it?
I do not think that burying into the schedule will not allow me to live freely. This is a path that I have choose as I like it and I tell myself this is the rule that I have set. However when I’m unable to keep to the work schedule, I’ll be short-tempered and become a little busy. But I will go all out in any job.- You seemed to like travelling right.
Ever since I entered the entertainment industry, it became impossible for me to go travelling. Occasionally I would go overseas to take pictures for the photo book, that is also considered as travelling.  Even when I go on personal trips, most of the time I would be resting. My kind of travelling would be eating delicious food, sleeping well. Sometimes playing cards… (laughs) - What do you do when you have the time?
As I like playing soccer, recently Kim Bum who co-starred with me in 「Boys Over Flowers」 was invited to join the team that I am in. In the near future, a close friend who’s doing music plan to enter the team too.- Last year you have attended the fashion show, normally do you have any interest in fashion?
Frankly speaking, I’m not much interested in fashion. Usually I would just wear my favorite style, so I do not think about venturing on dressing up. I also do not really like the party that is together with the fashion show… I like the relaxed feeling of shochu with samgyeopsal (pork belly) than the fashionable feeling. (miyo: sorry for the direct trans..>_< think it's more of just saying that he's more interested in shochu & samgyeopsal than fashion)

When those photos came out, I thought, “I gotta go buy clothes”. Seems like I will have to pay attention to it (laughs). - Do you get tired of being as a star? Photos taken by mobile phones are quite often too….
In fact I’m comfortable and not bothered about it. I walk around the neighborhood quite often, spending time doing things that I wanted to do. As I hate to have my privacy being invaded, fans whom come to my house are undesirable. I would warn the fans, “I do not want you to do this”. Some time ago, 3 fans from China had visited my house, as it was very cold that day, you can see that the gals were shivering. If it was summer, I would have warned them but as it was a cold day, I had bought them soy milk. At that time, I was feeling a little angry and sorry….- Are you in a relationship now? Lately seems like although idols are busy, they still do get into a relationship.
I am very busy and do not have the time to have a relationship. Those who are busy but able to be in a relationship are someone with “true ability”.- Had SS501 disbanded? Did you have a discussion with the members about the future?
I think we be having solo activity for a while. As we are divided to 4 companies, it is not just the problem of discussing among ourselves, after sorting out we need to discuss with the companies too.- Seems that there’s always performance, events at Japan, is there a place that you must go to when you visit Japan? What Japanese food do you like most?
Actually my schedule is very packed so I do not have any place to go to. I would be in the hotel. Favorite food is Gyudon! (beef bowl)- What is your goals as an actor, singer?
As an actor, I hope to hear people say that I’m a promising actor. I want to become an actor who has matured. As a singer, to gather fans from around the world and have a performance. To return the feelings for loving me, I hope to have it free of charge. These are my goals.-
Diposkan oleh Hyunited6686 di Minggu, Januari 02, 2011

﻿
Kim Hyun Joong plays a hallyu star in Dream High who arrives at Incheon to catch his flight. Media went crazy upon seeing him taking photos of him endlessly not noticing the entry to the country of chic and stylish chairman of the board of the star training school, Kirin Art School, played by Bae Yong Joon.
Diposkan oleh Hyunited6686 di Minggu, Januari 02, 2011