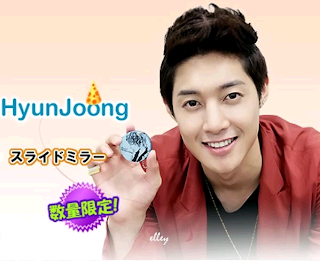 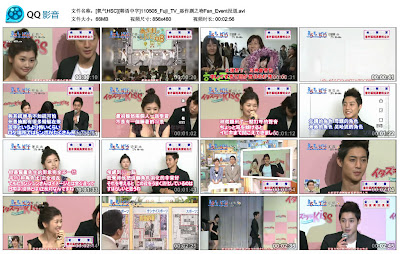 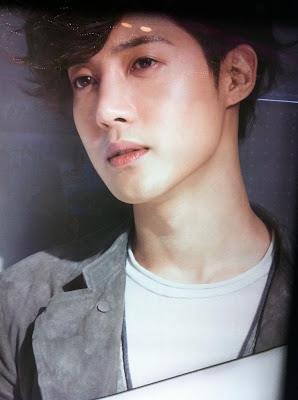 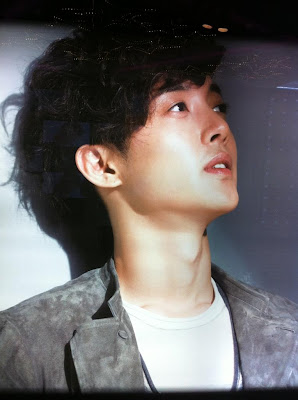 (BTW, they just confirmed that the info about Jeju FM is wrong, and they are doing to recover Hyun Joong's korean wp soon....) 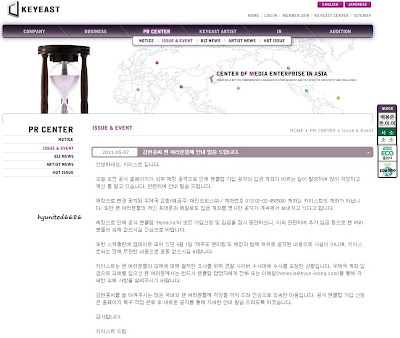 This morning, due to an external hacking attack attempt of our official homepage, a change in the depositing bank account number was made and that caused much worries from all of you. We are aware about that and thus we are here to give a notice on this.

The depositing bank account was changed to Woocheguk Bank with Payee being Jaein Office and account number being 013102-02-456508. The above mentioned account is not an account of Keyeast’s. Also, many notices from all of you are being written continuously and posted with personal phone numbers and emails inclusive.

Because of this hacking attempt, all joining applications and bank transferring or depositioning of money for joining into the official fanclub ‘Henecia’ is now temporarily suspended, and we hope that no more damage will be incurred with response to any of these additional deposition of money.

In addition, the newly added activity post in the ‘Schedule’ category as above of this ‘Jeju-do Fanmeeting’ that was said to be held on June 1 is also false information; it is of zero relation to Keyeast altogether, so by making this notice, we hope for no confusion from all of you.

For the sake of all you fans’ safety and to ensure no more damage made, Keyeast is currently licensing with the Cyber Terror Police on cooperation of this. For those fans who have already fallen into this trap by depositing your money into the Woocheguk Bank, please note that you must definitely send in and inform your details on this scam with our fanclub in-charge personnel through either phone calling or through email (henecia@hyun-joong.com).

We truly apologize with an apologetic heart for causing inconvenience to all foreign and domestic fans who always give all of your love towards Kim Hyunjoong-ssi. After restoration work is completed, only then will the application for the official fanclub continue as per normal. We will inform on this again through another notice by then.

from one of popular media in Indonesia... the headline in english "Henecia, The Official Fan Club Kim Hyun Joong" 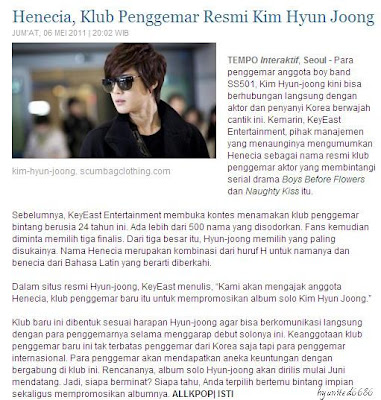 ﻿Due to the earthquake in Japan thus postponed [Naughty Kiss](Taiwan ver. Korean ver.) Japan broadcasting memorial event — Osaka Premium Talk & Live Event was finally held on 3 May, Kim Hyun Joong and Jung So Min appeared together, partial profits from this event will be donated to the affected area.
Day and night 2 session of Live & Talk attracted around 6000 fans to show their support, both of them greeted everyone in Japanese. Especially for Jung So Min, practiced Japanese by herself before she came to Japan, during the event some of her accurate pronunciation surprised many spectators.
Talking about 11 March magnitude 9 earthquake, Kim Hyun Joong showed a sad expression, said “I think many people felt very hurt because of the sudden disaster attack, but please bring out your courage, to overcome these difficulties. I would also like to become the strength for everyone, helping everyone”, Jung So Min revealed that she has very good friends in Japan “It seem like I am also the one hit with misfortune during the earthquake, really feeling very sad, but everyone must keep up the spirits”.
During fans Q&A section, Kim Hyun Joong was asked “If your marriage partner is someone like Oh Ha Ni who doesn’t cook, what will you do?”, he humorously expressed that he doesn’t mind his wife’s cooking is unpalatable: “Just bear with it for 2, 3 times, reluctantly (unpalatable food) eat them up, after that will just go out to eat”, showing a cool side just like Baek Seung Jo in the drama. But Kim Hyun Joong also has his unrestrained times, when the MC was enthusiastically talking about the ballet dancing scene in the drama, he totally space out “Ahh, I was thinking about other things”, everyone burst out laughing instantly.
Kim Hyun Joong sang 2 songs [Thank You] and the drama OST [One More Time] during the event, towards the end he said through watching [Naughty Kiss], hope spectators can reminisce the beautiful memories of their first love.
- News Courtesy yibada + (eng trans) kelemama@501wangja.multiply.com-
Diposkan oleh Hyunited6686 di Sabtu, Mei 07, 2011 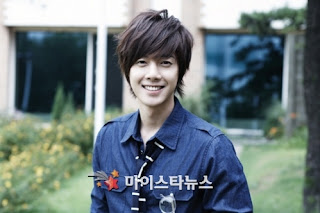 Kim Hyun-joong‘s official fan club name, Henecia, was chosen in April after an online competition among current members of his official website. Fans submitted their choices of fan club names for one week and KEYEAST chose the finalists and started a poll. The most popular name won! That name was Henecia.

The fan club name, meaning Hyun-joong blessed, has been chosen and now Hyun-joong‘s agency is accepting applications in Korea and internationally to join his official fan club.

The FC will be up and running soon, while they gear up to promote his upcoming solo album next month.