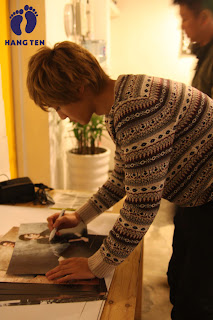 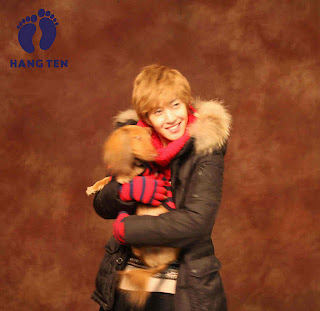 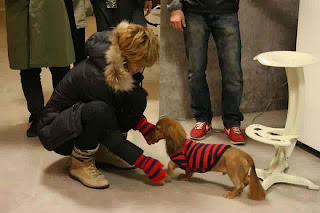 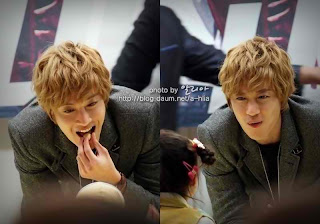 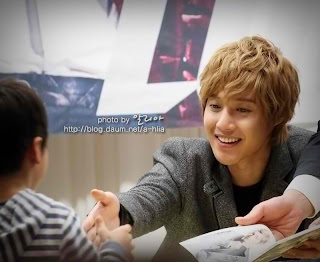 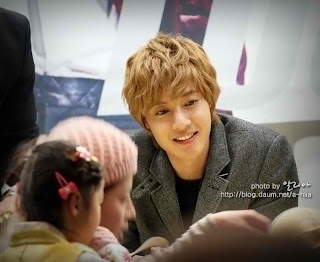 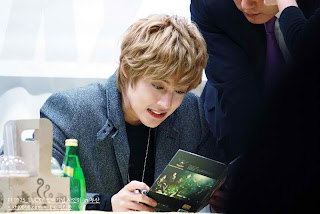 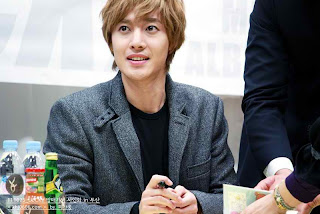 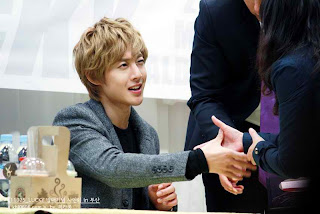 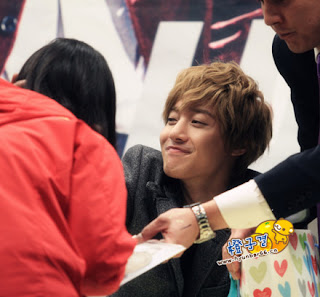 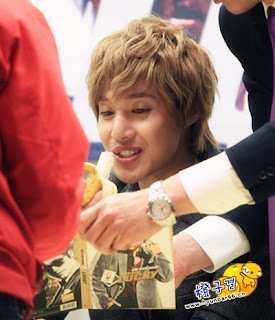 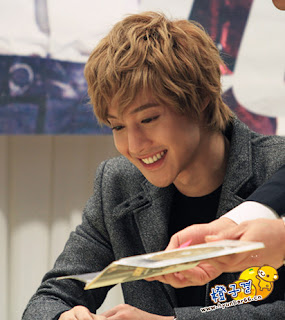 Kim Hyun Joong revealed his reasoning for buying thirty of the same pair of pants on the recent episode of ‘Strong Heart‘.

Host Lee Seung Gi commented, “I heard that you bought 30 of the same gray pants.” Kim Hyung Joong explained, “I only wear one of those pairs. I even wore them when I was coming here. I wear them every day.” Apparently, the star has similarities to famous designer Andre Kim, was known to only wear white outfits in public.

He continued, “The pants are no longer made so I even personally made some. They’re so comfortable that I gave them to everyone around me, and I only have four pairs left.” Kim Hyun Joong also brought one of his gray pants to gift to Lee Seung Gi, which the host then wore and posed in. The pants looked like simple gray sweat pants.
Super Junior‘s Eunhyuk commented, “They look like monk pants,” causing laughter among the guests. 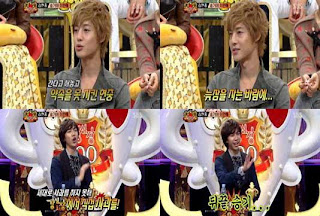 Singer Kim Hyun Joong said his apologies to Lee Seung Gi.
The October 25th episode of SBS’s ‘Strong Heart’ was a special as the 100th episode. Kim Hyun Joong was on this special episode and told his story related to Lee Seung Gi.
Kim Hyun Joong said on the show that his hobby is soccer and followed, “Found out that I use the soccer field as Lee Seug Gi and so we decided to go play soccer together”.
However, Kim Hyun Joong ended up watching movies till early morning and woke up too late in the morning and could not keep his promise to Lee Seung Gi and so wanted to express to Lee Seung Gi that he felt bad about it.
Lee Seung Gi made everyone laugh by wittily joking, “I said Kim Hyun Joong was coming so if you don’t, then I just become a liar and it’s great. I’m ok”.
Lee Seung Gi even added, “You said you watched movies but when you called me the night before, I could hear some knocking sounds over the phone”.
Kim Hyun Joong was all flustered at that and said, “Really I definitely didn’t go to a club but I did go to a pojangmacha. The knocking sound could be maybe because I was sitting in front of a speaker?” causing a tidal wave of laughter at the studio. (Pojangmacha = small, tented, street stalls on wheels usually selling street foods, and no, you guessed it, no speakers expected there)
Kim Hyun Joong untagled the misunderstanding with Lee Seung Gi and said, “I will officially ask you out of a soccer date on air” proving it was all good between the donggab naegi friends. (donggab naegi = of the same age)
On the same episode, Lee Hee Jin also revealed her long history with Hong Kyung Min drawing attention.
Image: SBS ‘Strong Heart’ Source: TV Daily via Nate
Diposkan oleh Hyunited6686 di Rabu, Oktober 26, 2011 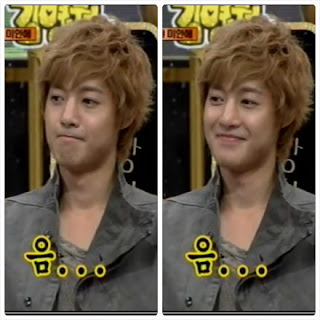 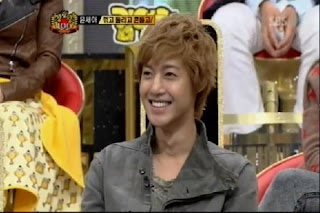 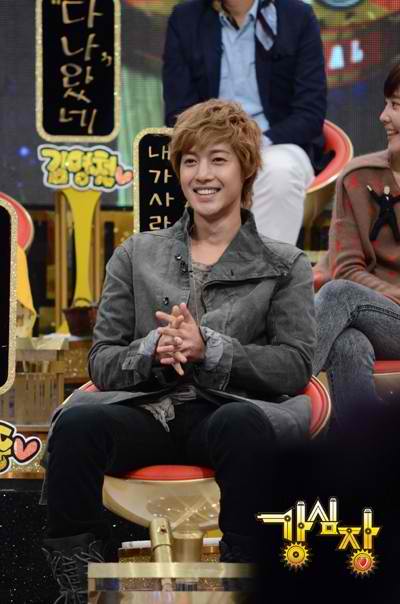