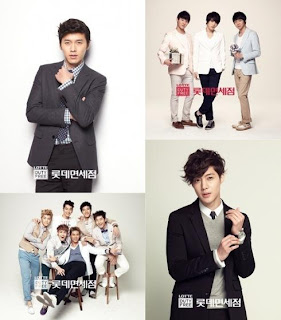 ﻿“Lotte Duty-Free Shop” has selected a slew of new models for their brand in addition to their current models, Song Seung Hun, Rain, Choi Ji Woo, and JYJ!
Their first line of models represent the first generation of the Hallyu wave, and in an effort to keep up with the trends of the current wave, Lotte Duty-Free has added Kim Hyun Joong, 2PM, Jang Geun Suk, Hyun Bin, and others to expand their marketing potential.
While most brands hold two to three models, Lotte Duty-Free is unique in that it holds a whopping nine teams, with 16 models in total.
Director Kim Ju Nam of Lotte’s marketing team explained, “The reason we are signing on such mammoth stars is not simply for our sales. Lotte’s star marketing emphasizes the creation of new content. Our aim is to expand Korea’s tourism industry through enter’tour’ment marketing, a combination of the tourism industry and the entertainment industry.”
The new line of models will be singing the brand’s theme song, “So I’m Loving You.” Additionally, they will also be participating in a variety of different events such as fan meetings, star relays, and talk shows.
~~~~~~~~~~~~~~~~~~~~~~~~~~~~~~~~~~~~~~~~~~~~~
Source: http://www.tvreport.co.kr/?c=news&m=newsview&idx=107034

Personnel of Lotte Duty Free Shop has revealed on the 6th that in order for them to further create bigger buzzes for their marketing, they have thus decided to sign on the 2nd generation Hanryu stars.

Along with the already existing models Choi Jiwoo, Song Seungheon, Rain, JYJ, new models which include Kim Sarang, Kim Hyunjoong, Jang Geunsuk and 2PM will be joining in the queue. For 16 stars to be participating in one same advertisement itself could be said to be a peculiar sight.

When asked about how they have decided on these new models, Lotte Duty Free Shop has explained that in order to release a stronger synergy effect amongst asian tourists, they have thus decided that it was a must to recruit new Hanryu stars like Kim HyunJoong, Jang GeunSuk, 2PM, etc adding alongside to the already existent models with top Hanryu actors like Choi Jiwoo and Song Seungheon.

On the other hand, Lotte Duty Free Shop also has plans in discussion for a range of diversified events like Star Relay Fanmeetings. Kim HyunJoong, Jang GeunSuk, 2PM etc are expected to hold performances and talkshow sessions with fans as well.

Kim Hyunjoong has been selected as the new face model for Lotte Duty Free Shop.

Kim Hyunjoong is the representative Hanryu star who’s debuted in 2005 and has since been receiving a wide range of love from all age levels across countries like Japan, Taiwan, Thailand, Hongkong and other asian regions where he enjoys immense amount of popularity.

All these while, Kim Hyunjoong has had experiences of endorsing for apparels, cosmetics, home appliances, banking industry, etc. He endorses most top brands of the country, and has been receiving attention as the No.1 model that public and firm industry personnels would like to recruit. As Kim Hyunjoong signs on with Lotte Duty Free Shop, it is expected that he will raise further awareness of Hanryu brands within domestic and in Asia.

Personnel of Lotte Duty Free Marketing department has told the reason behind why Kim Hyunjoong was selected to be their model. “Kim Hyunjoong-ssi has immense amount of popularity domestically and in various regions of Asia. I’m sure with his -a representative Hanryu star- joining in, a greater surger of synergy effect is expected to be produced along with the other existing models”.

End of last month March, Kim Hyunjoong has already recorded for Lotte Duty Free’s CM song ‘So I’m loving you’ as well as shot for its paper adverts.

It was said that Kim Hyunjoong was always cheerful whilst recording and shooting as he led the atmosphere vividly. Especially the CM song that Kim Hyunjoong sang was said to turn out as a joyous song that matches very well with Spring with its soft, gentle tone quality and distinct emotions that was portrayed by him.

Currently, Kim Hyunjoong is spending his time busily discussing for his next work and preparing for the release of his solo album.
Diposkan oleh Hyunited6686 di Rabu, April 06, 2011 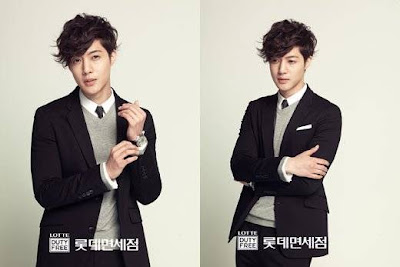 Singer-actor Kim Hyun Joong and Jang Geun Seuk are chosen to be Lotte Duty Free Shop’s representatives.
Ever since Kim Hyun Joong’s debut in 2005, he has been loved by people of all ages. He is an influential Hallyu Star with explosive popularity in Japan, Taiwan, Hong Kong, Thailand and throughout the rest of Asia.
Meanwhile Kim Hyun Joong has been an advertising model for clothing, cosmetics, electronics, finance and other top national brands. He also received attention for being ranked as the number 1 advertising model by the people in the public relations industry.

Last month, Kim Hyun Joong did print advertisements and recorded the CM song ‘Loving you (I’m so loving you)’ for Lotte Duty Free Shop. He always has cheerful expressions, taking the lead to brighten up the atmosphere of the recording and shooting sites.

Credit as tagged
Repost from: hyunniespexers
Taken from TFS store in Hongkong… 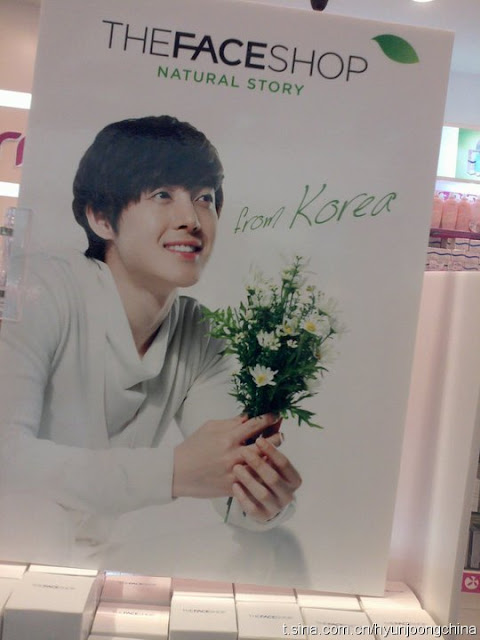 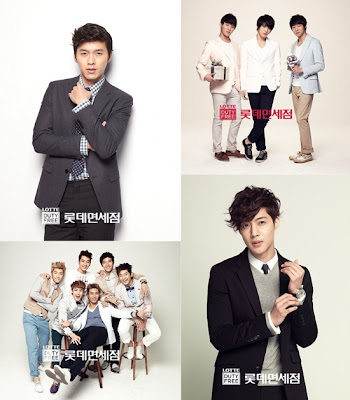 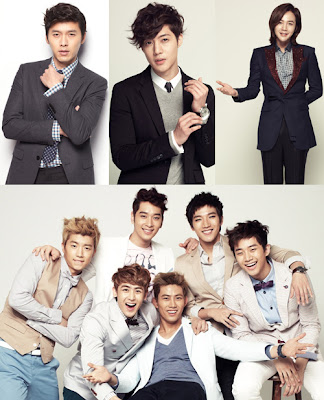 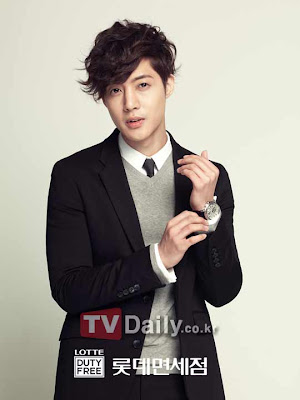 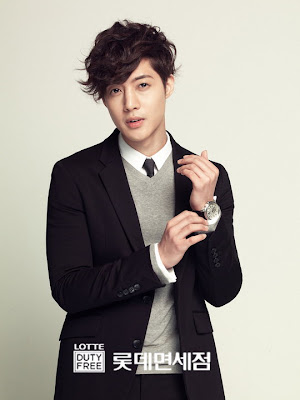 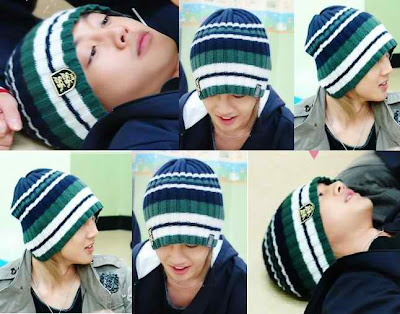 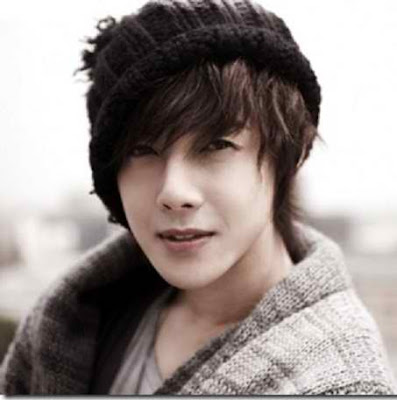 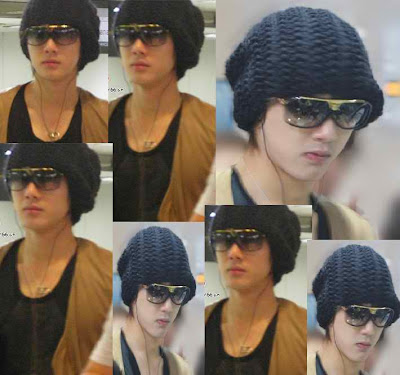 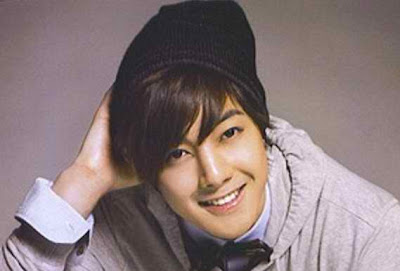 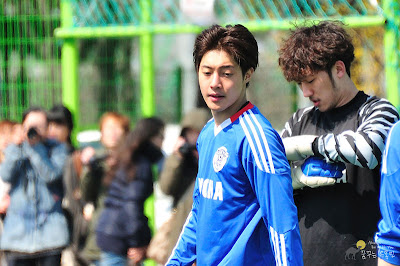 Thanks for @KimHyunJoongEsp for ur tweet.  Waiting for Eng trans.. ^^ 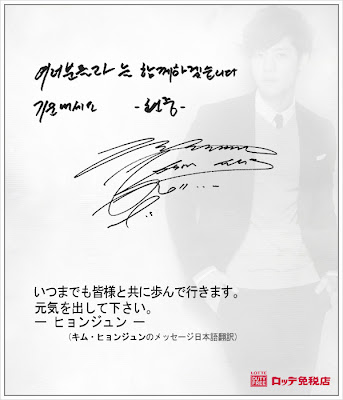 I will always be by your side
Everyone let’s work hard -Hyun Joong-
(T/N: The Japanese translation is the same as the Korean’s one.)
Diposkan oleh Hyunited6686 di Rabu, April 06, 2011 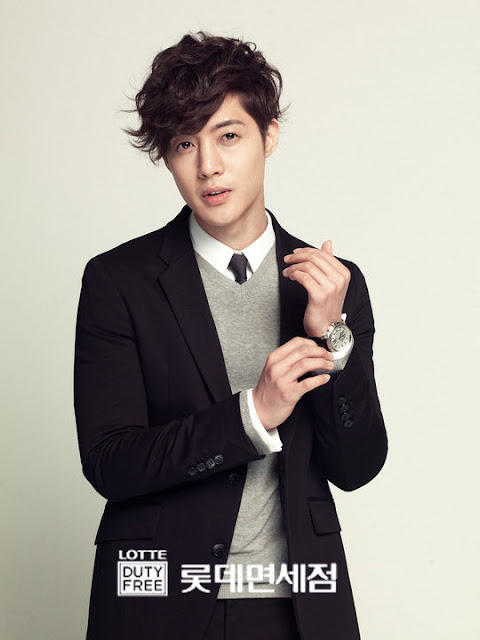