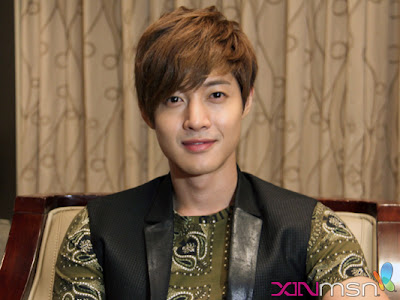 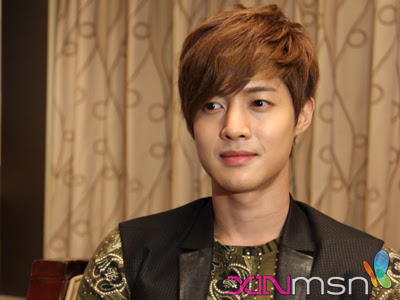 Korean actor-singer Kim Hyun Joong surprised fans when he relayed his desire to high-five all 3,000 concertgoers at his first Asia Fan Meeting in Singapore held last night. It was icing on the cake for everyone present when he selflessly continued that act of generosity and topped it up by presenting all attendees with a U:ZOOSIN t-shirt and brooch.

Anything for the fans, he says, and we're not even counting the dollars and cents (read: sense) involved in this exchange...

The "luckiest guy on earth" to be doing what he's doing right now, Hyun Joong's recent two showcases in Yokohama, Japan, sold out in mere minutes; tickets were balloted to pick 20,000 lucky concertgoers out of 60,000 applicants.

Rating his own performance thus far, the humble chap says he still has "a long way to go" to reach out to a global audience and "if there are 100 steps towards reaching my goal, I feel that I might be at my 10th step so far."

For someone whose mini-albums are accompanied by complicated dance choreography that gets "increasingly challenging" with each album, the 25-year-old assures he'll be dancing for "as long as my bones are still intact". Fans might even get to see him flaunt his guitar skills in future promotions and albums since he used to be a bass guitarist in school.

This charismatic poster boy of Korean beauty goods and preppy threads is as random as random gets. With a title album titled 'Lucky Guy', Hyun Joong shared a lesser-known tidbit about himself at his interview with xinmsn at Fairmont Hotel Singapore, and spoke about his superstitious habits.


"I'm not entirely superstitious for a lot of things but I have certain sides to myself. For example, when I have a good dream, I might go out and buy the lottery (laughs)," said Hyun Joong.
Then he continued, flashing a toothy grin, "Yeah, I just struck the lottery last week and I won 5000 Korean won."

When xinmsn mentioned his crystal encrusted iPad casing of crystals with a U:ZOOSIN character, Hyun Joong admits that flamboyant bling is not his cup of tea, but he tries to use it whenever he can "because it's something made by fans".

So what's he into these days after his previous fixation with Paladog in 2011?

After mulling over the questions for a good 10 seconds, he quipped, "Chinese chess".

"I learnt it when I was young and used to play it when I was young. But I didn't use to be good at it in my younger days and it comes with practice. Whenever I play against the computer, I may win two rounds out of three rounds [now]."

Despite looking knackered having touched down less than six hours ago, Hyun Joong cut himself no slack during the 16-minute-long interview. Although our plans to do a mini show-and-tell with Hyun Joong on his 'five travel necessities' was scraped by the management at the eleventh hour, the Korean star made up for it with his earnest answers, and struck us with his unabashed sincerity, unflinching love for fans, and of course, his 4D (aka eccentric) personality.
Is it even any wonder why he's so adored by thousands around the globe? 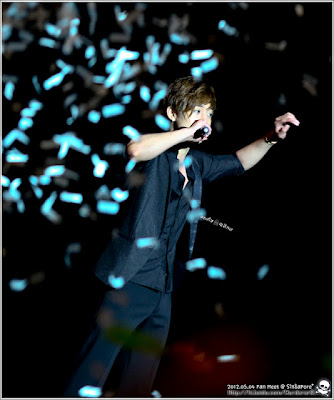 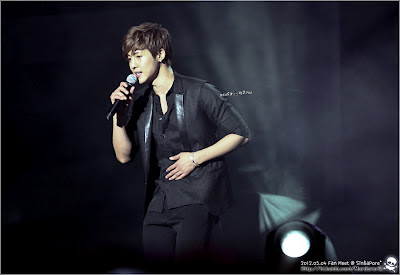 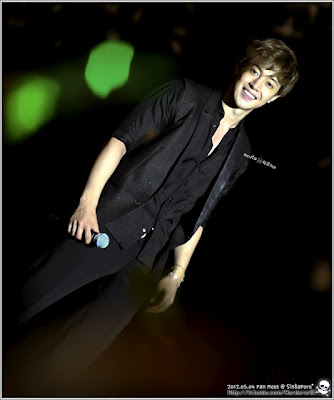 It felt more like a mini-concert with value-added fan interaction, going by the amount of songs Kim Hyun Joong performed for fans last night at the first stop for his Asia tour of Kim Hyun Joong Fan Meeting 2012 in Singapore.

Flanked by a total of 10 dancers, Hyun Joong opened the two-hour long show with fast-paced tracks such as 'Let Me Go', 'Breakdown' and 'Please', and upped the ante of the show when he flaunted his man abs at the end of his third song.

Singing and dancing non-stop to a total of nine songs from his boyband days, drama shows, and two mini-albums, Breakdown and Lucky Guy, he got his fans to participate in a sing-along for 'Happiness', with specially rewrote lyrics in English that went: Happiness without you, I cannot imagine it.

He got fans cooing when he added in Korean, "I feel that this song truly expresses my feeling to all of you guys. I'll put in my whole heart, and I really love this line so I've prepared it in English so that we can sing it together."

We revisit the top 10 highlights of Kim Hyun Joong's Singapore Fan Meeting 2012 below.Read on and relive the best moments now! 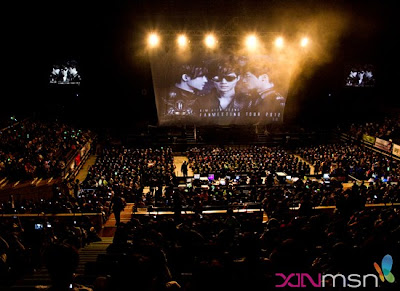 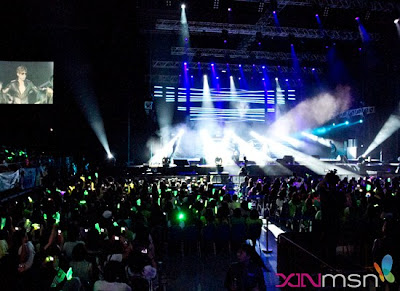 Credit: Crazynoona @ Facebook
Repost with full credit and link back to the site, Please. 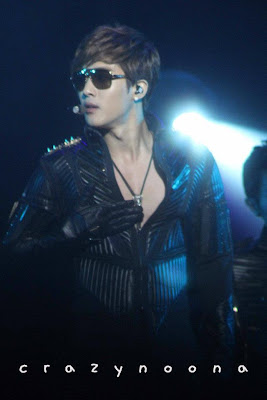 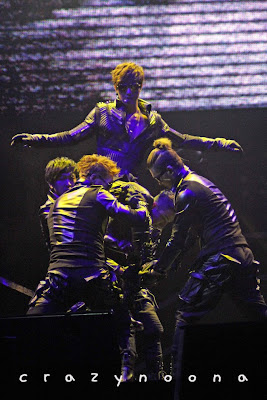 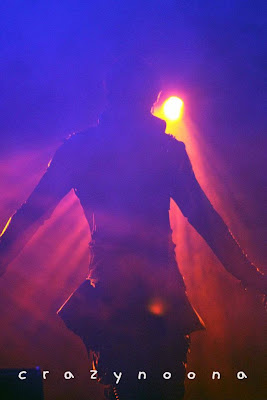 The show starts at 8pm with a special montage on how this ‘alien’ has landed in earth looking for peace and found the harmony here. It’s more like an introduction on how Hyun Joong wants to be potrayed by the fans and the audience.

Synonym with ‘God of Universe’ as a nickname, he managed to nail the attention from the starts till the end. Performing for  almost 10 songs, this fanmeeting really turned into a full scale concert, but he said lets enjoy this as a fanmeeting more than a full scale concert because a full full concert needed more efforts than this.

His showmanship on stage should be given two thumbs up with all the dances and the dramas that he created through the montages that have been prepared before hand.  We can see that he really put a lot of efforts and determination to make sure this solo Asia Fanmeeting is successful. Fans really see the different sides of him as what he has promised before to show to the public.

What makes it is called a fanmeeting as there are interactions between Hyun Joong with fans on stage. 5 lucky fans have been selected to go on stage and have a wonderful moments that they will never forget it for the rest of their life.

The event ended with the hi-5 session with all the attendees in the stadium. Hyun Joong personally thanks each of the fans with his billion watt smile though he’s just finished with the performances.

Thank you to the Running Into The Sun for the event and the memorable experiences that all henecians have created today. We really wish Kim Hyun Joong to stunt the Malaysia shore in the future and even have a succesful events for the upcoming fanmeeting  in Taiwan and Hong Kong afterwards.

We will leave all of you here with these photos so that you can judge it with yourself on how cool Kim Hyun Joong is today and always.

All official photos credit to : Running Into The Sun 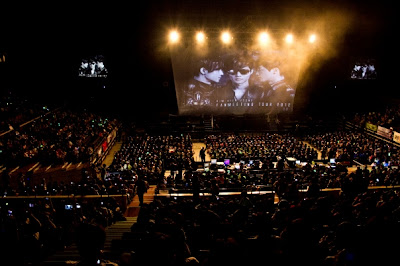 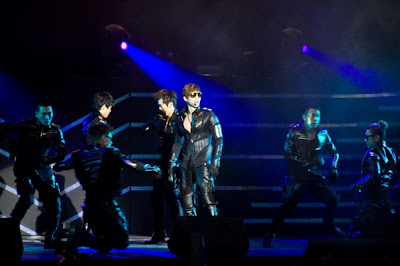