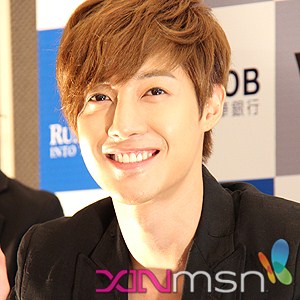 Lucky guy, Kim Hyun Joong let on the one reason why you should not miss his Asia Fan Meeting 2012 in Singapore.
"[I'll be] performing songs that even the Korean fans have yet to see me do on stage at the fan meeting on Friday."
With Korean music shows restricting performances to just the title song, the charismatic singer promised that the Singapore fans will be treated to a galore of performances that he has yet to showcase.

The 25-year-old arrived in Singapore yesterday to promote the Kim Hyun Joong Asia Fan Meeting 2012 and was immediately whisked off for the press conference, which was packed to the brim with reporters and bloggers from not just Singapore but neighbouring countries as well, at the Fairmont Hotel.

The fan meeting that will be taking place on Friday promises elements from a concert as well as a chance to get up close and personal with Hyun Joong.

To add a personal touch to the plump programme, the singer had personally filmed clips which will be revealed for the first time at the completely original show. Known for his cool and prince-like image through dramas such as Playful Kiss and Boys Before Flowers, Hyun Joong promised that the real him - playful and fun - will be evident in the video clips. 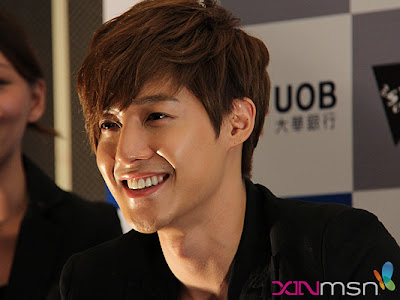 If that is not enough to show the singer's sincerity for his Asia Fan Meeting 2012 in Singapore, each member of the audience will also receive a set of T-shirt and brooch, featuring the U:ZOOSIN character.

"I want my fans to take home something physical other than the fun times such as the high-five that we will have [at the fan meeting]," the Korean heartthrob divulged during the one-hour long press conference, adding that the brooch is specially designed for the fan meeting.

Other than working on his Asia fan meeting, the singer will also be releasing his new Japanese album which will feature a collaboration with Japanese duo, B'z which Hyun Joong is a fan of.

The SS501 leader, who has been in the entertainment scene since 2005, disclosed that he had already started working on the next album which will only be released next year. Leader Kim shared that he believes the need to start early in order to improve and put in enough efforts to bring upon better music for his fans and urges everyone to anticipate his next release. 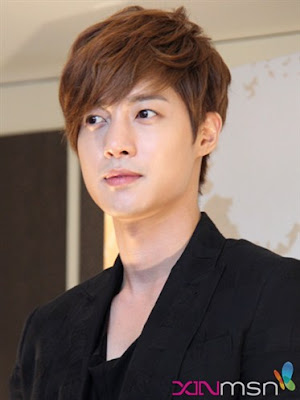 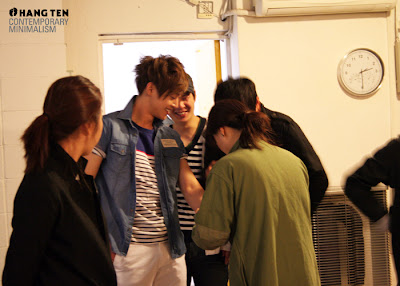 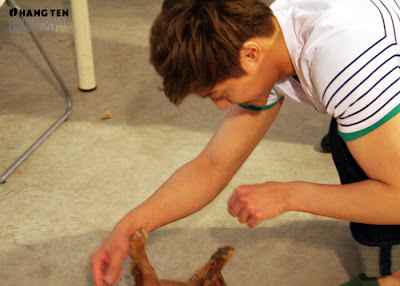 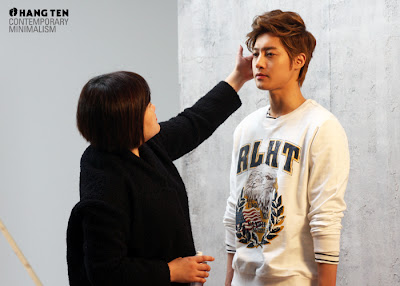 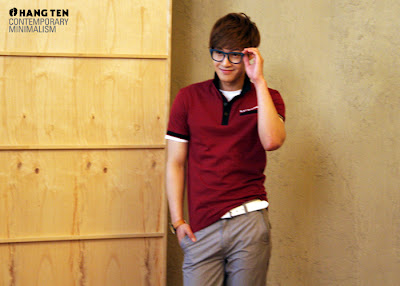