Jaksal Chicken
Kim Hyun Joong whose popularity explodes in Asia, in order to keep his promise, upon earning 1 hundred million won, opened “Jaksal Chicken” with 3 of his childhood friends.

One of his best buddy Choi Minsu disclosed, Kim Hyun Joong likes to eat fried chicken, so the 4 of them made a promise, whoever succeed first will open a fried chicken shop. Debut from idol group SS501, popularity is inexorable after acting in 「Boys Over Flowers」 in 2009, Kim Hyun Joong finally became the first to realize the promise.

According to Kim Hyun Joong, initially when the fried chicken business started, as it received much attention from fans and netizens, they received a lot of prank calls, “Kim Hyun Joong” this name eventually did not aid in making profits, and even got scolded by his partners.

Although Kim Hyun Joong only drop by to “supervise” the business occasionally before the shop closes, but the other 3 friends personally oversee planning of menu, choosing ingredients to serving customers, not just ‘boss-in-name’. Besides, different from other stars who loved to open their shops in high-class districts like Gangnam, Apgujeong, Shinsadong etc, Kim Hyun Joong’s fried chicken shop is located at outskirt of eastern part of Seoul at Seokchon-dong. The renovation in the shop is normal, if you can’t read the Korean words on the signboard, can identify the shop by the big headshot of Kim Hyun Joong on the signboard.

Other than original flavor fried chicken, they also came up with spicy flavor and peanut sauce fried chicken. Basically, the fried chicken is crispy on the outside and tender inside, most important of all it doesn’t have the foul oil taste like the oil has been recycled for many times, as for the new flavors it just have to depend on individual likings. 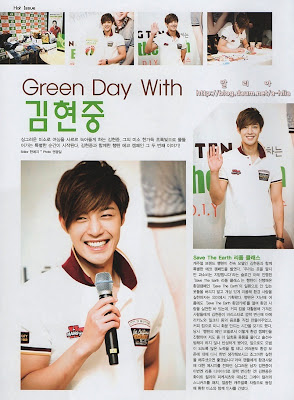 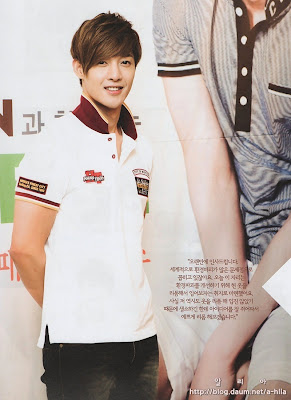 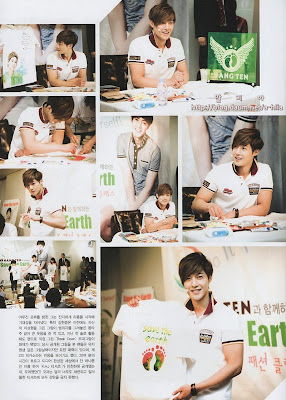