Thanks to Songjoongkith for sharing it on Twitter. As we know that the player no.9 is Kim Hyun Joong ^_^ 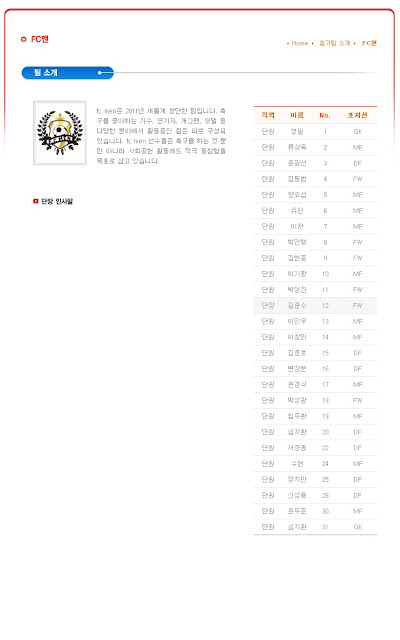 
Thanks to s2rene for the English translation ^_^

Last year, I produced the theme song for the 'Smile Project', the Japanese lyrics is very meaningful. Listening to Hyun Joong sings each word and sentence sincerely, that moved feeling, I'll always remember. 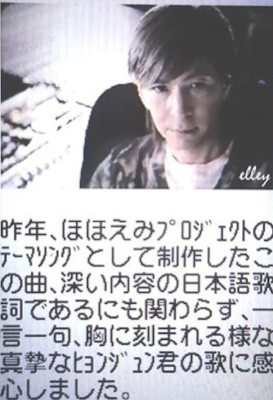 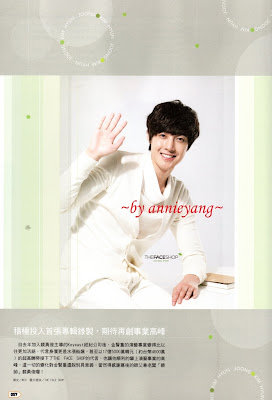 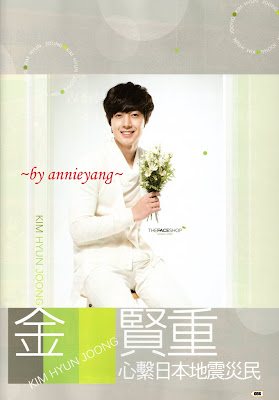 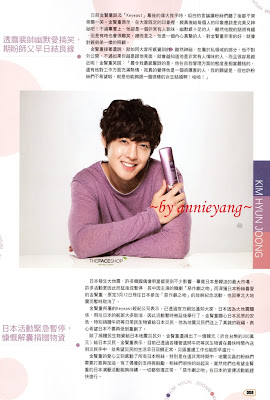 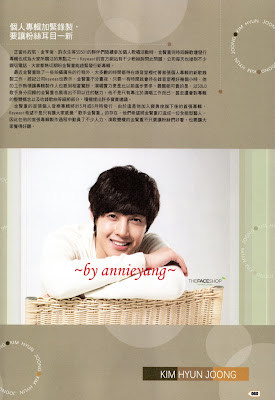 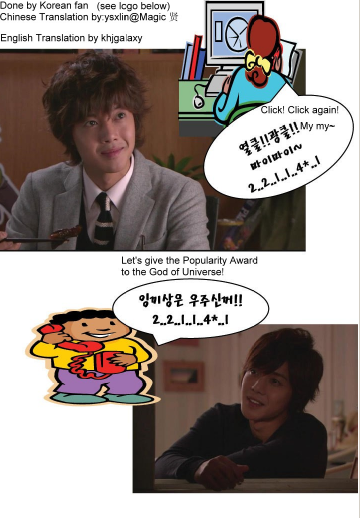 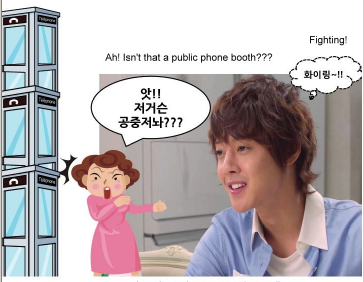 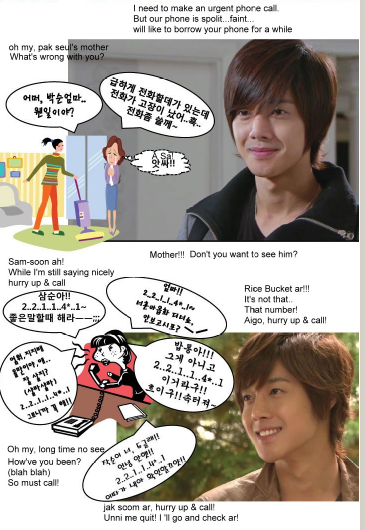 
Kim Hyun Joong held a free fanmeeting to thank his fans for their support on 31.3.2009 which was the last episode of 'Boys Over Flowers'. Every year on the last day of March, members of Miclub KHJ will gather to commemorate the date. Here are the photos of the gatherings taken by Miclub KHJ. 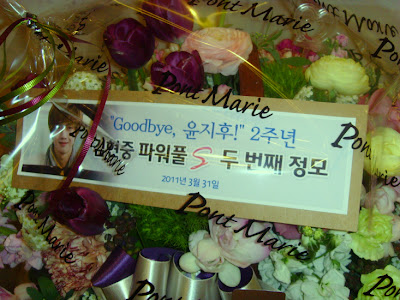 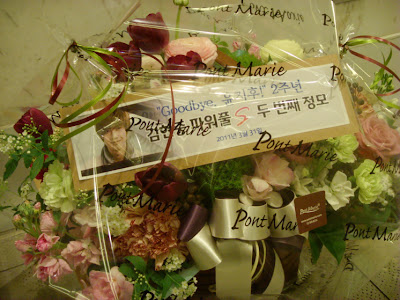 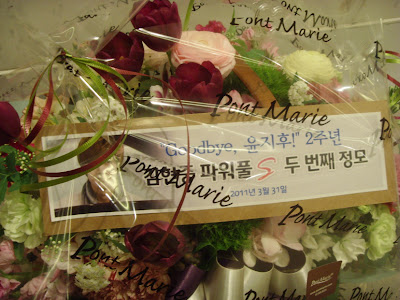 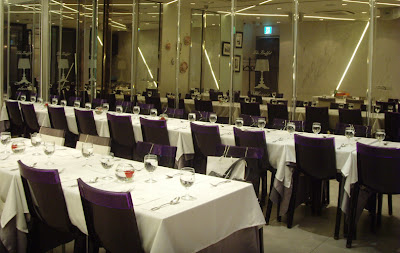 There are 3 music shows that give out No.1 trophy weekly.

For the mini album 'Rebirth', SS501's 1st week sales is 27 000 + . Second week sales is 13 000+.
That's how SS501 managed to win for two weeks. That's how much we need to buy to win.
And these figures do not come from 40 000 fans buying an album each.
It came from fans ordering more than 1 copies, from fansites buying in bulks.
If you can afford to buy more, why not buy more?If you can't, well you can start saving.
From today onwards, save S$1. Comes June, you 'll have S$60.
That will be enough to buy at least one album, depending on the price.

Album is more expensive than buying a song online.
Hence only fans will be willing to pay more to buy albums.
So album sales are completely dependent on fans, therefore it reflects the strength of the fandom.

The reason why digital sales have the most percentage is because it reflects the popularity of the song within the general public. The non-fans prefer to download one song than to buy the whole album as it is cheaper.
So it's fans VS public. No matter how big your fandom is, you're no match for the public. That's why it is hard to seize the digital sales market. Digital sales are not dependent on fans, it depends on the taste and preference of the general public. But that does not mean we don't do our parts as fans.

'One person's strength is small but combined together, the strength becomes big.' -Kim Hyun Joong

Mnet is actually cheaper than Soribada.
For Soribada, you need buy the Music Card which costs 7700 won.
They state that you can download 40 songs and unlimited listening.
What they did not tell you is that multiple downloads of the same songs does not count.
Only the 1st time you download the song counts into the chart, second or more is not counted.
This rule applies to ALL digital sites.
Whereas for Mnet, Streaming Coupon(for a month) costs 3300 won.
While the minimum top-up to download song is 1000won.
A download costs 600 won. Total cost = 4400 won.
So why spend 7700 won when you can just spend 4400 won to do the same thing.

So if you everyday save S$1, comes June, you can download 60 times!
However this means that you need 60 accounts. So start registering!
Wait until he makes his comeback, you'll too busy spazzing.
So may as well take advantage of this period with sparse news,
it's overwhelming to do so many things within one day,
but it's easier to make one account everyday. 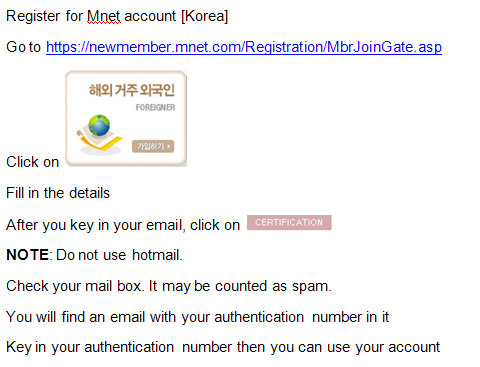 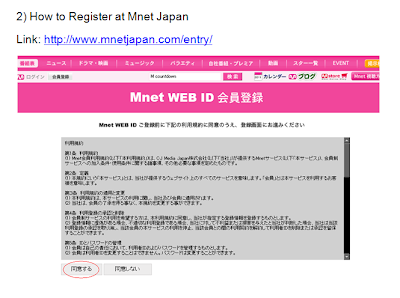 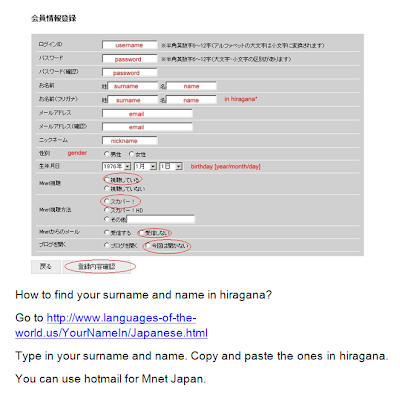 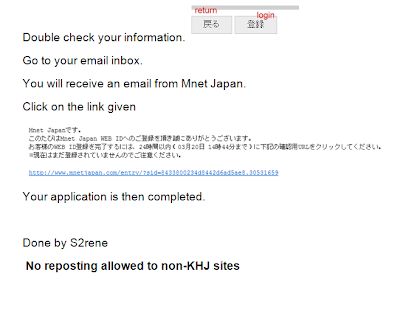 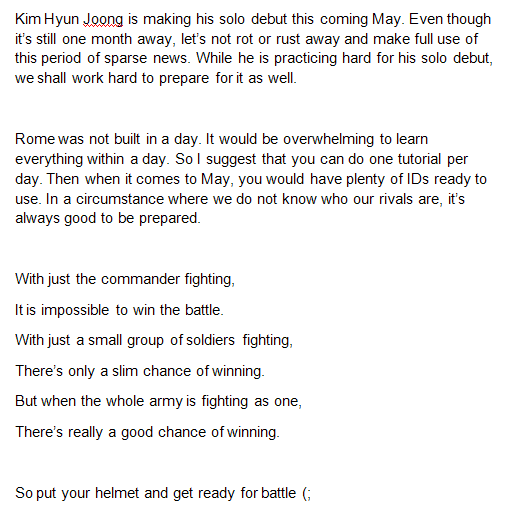 Go register!!! Start preparing!!!
I'll only upload the tutorials on how to vote, stream and download when his album is released.
TIP: Save your IDs and passwords into a document so that you will not forget
Diposkan oleh Hyunited6686 di Selasa, April 05, 2011 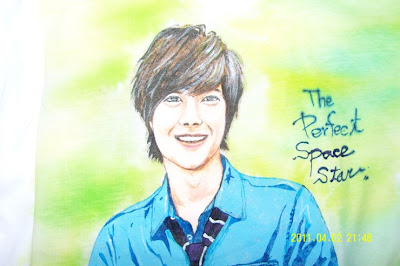 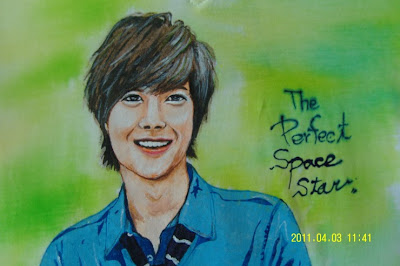 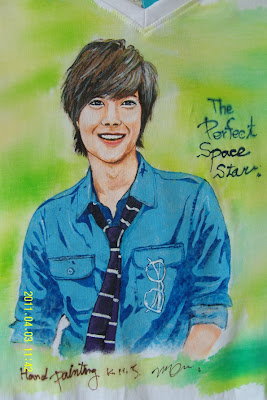 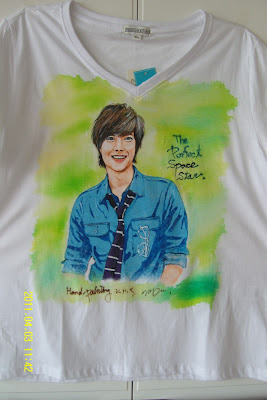