Heo YoungSaeng made his very first appearance in public TV through KBS2 TV ‘Music Bank’ broadcasted on 13-May. SS501 members came together for Heo YoungSaeng.

On this day, Kim KyuJong who is in the same company with him, as well as Kim HyunJoong, who is currently preparing for his solo album, came to the waiting room to support Heo YoungSaeng’s very first performance.

Heo YoungSaeng’s agency representative said to Newen in a telephone interview “Kim HyunJoong and Kim KyuJong came to the waiting room without prior notice, giving their support for Heo YoungSaeng’s solo debut. Heo Young Saeng is also very grateful towards the supports from the members.”

After moving agencies, SS501 focused on their solo activities, however the friendship between the members is shown once again. Even though Park JungMin and Kim HyungJun couldn’t go due to their individual activities, they have recently called him up to support him for his debut.
Diposkan oleh Hyunited6686 di Sabtu, Mei 14, 2011 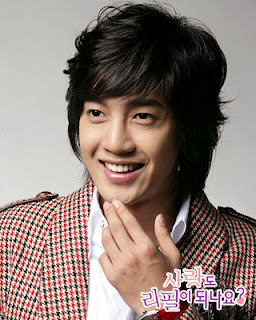 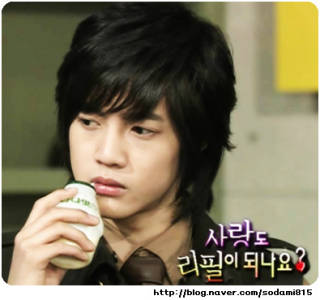 [Info] Heo Young Saeng's Thanks to - Mentioning all SS501 Members

Extracted from YS’s Thanks To: “SS501 member HyunJoong, KyuJong, Jung Min, HyungJun who cannot be left out in the Thanks To… Till we all became a superstar… Till the time when we are back as 5, let’s work hard!!! ^^ And to the lovely TripleS who always give SS501 and Heo Young Saeng your support, i really thanks everyone!!” 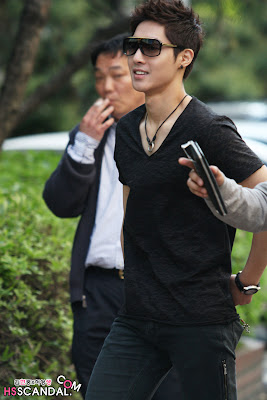 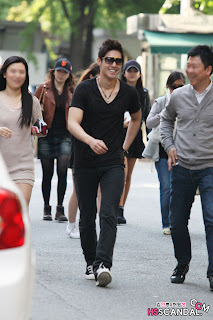 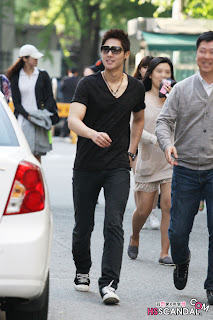 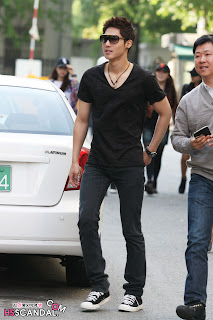 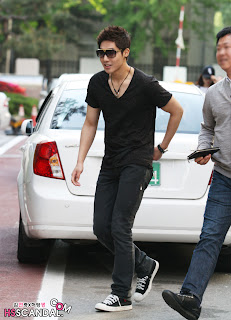 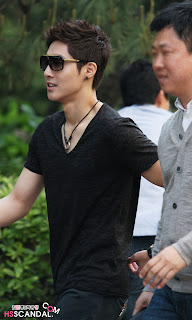 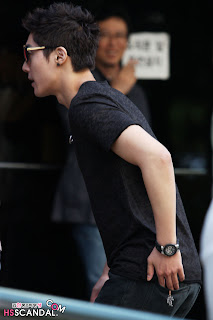 On May 13th, Heo Youngsaeng will kick off his first headstart through KBS2's 'Music Bank'. Because of that, SS501 members have gathered for that. At the waiting room on this day saw Kim Kyujong who's currently under a same agency as him. In addition, even Kim Hyunjoong who's currently preparing for his solo album had found his way there to root on for Heo Youngsaeng.

Heo Youngsaeng's agency talked to Newsen in a phone interview on this matter, "Kim Hyunjoong and Kim Kyujong found their way to the waiting room secretly to give their support for his solo debut", "Heo Youngsaeng himself too was extremely thankful for that", as was revealed.

After moving into respective agencies and focusing on each's work, it is once again proven of SS501's friendship amongst one another. It was known that because of their respective schedules on this day, Park Jungmin and Kim Hyungjun couldn't make their visit there, however they have already relayed their support through the phone to Heo Youngsaeng before this.
Diposkan oleh Hyunited6686 di Sabtu, Mei 14, 2011 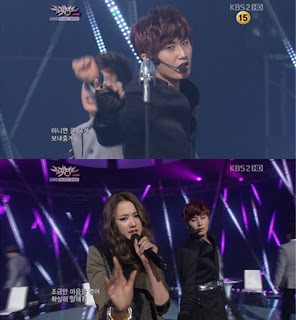 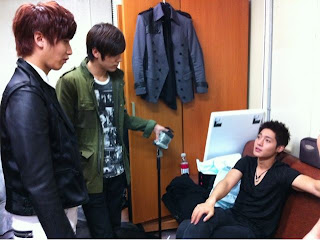 [News] Heo Young Saeng makes his debut on Music Bank
﻿After promoting as SS501′s vocalist for seven long years, Heo Young Saeng made his debut as a solo on today’s episode of “Music Bank” with his title track, “Let It Go“!
As it was his first solo debut stage, Young Saeng was buoyed by the presence of his SS501 group mates, Kim Hyun Joong and Kim Kyu Jong who showed up backstage to show him their support.
Produced by Sweetune, the song describes the different ways men and women approach love, and the misunderstandings that result from it. Joining Young Saeng is 4minute’s HyunA with a rap part expressing the inner feelings of women although she didn’t appear on stage due to another schedule.
This urban pop song has both a simple but strong beat with a combination of both ballad and dance and an upbeat chorus that brings out the best in Young Saeng’s sweet voice and HyunA’s powerful rap.
Diposkan oleh Hyunited6686 di Sabtu, Mei 14, 2011