Lyle Beniga, Break Down's choreographer in his latest blog and his upload this photos ..... ^___^ 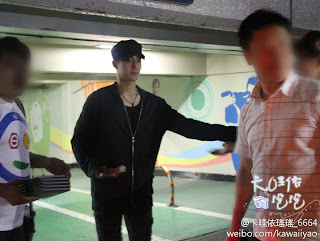 Eng Trans
After the radio program finished, walking towards the carpark... taking over the stuff fans giving it to him. What I can see is, even though his manager may prevent it between leader and the fan, but to Hyun Joong he himself will just go over to the fan and get the fan letter from her which she has real difficulty in passing. Moreover, when leaving the carpark, he will ask the car to drive slowly out so that he have enough time to wave the fans goodbye. If there is anyone saying that he is not warm towards fans, which means you really do not understand him. You just dont know what this silly boy is really silently wanting to know and really care about the fans.
===ORIGINAL FAN ACCOUNT===
电台结束贤从停车场走出上车时一一接过饭送的东西。我看到的是，尽管经纪人会阻拦在
贤和饭之间，但是金贤重这个人就是会自己高举起手去够饭很不容易递过来的信。而且在
离开的时候车开得很慢很慢，足够大家跟他挥手告别。如果有人说他对饭冷淡，那是不了
解他，不知道这个傻子真的默默的在意着饭的一切。
Diposkan oleh Hyunited6686 di Sabtu, Juni 18, 2011 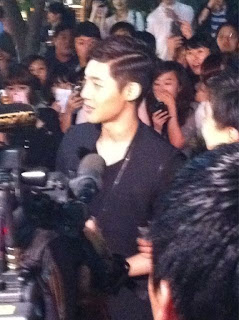 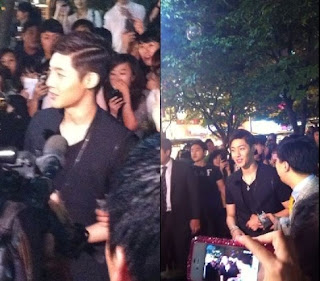 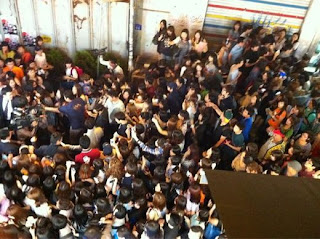 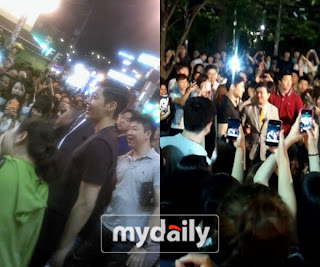 And we’re back with another ranking from Mnet’s “Idot Chart Show”!
This time the chart ranks “Idols from Mars”, which focuses on idols with unique, unusual, and silly personalities.
Check out the ranking below!
2. Kim Hyun Joong (SS501)
Diposkan oleh Hyunited6686 di Sabtu, Juni 18, 2011 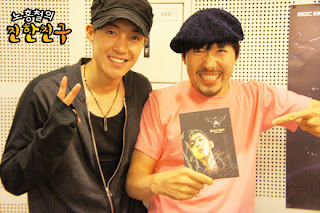 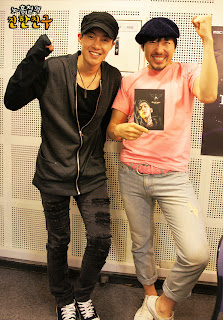 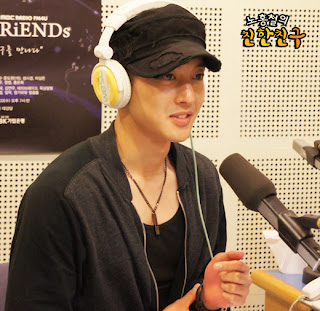 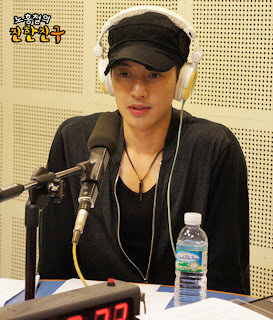 This is what happened after Mubank encore. ^^ 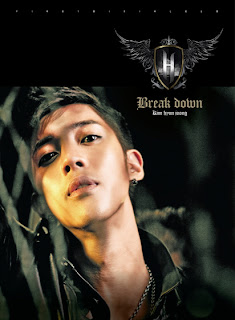 This is the period where smartphones are getting more and more publicized everywhere around. Indeed true that most stars these days use smartphones. Whether for promo shoots relating to work, or during free intercession breaktimes during recordings, stars have the tendency to play the games on their smartphones and or watch videos to pass time. Smartphones are certainly the effectively one of a kind tool for them to pass time.
In addition, even smartphone companies have this ongoing promotion sale for celebrities who buy from them. And so because of this, most of the stars are using smartphones. There are even some stars who have 2~3 handphones with them.
However, amidst such a trend, there are, too, stars who don’t use smartphones. And he is none other than Kim Hyunjoong who’s recently made his solo comeback with a new album. Kim Hyunjoong is currently using an old model folder phone. Kim Hyunjoong has also mentioned himself that he’s never used a smartphone at all before. So what exactly is the reason why Kim Hyunjoong doesn’t use smartphones?
Recently, Kim Hyunjoong who met up with our eNews said to this, ”Smartphones are inconvenient, whereas a normal phonepiece is convenient”. In fact, Kim Hyunjoong’s handphone was recently spoilt and he actually got a new handphone too. Despite given the chance to, he still again selected and went for a folder phone. A related personnel from his agency has commented, ”Kim hyunjoong doesn’t show any kind of stark interest to any latest gadget and whatsnot”, ”He finds that smartphones are inconvenient and has insisted to use the original style of phone that he’s always been using”.
Kim Hyunjoong is a star who’s almost insensitive to the latest trend at all. He doesn’t play mini homepages. Twitter or even SNS*. Since he doesn’t own a smartphone, it would obviously be hard for him to use SNS too. A related personnel who knows Kim Hyunjoong very well has divulged, ”Rather than to say that he wants to maintain his mysterious profile, it is more apt to say that he doesn’t exactly enjoy communication through the internet medium”, “Kim Hyunjoong likes to share talks with people by meeting them directly and personally, rather than over the net. The matters he thinks of is not like a 1986 at all. He has trend sensitivity just like those in their 30s”.
*SNS is Social Networking Service. 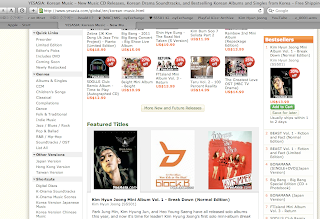