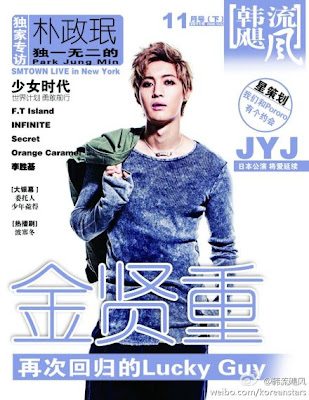 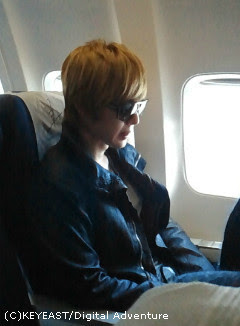 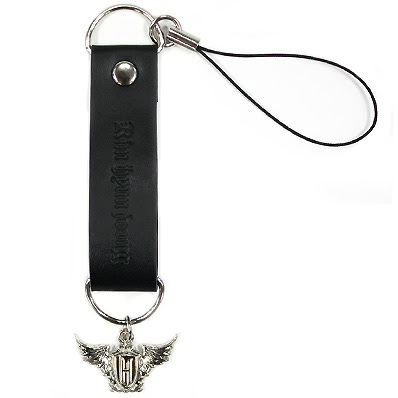 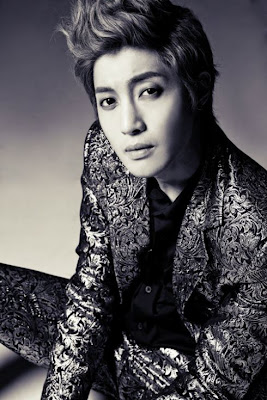 
Kim Hyun Joong made a comeback in October with his 2nd mini album and placed on top of the K-Chart on KBS ‘Music Bank’ with the song ‘Lucky Guy’, on the week that he came back. He put on flawless live performances on stage and is having a very successful promotion so far.


The limited edition album sales began in the afternoon of the 10th and some of the servers crashed overrun with requests. Fans have been protesting with requests for additional copies to be produced and the calls haven’t stopped since the pre-sales ended.


Kim Hyun Joong has sold over 200k albums this year with ‘Breakdown’ and ‘Lucky’. He is currently on tour across several cities in Japan.
Diposkan oleh Hyunited6686 di Sabtu, November 12, 2011

Credit: http://hi.baidu.com/murdererq/
Reposted by kathysbench
Repost with full credit and link back to the source, Please.
DO NOT RE-EDIT
Kim Hyun Joong is so handsome. Thanks a lot to MurdererQ for the best pictures. For those who upload these pictures, DO NOT RE-EDIT, please. 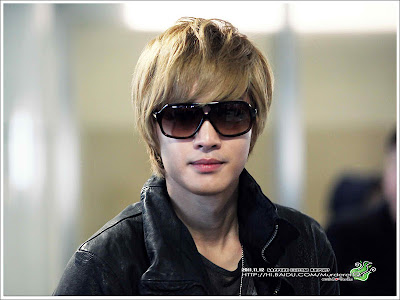 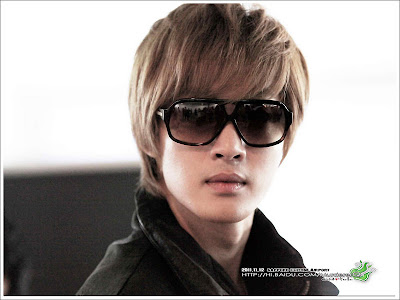 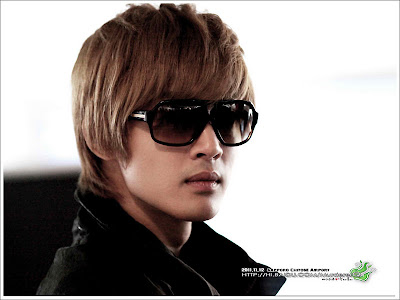 Not only was the album completely sold out for pre-order, the flood of fans logging in at once caused servers to crash.
Key East Entertainment stated that the limited edition album was created to express Kim Hyun Joong’s gratitude for the fans who’ve shown his album much love. The limited edition album will contain merchandise decorated with Kim Hyun Joong’s official character ‘U:ZOOSIN’ and 50 pages of never-before-seen photos.
Fans have already petitioned for a release of more pre-orders, since many were unable to purchase theirs in advance with the servers crashing.
The limited edition will be officially released on November 14th, and will be available for sale in record stores.
Source TVdaily via Nate,
(y)

In the episode of YTN’s News And Issue that aired on the 11th, actress Hong Soo Hyun talked about her appearance in Kim Hyun Joong’s music video of “Lucky Guy.”
Hong said, “My own definition of ‘Lucky Guy,’ is a person with a mature inner character,” revealing her ideal type. Then she added, “As we’ve shot the music video together, I found out that Kim is a very kind guy who makes people feel comfortable. He’s very charming.”
In addition, she mentioned of the character Jeong Jong from KBS 2’s drama series The Princess’ Man which closed in October, saying, “Jeong Jong gives everything to only one woman he loves. Those guys are also my type.”
Source: TV Report
(y)
Diposkan oleh Hyunited6686 di Sabtu, November 12, 2011

Kim Hyun Joong recently held a press conference revealing that he has signed with Universal Music Japan, and announced the expected release date of his first Japanese solo album.
The star had his first showcase in Japan on November 7th, and has been receiving numerous “love calls” from big record labels since then. Out of all the offers he received, Kim Hyun Joong decided to go with Universal Music, the label that houses Korean artists like SNSD, KARA, B2ST, 4minute, and Supernova.
Universal Music stated, “His powerful performance during his showcase in July left an impression. Kim Hyun Joong has a unique charm that is hard to find in other Korean idol groups that are currently promoting in Japan, so we’re sure his solo activities in Japan will be successful.”
Kim Hyun Joong will be touring around 8 more cities after his first concert in Osaka on the 9th, and will release his first Japanese solo album on January 25th of next year.
Source + Photo: Sports Chosun via Nate, Osen
Diposkan oleh Hyunited6686 di Sabtu, November 12, 2011 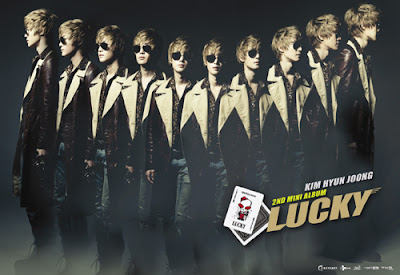 Kim Hyun Joong’s second mini album Lucky was sold out as soon as an online site for sale by prescription was opened.


The agent said,”Kim Hyun Joong’s limited album will be released. The album is for the fans who have supported him and loved his second mini album. Kim wants to show the fans his appreciation with this album. In the limited album, a lot of products and contents crested Kim Hyun Joong’s official character present the process of the album and Kim’s behind stories.”


On the 10th, an online site for sale by prescription for the limited album, Lucky, was disconnected and its server was down.It was because that everyone who wanted to buy the album came in all at once. Others who couldn’t secure it on lay-by kept asking for additional production and have paid lots of attention.


In the limited edition, Kim’s second mini album CD, fifty-page undisclosed pictorial, coins and triumph cards crested Kim’s official character,U:ZOOSIN, are included. They are for sale at the shops starting on the 14th. 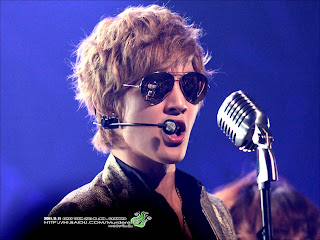 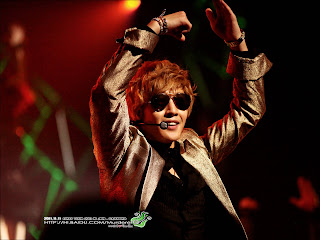 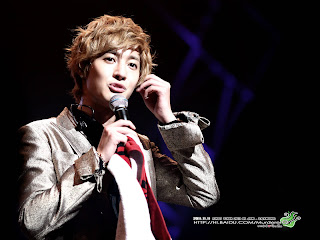 Only one photo teaser... and it said that Limited Edition of KHJ caused the server down! (translated  @ OnlyKHJtimes).

Singer Kim Hyun Joong announced the release of his solo album in Japan.
Kim revealed he will be releasing the album on January 25 of next year at a press conference held at the Osaka International Convention Center in Japan on November 9.
According to a report published on online newspaper Oricon on November 9, Kim will kick off his eight-city tour of Japan in Osaka.
Not only is the concert, which is expected to draw 30,000 fans, the largest yet for any Korean solo artist, the tickets for the show sold out in record time, confirming the singer’s popularity in the country.
“I will give [the fans] an awesome show,” said Kim at the press conference. “I also want to have a ‘communication time’ that matches the distinct characteristics of each city.” The singer drew cheers from fans when he said, in Japanese, “Get excited today.”
Kim continued, “My dream is [to perform] at the Budokan in Japan. Next, an arena tour, then a concert at the Tokyo Dome. I will try my best to make my dream a reality as soon as possible.”
Kim’s first mini album Breakdown, which was released in June, sold 110,000 copies, while his second mini album Lucky sold more than 100,000 copies within three weeks of its release in October, the most of any solo artist in 2011.
Photo credit: Kim Byung Gwan
(y)
Diposkan oleh Hyunited6686 di Sabtu, November 12, 2011

Good news! KHJ’s new MV for his digital single that will be releasing on mid-December, he will be using one of the selected photo that fans had sent him within this period (11th Nov – 18th Nov).
Send in your most memorable moment photos of you and your friends/family/girlfriend or boyfriend/son or daughters/ partner to event@hyun-joong.com and your photo got a chance to appear in HJ’s new digital single MV ^^
Format:
1. Title: Kim HyunJoong’s MV photo
2. Contents:
a)  Name:
b)  Official homepage ID:
c)  Contact details:
d) 2-3MB file size of your photo (1 copy)
(y)
Diposkan oleh Hyunited6686 di Sabtu, November 12, 2011

Kim Hyun Joong’s Japanese Tour ‘Kim Kyun Joong’ kicked off with a fan meeting in Osaka on November 9th.
Kim Hyun Joong will be touring a total of 8 Japanese cities for 11 events and fan meetings. Kim Hyun Joong left Korea on November 8th for the tour. Kim Hyun Joong himself had suggested the tour because he wanted to communicate with his fans more closely touring around different regions in Japan, jumpstarting the tour. It is said that Kim Hyun Joong started rehearsals in Osaka as soon as he arrived
Kim Hyun Joong’s final rehearsal the day of the fan meeting is said to have impressed the staff on location with his passion and perfect stage manner as if the actual performance.
Once to the Osaka fan meeting was kicked into gear, Kim Hyun Joong personally led the talk with more intimate time with the fans having fans suggest the specialties and special places in Osaka.
Kim Hyun Joong also put on an energetic performance in front of 2,500+ fans singing many of his hits including, ‘Break Down’, ‘Please’, and ‘Lucky Guy’. The fan reaction was explosive yelling out “Hyun Joong” or “Hyun jjang’ throughout the performance.
The ticket sales for the Japanese Tour fan meeting that started in September received heated reactions with over 90,000 fans applying, resulting in the tickets being sold out immediately. For the Japanese fans who were not able to purchase the tickets who continued to request more dates, 3 more performances had been added.
Kim Hyun Joong will continue his fan meetings which started in Osaka now, with other cities like Sapporo, Sendai, Hiroshima, Yokohama, Nagoya, Tokyo, and Fukuoka to meet more fans.
Source: Chosun via Nate
(y)
Diposkan oleh Hyunited6686 di Sabtu, November 12, 2011