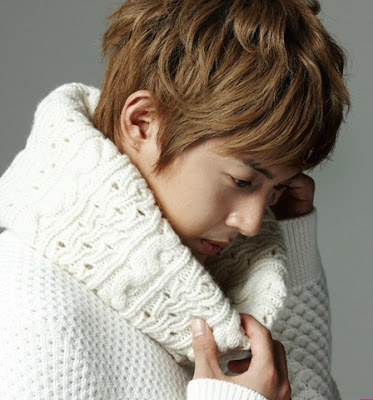 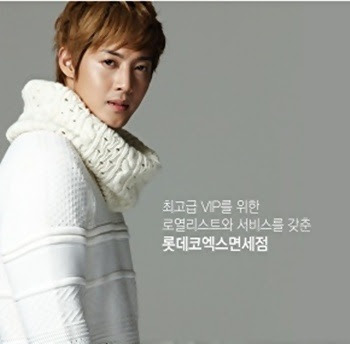 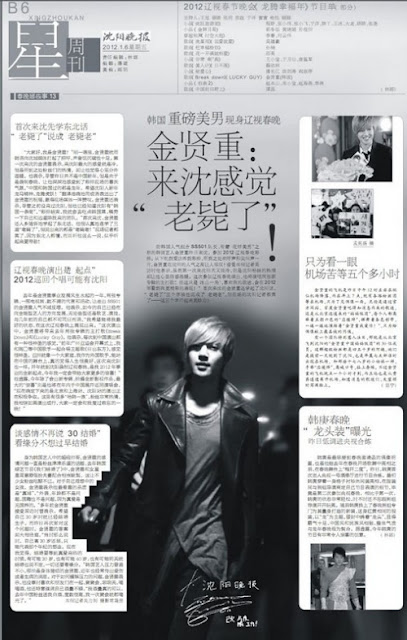 Former leader of popular Korean group SS501, the Korean artiste with the nickname ‘Flower man’ visited Shenyang yesterday and participated in the Liaoning TV Spring Festival Night’s rehearsal. From the moment he alighted from the plane until his interview and then rehearsal, wherever he went, there were cheers and screams throughout; Kim Hyun Joong’s popularity in Shenyang is truly amazing.
In accepting this paper’s interview, he expressed that although it’s the first time he was visiting Shenyang and the weather was very cold, but the passion of Shenyang fans made him feel warm at heart.
For the performance of the LNTV Spring Festival Night, he would be singing the title tracks of his two new albums:
“But this is just the ‘tip of the iceberg’. Fans who like me will be seeing more exciting performances from me in 2012!”
Baca selengkapnya »
Diposkan oleh Hyunited6686 di Kamis, Januari 12, 2012

According to the January 10 issue of the official digital gazette of the Ministry of Public Administration and Security, the Ministry of Gender Equality & Family (MGEF) has revoked its decision to rate Kim Hyun Joong’s “Please,” from his album Break Down, as harmful to youth. The album was released last June.
This is a follow-up measure from the legal decision made by Seoul Administrative Court in December 2, 2011, in favor of Kim’s agency when the agency filed a revocation suit on the rating.

The verdict is also based on the fact that the main theme of “Please” is feelings of missing an ex-girlfriend, so some part of the lyrics relevant to drinking or smoking are considered to be necessary to effectively express the narrator’s sorrow over the breakup.
In July last year, the MGEF decided to rate the song as harmful to youth because of the lyrics that mentioned drinking and smoking.

Recently, B2ST won a similar legal decision in favor of one of their songs.

In B2ST’s case, the Seoul Administrative Court ordered the MGEF to revoke its previous decision rating the song “On Rainy Days” as harmful. This song also had some lyrics that mentioned drinking.

B2ST’s agency had filed its suit on September 25, saying, “’On Rainy Days’ has a few expressions related to drinking. We believe that the relevant lyrics in no way encourage or glamorize teens’ drinking. The main theme of the song is just the sadness of parting.”
Source: Starnews
Diposkan oleh Hyunited6686 di Kamis, Januari 12, 2012