Meet “Kim Hyun Joong” at Madame Tussauds Busan in December 2012!
It has been an issue that he donated his original concert costumes to us which he has been worn during his 2012 Asian tour.
Guess the pose of his figure and click like and share it with your friends! 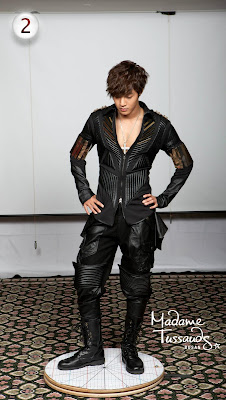 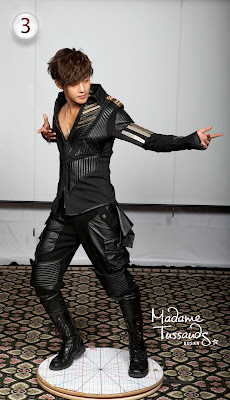 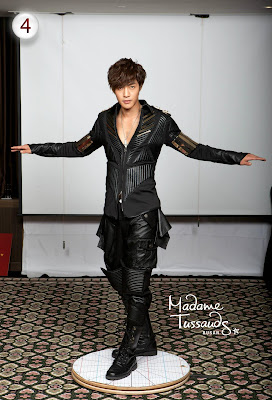 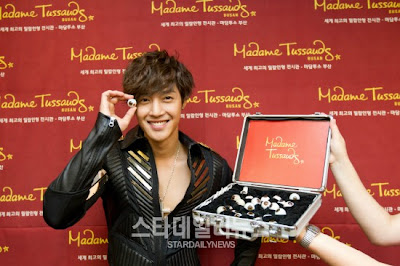 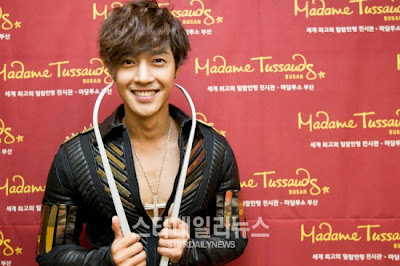 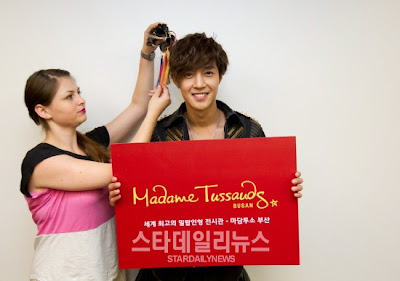 Kim Hyun Joong′s wax figure will be unveiled to the public in December.

The hallyu star was recently selected to be made into a wax figurine for the renown Madame Tussauds. He took part in a 3-hour sitting for the museum as his figure and appearance was studied on a 360-degree turning table for the wax figure makers.

After carrying out a detailed mapping of his full figure, the dimensions and blueprint were sent to the Madame Tussauds studio in the U.K., where his figure has been in production since.

Busan Madame Tussaud’s marketing chief Lee Jung Hee said, “We’ve seen an increasing number of visitors to Madame Tussauds in Korea from Shanghai, Hong Kong, Bangkok and other Asian cities as the interest in hallyu stars is also increasing. In particular, Kim Hyun Joong enjoys high popularity not only in Korea but all of Asia and there is much interest in his upcoming wax figurine.”

The wax figurine will be unveiled sometime in early December.