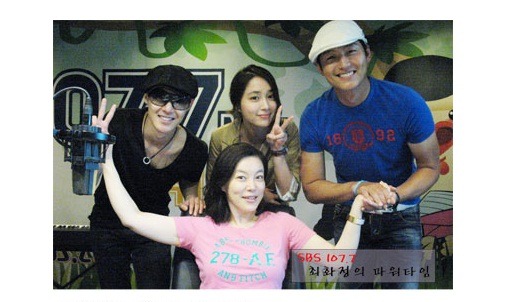 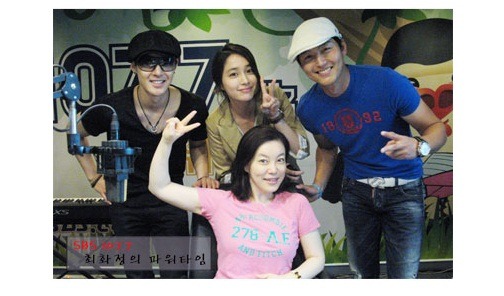 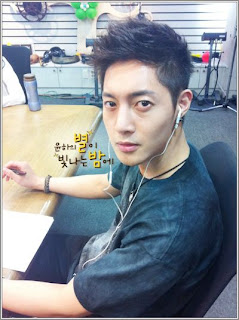 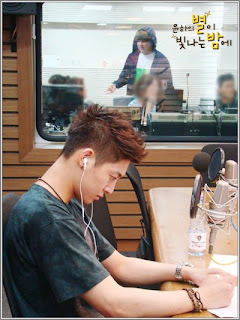 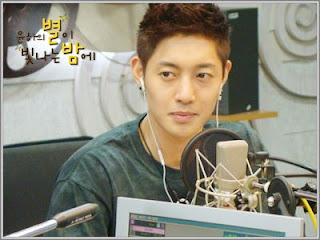 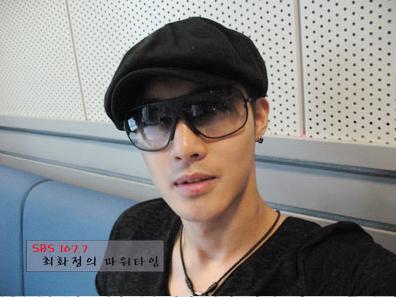 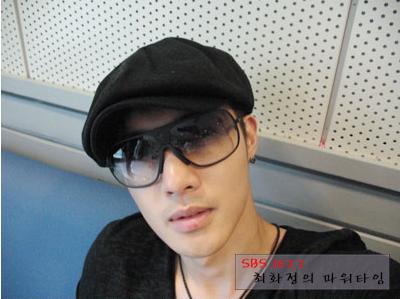 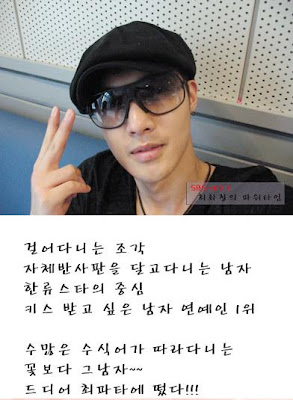 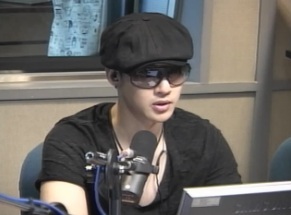 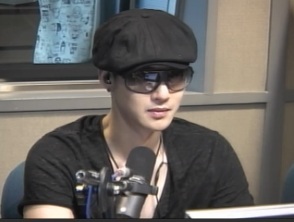 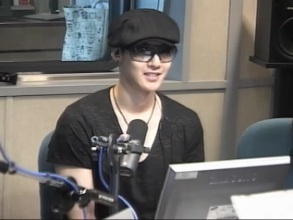 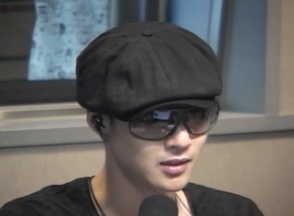 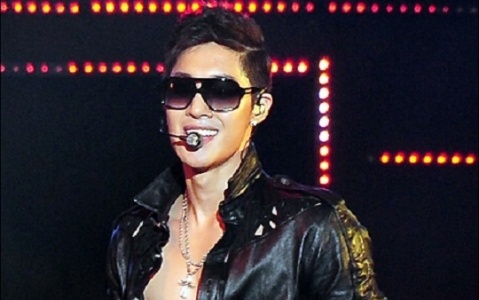 During the interview he talked about his having received the “Infinity Challenge” test for the rowing/crew special. Kim Hyun Joong said, “I gave up in the middle of it. I took a 1km test and that length is hard to even walk but rowing…” “I wonder if Infinity Challenge will succeed?” and he stuck his tongue out.

Recently Kim Hyun Joong appeared on “Golden Fishery” and he revealed many things about himself such as plastic surgery. Kim Hyun Joong was asked, “Were there any parts that were edited out?” He replied, “I don’t remember. While filming it felt like I had opened up my head and taken out my brain.”

On the June 13 episode of SBS’s Night After Night, Kim Hyun Joong revealed that he had three kinds of inferiority complexes about his looks.
When asked if he had any complexes about his appearance, he first pointed out his beard.
All the emcees of the show said in chorus, “What’s the problem with a grown-up man’s beard?” Kim set the whole take in a roar by responding, “It has been difficult for me to reconcile growing beard with me as an idol. I can’t accept that my facial hair continue to grow.”
Then, he viewed his dark under-eye circles as one of his complexes. He jokingly says, “When I take off my face, even I’m often surprised by my dark circles under my eyes. To resolve the problem, I had better quit drinking, but as you know, it’s such a hard habit to break.”
His last complex, as he pointed out, was his rather dark complexion. He confides, “My hidden body is actually white, but my various outdoor activities including playing soccer turned my face brown. When I look into a mirror while taking shower, I get to think that I look like a matchstick: my torso white, and my face brown.
He raised a burst of laughter by saying, “I’ve closely observed other male celebrities, so I found that Cha Seung Won looked more like a matchstick even than me.” Then he excellently imitated Cha’s way of speaking in the MBC drama series The Best Love. 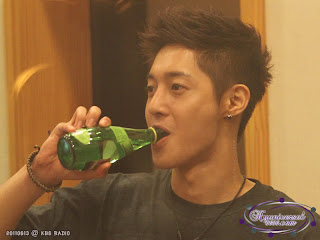 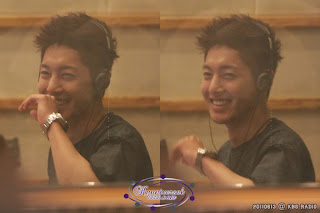 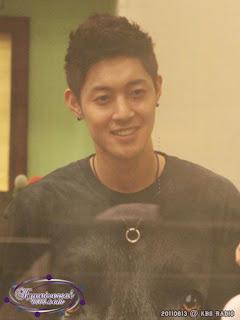 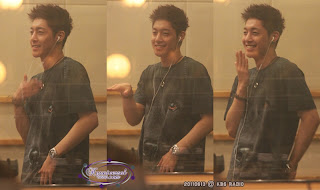 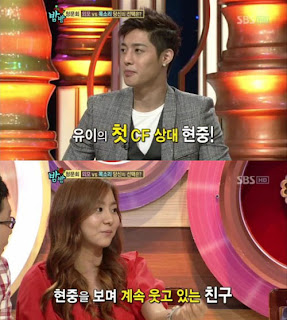 Affter School’s UEE shares her story of her first encounter with SS501′s Kim Hyun Joong causing firing jealousy in many fan girls.
On the June 13th airing of SBS’s Night After Night, UEE confessed, “I first saw him during a CF (Commercial Film) shoot, we held hands right as we met.” She also added, “My coordinator is a fan of Kim Hyun Joong and laughed when she saw this. She had eye contact with Hyun Joong while asking me if I was happy [to hold hands with him], she was really embarrassed.”
UEE then came to her coordinator’s defense and reassured Hyun Joong that her coordinator was not talking to him when she jealously made that comment.
It was clear that Hyun Joong was infatuated by UEE’s presence; the shy flower boy also confessed, “When I first saw UEE, I was secretly making a fuss about how pretty she was in the back.” When he was asked how it felt to hold her hand by MC Park Myung Soo, Hyun Joong confessed that it felt “good.”
Baca selengkapnya »
Diposkan oleh Hyunited6686 di Selasa, Juni 14, 2011 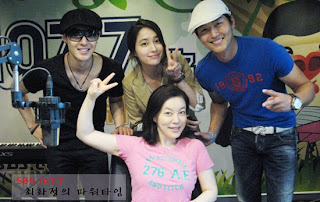 On June 14th, SS501 leader Kim Hyun Joong dropped by SBS Power FM’s “Choi Hwa Jung’s Power Time” for an interview, during which he openly confessed that he dated a female celebrity for approximately ten months.

When DJ Choi Hwa Jung asked, “Have you ever shown any interest to a female celebrity, or have you received a confession from them?”, Kim Hyun Joong responded, “Yes, it’s true.”
When asked how many, the singer responded, “I didn’t get any confessions, but I did date someone. We met for about ten months.”
Musing, he continued, “I made kimchi fried rice for my girlfriend one time,” stunning fans with the romantic side of his personality.
Kim Hyun Joong also commented on his ultimate ideal woman, Lee Hyori: “I wouldn’t like to meet Hyori nuna while I’m drinking. She’s a nuna that I respect and receive a lot of help from, so I don’t think I’d be able to drink with her comfortably.”

Credit: naver.com
Screencaps: hyunited6686
Wow, we still can't believe that our post will be appeared at NAVER top search. Thank you so much to all of you~ ^^ (all screencaps taken at June 14th 2011)
Let Me Go lyrics - http://t.co/FlZVLrt 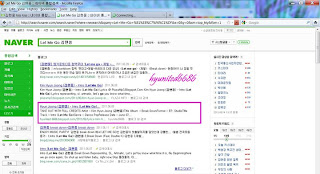 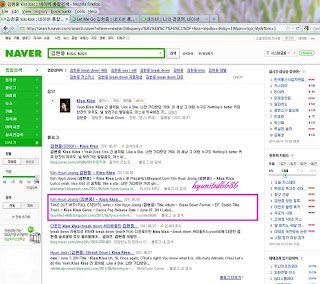 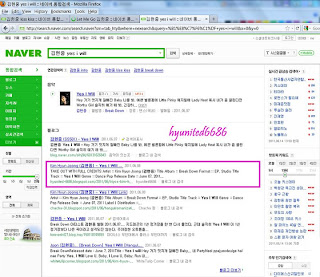 On the most recent episode of SBS’s ”Night After Night”, Kim Hyun Joong shared some interesting details about his school days.

The host asked the singer if he did well in school.

Kim Hyun Joong wittily replied, “I was the type to stay average, so I didn’t do too horribly. No matter how little I studied, there were always eight people ranked below me.”

He added, “Because I did soccer, I fell behind in class. I was scared my teacher would call my parents, so I stole the attendance book one day and threw it down the crevice in the elevator at my apartment.”

Kim also talked a bit about his flirting style during his school days: “I had a girl I liked, so I didn’t talk to any other female classmates.”

He apparently met his first love at a sundae stew restaurant, and explained to the audience how he managed to charm her into dating him. “In order to see her, I went to that stew place for two years straight. After that, we dated, but we grew apart after I debuted.” 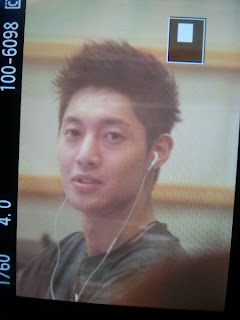 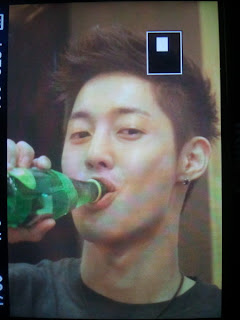 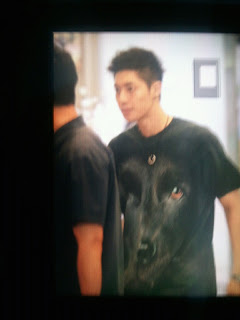 just found this at baidu site... today our HyunJoong BREAK DOWN schedule promotion on 2 station radio... 1st is on KBS 2FM... and 2nd is on MBC FM, and the host sharing this pic at their twitter... ^^ 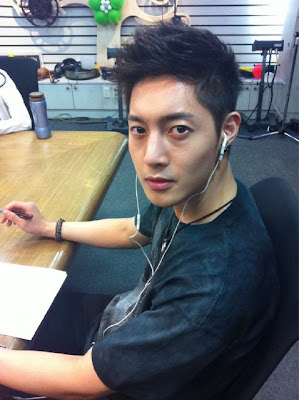