﻿Credit : as tagged + KHJ baidu
Repost with full credit n title, please.
just found this at baidu site... nice pics, n we want to share with u here.. hope u like it ^__^ 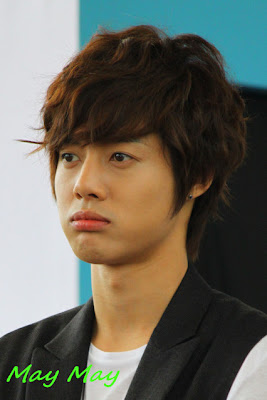 And you know what that means…
Major sleep deprivation time! 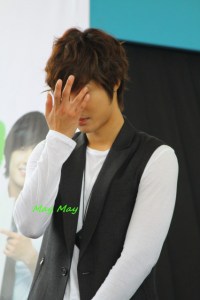 SS501 leader and eternal flower boy Kim Hyun-joong is currently studying performance planning management at Chung-woon University located in the South Chung-cheong Province, Hong-seong. He started classes in March and has been keeping it a secret from the public, but, of course, the secret was bound to be let out. Kim Hyun-joong entered the university on a professor recommendation and was able to receive some credit with his previous experience in the entertainment industry.

Kim Hyun-joong must be an insane workaholic because he has been attending classes, studying, and taking exams while simultaneously preparing for his solo debut. His first official outing as a solo singer will be on June 7th with a showcase in the Jang-choong Gymnasium in Seoul.

Talk about working double time – earning a degree and being a full-time idol. People already have a hard enough time keeping up with one thing, and Kim Hyun-joong is doing both.
Diposkan oleh Hyunited6686 di Minggu, Mei 29, 2011 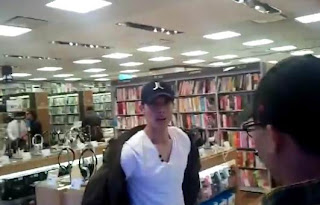 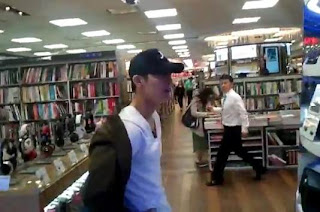 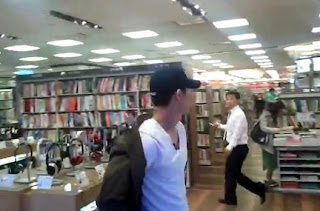 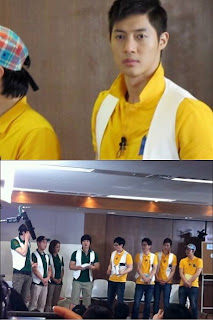 ﻿SS501’s Kim Hyun Joong is causing a lot of excitement after he was spotted in a series of leaked photos. SBS’s ‘Running Man’.
A viral post has been going around on various community boards, with the title ‘Kim Hyun Joong is appearing on ‘Running Man’.
The popular variety show from SBS brings on the nation’s top celebrities to face off against cast members in the completion of missions. It looks like Kim Hyun Joong is slotted to appear on a future episode, and fans can’t wait to see their favorite idol in action.
Naturally, any new photo of the SS501 star immediately draws reactions of how hot he looks with his short haircut.
Netizens have been commenting, “Looks like he’s appearing in time with his solo activities”, “Even though it looks like he gained weight, he’s still hot”, and “Look at that superior sculpture-like beauty”.
Stay tuned for more Kim Hyun Joong-related news, as he prepares to release his first mini-album on June 8th!