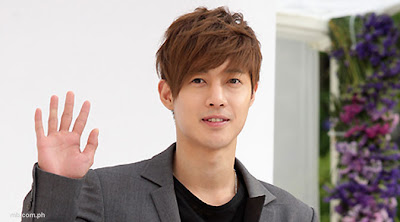 Handsome actor and singer of South Korean Kim Hyun Joong is rumored to arrive in Indonesia today, Friday (26/04/2013). The actor cast in Boys Over Flowers will be shooting in Indonesia for a variety show.

Kim Hyun Joong's arrival was greeted by fans who filled the arena airport. They were waiting for Kim Hyung Joong by holding Kim Hyun Joong posters.

Not only Kim Hyung Joong, but apparently other hallyu idols also participated in the variety show. They are UEE 'After School "and Kang Ho Dong.