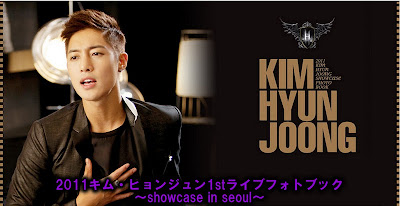 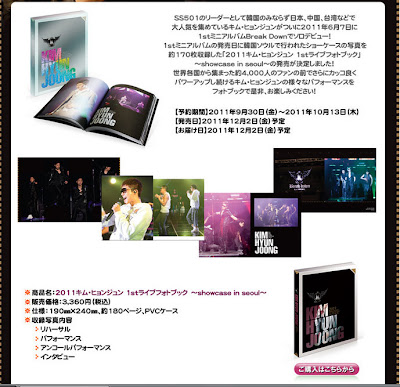 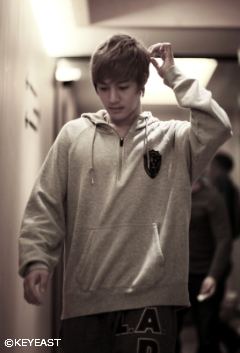 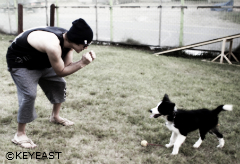 ■ The Recent Me 1。
2011/09/29 Hyun Joong
Working hard practicing till night time for the release of the album in October.
Will become busy once the activities starts…
This is what I do when I have the time, if I could will be playing together with it～
Those who suspect that I keep playing with the dog and not practicing!
Because I can’t show pictures of myself practicing…I took this instead!!
- 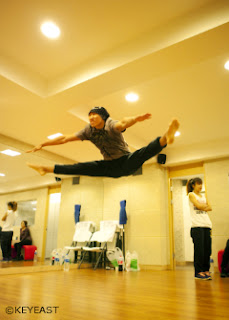 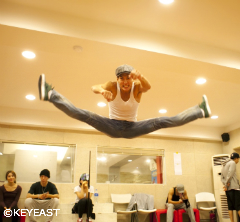 ■ The Recent Me 2。
2011/09/29 Hyun Joong
Don’t you think that it’s amazing?
But when I look at these photos and see the interesting expression of them makes me laughed.
When everyone of you is feeling tired (especially when tired of waiting for my album ^^;;) Please look at these photos and laughed.
In October, let’s run together again!!!!
Ah! Not running but let’s try jumping up like in this photo!!!!!! 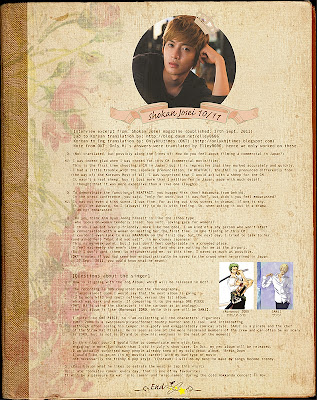 [Photo] Another SEXY Hyun Joong Photo from His 2012 Calendar 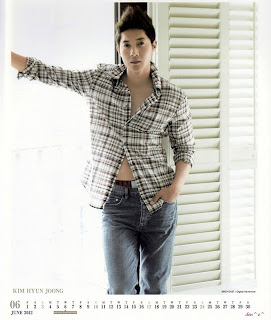 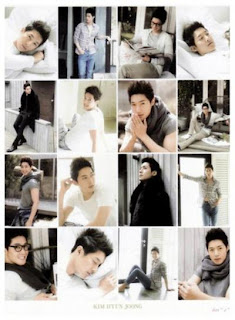 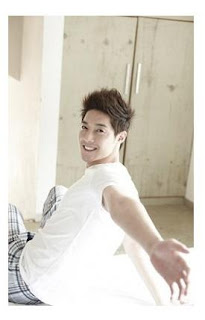 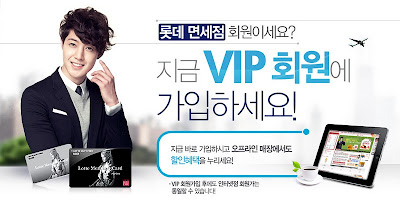 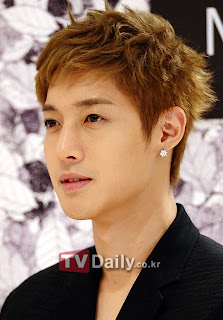 After wrapping up a successful solo debut earlier this year, SS501‘s Kim Hyun Joong is ready to make his comeback with a new mini-album next month!
On September 28th, Key East Entertainment updated Kim Hyun Joong’s official homepage with pre-order and tracklist info on his 2nd mini-album, “Lucky“.
“Lucky” was co-produced by Steven Lee (who’s worked with Kim Hyun Joong on his first mini-album) and Taewan a.k.a. C-Luv. Kim Hyun Joong will be promoting “Lucky Guy” as his title track.
Pre-orders for the album begin on September 29th through major record stores like Synnara, Yes24, Hottracks, and Interpark. The album will officially drop online and in stores on October 11th.
Check out his full tracklist below, and stay tuned to allkpop for more updates!
-
Tracklist:
01. Do you like that
02. Lucky Guy (title track)
03. Smile
04. I’m Your Man
05. U
06. Lucky Guy (Instrumental)
pots by: T
Diposkan oleh Hyunited6686 di Kamis, September 29, 2011