Credit: chocolatdale
Repost with full credit, Please.
Thank to khjean14 for sharing this picture on Twitter ^_^
Of course, Kim Hyun Joong is No.1 for us ^__^ 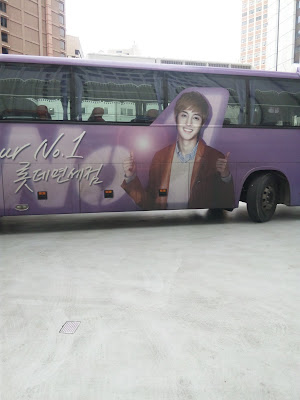 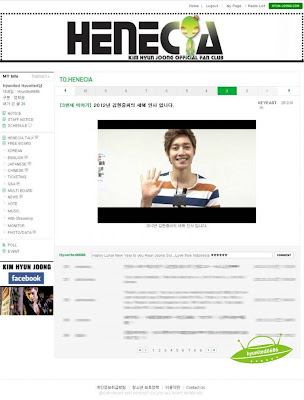 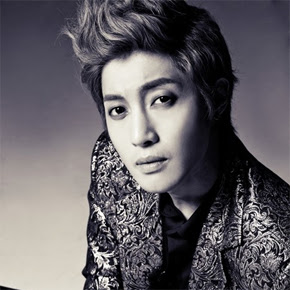 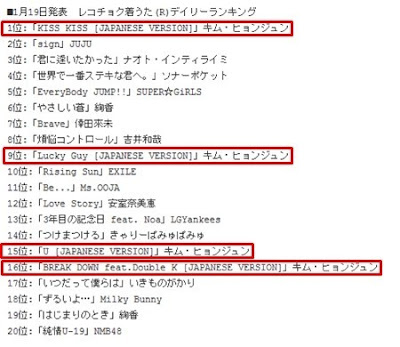 On January 19th, Kim Hyunjoong made his debut on the chart at #1 with the Japanese version of "Kiss Kiss," making him the first K-Pop solo singer to do so. In total, 4 of his Japanese songs made the Top 20.

His ranking has attracted additional attention due to the fact that he has pulled ahead of other popular Japanese solo singers such as Koda Kumi (#7; "Brave", from upcoming Japanese album "Japonesque") and Namie Amuro (#12; "Love Story" released in December 2011).

According to a Recochoku official, "Kim Hyunjoong's 'Kiss Kiss' is being used in a Japanese CM and the song has become popular. There is high expectations for his Japanese debut album from fans."

Other Japanese tracks from his single that made the Top 20 includes "Lucky Guy," "U" and "Break Down" featuring Double K. 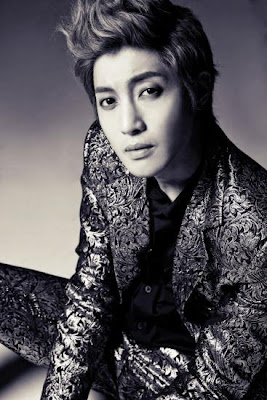 On January 20th, KEYEAST revealed that his first Japanese single "Kiss Kiss" has topped the chart immediately after its release on January 19th. Kim Hyun Joong is the first Korean male artist that has ever been ranked first in the chart.

Aside from "Kiss Kiss", other tracks off of his single "KISS KISS/Lucky Guy" including "Lucky Guy, U", and "Break Down" have also been placed in the top 20.

Meanwhile, Kim Hyun Joong's Japanese debut single "KISS KISS/Lucky Guy", which will come in three editions, will officially go on sale in Japan on the 25th. He will also be holding a fan event at the Yokohama Arena in the Kanagawa Prefecture on February 5th to commemorate his debut.
Diposkan oleh Hyunited6686 di Jumat, Januari 20, 2012