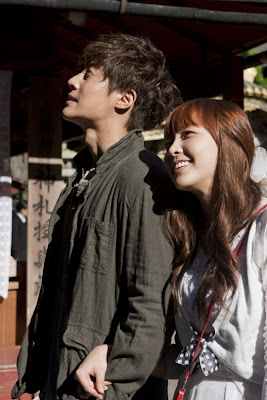 "City Conquest" is to be released at the end of the year and it's a combination of action and mellow drama about real men fighting evil in the real world and is currently being taken in Japan.

However, it is being dramatized so the overall storyline is being kept a secret. The first mellow still cut of Kim Hyun-joong (Baek Mir) and Jeong Yoo-mi (Lee Dan-bi) has been revealed in request of the fans.

As much as it is his first action drama, Kim lost a lot of weight in training so hard for his action scenes in the drama. This picture shows Kim Hyun-joong arm in arm with Jeong Yoo-mi and previewed the reality of this man in the drama with his messy hair and tough image.

Baek Mir is one who is stylish without trying and caring for the woman he loves.

Jeong Yoo-mi takes on the role of a jewelry designer Lee Dan-bi in this drama. Her long wavy hairstyle and white one-piece dress matching with her accessories gives her the look of a pure child along with her bright smile.

Netizen's compliment the couple and express that they can't wait for the real thing to start.

Credit: http://henecia.jp/report1/detail.php?bid=28
English Translation by  onlykhj06
Repost with full credit and link back to the site, Please.

Today there is no special inide storty.

It is because what Hyun Joong ssi presented in his performance and talked on the stage tells everything. What you had seen at the venue is everything.

A sudden change to sing a song a cappella, what he talked on the stage …everything was what he decided by himself .

In the morning (July 15), he stopped his rehersal to go to the hospital. The time from that moment to the daytime session seemed short as well as for a long time. Even on the live performance stage, he seemed to struggle hard with himself. We were much impressed how he was a strong-willed person as well as being straightforwarded.

We think that the tears in his eyes expressed his sincere feeling.

We believe that having seen his performance of his all might, all of you at the venue could feel his heart. After the end of the event, he headed to the drama-shooting location. As he mentioned in the talk that he would live from now on as Baek Mil, a male-lead of the drama, he makes his best endeavours as actor as well.

Though the drama shooting continues, the Heat promotion ends now.

We would like to express our appreciation to you for your warm support from the bottom of our heart. We hope that you would continue to support him.


We also hope that you will take care of yourself in the summer. 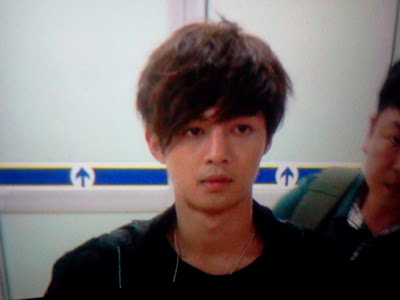 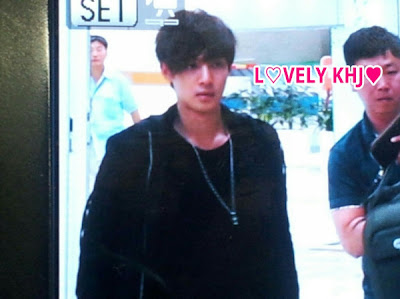