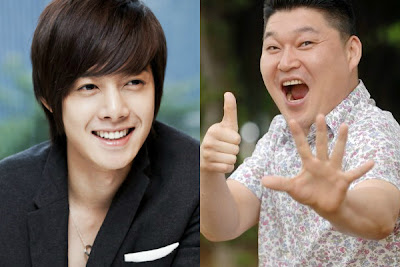 Kim Hyun Joong will be making a comeback on Korean variety shows!

The singer has been active as a singer and an actor, but it’s been a while since he was featured on Korean variety shows. However, he’ll be part of the cast on the new SBS variety show with Kang Ho Dong. SBS stated, “Kang Ho Dong’s new program will start airing on April 21“.

Other than Kim Hyun Joong, the variety show will also feature Yoon Jong Shin, Yoo Se Yoon, Kim Bum Soo, and Yoon Si Yoon. The program is planning on 7 members in all, and the final member is currently being decided upon. The first filming will occur overseas, and the show will be led by Kang Ho Dong and PD Jang Hyuk Jae of ‘Family Outing‘.

SBS stated, “Currently, we haven’t confirmed the title, but the initial filming will take place overseas in the first week of April. We won’t be going overseas for every episode.”

Are you looking forward to the new show?