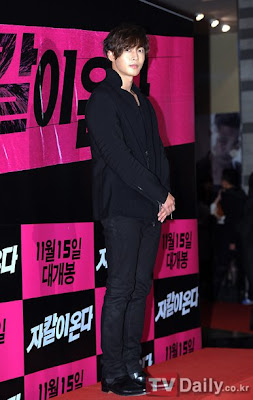 South Korean singer and actor Kim Hyun Joong is sweeping the whole of Asia with his charisma!

Starting this past January, Kim Hyun Joong entered the Japanese market with his single album, and then launched his fan meeting tour in May which took him to countries like Singapore, Hong Kong, Taiwan, and others as his popularity level continues to surge.


Kim Hyun Joong released his second Japanese single 'HEAT' in July, and it subsequently charted at the top of Oricon Daily and Weekly charts, and also became the 3rd foreign star to obtain the best result in the Oricon monthly chart. His sales volume of 202,672 also enabled Kim Hyun Joong to break into the Top 100 best selling albums, achieving the K-POP best result at 31st position. In doing so, Kim Hyun Joong surpassed Super Junior (35th), TVXQ (40th), 2PM (52th), and other idol groups, showing the capability and popularity levels of a solo singer.


On December 12th, Kim Hyun Joong released his first Japanese album 'UNLIMITED', and sold out 57,000 copies on the opening day, and topping the Oricon Daily chart. It also came in at No.3 on the Oricon Weekly chart, while also topping the Oricon Album, DVD, and 5 other charts, becoming the ultimate leader of K-POP in 2012.


Meanwhile, Kim Hyun Joong is also finding popularity in China. His appearance on an episode of 'Happy Camp' variety show brought in a rating of 2.84% and was a new high among Korean wave stars appearing on the show. In addition, Kim Hyun Joong was awarded the Most Popular Overseas Artist award at the 2012 Miguhui Awards held on December 8th.


A Japanese industry insider revealed, "To create his own style and cater to the masses, Kim Hyun Joong has worked hard to build up his own unique style. Everyone has seen how much Kim Hyun Joong has improved and has high expectations of him. Many in the industry have their eyes on him now."


Meanwhile, Kim Hyun Joong will be beginning a fan meeting tour covering 10 Japanese cities like Kobe, Saitama, Nagoya, Fukuoka, and others from January of next year, to interact closely with his fans.

Although we’re looking forward to what 2013 has in store, we can’t close out 2012 without looking back on the stars, dramas, movies and more that shined this year, so we’re launching a new series here at enewsWorld, called 12 Days of 2012, to round up and reflect on one exciting year in Korean entertainment.

Today, we’re spotlighting the men who can do it all – jacks of all trades in the entertainment world who gave us more reasons to love them. This year, the boys not only branched out of the idol world and found success in other areas of the entertainment industry, from variety to dramas and film, but they took their talents across the world as well.

Big Bang’s rapper has been steadily climbing the ranks in the acting world, and this year, he excited fans with news that he would be returning to the big screen in spy flick The Alumni.

When he wasn’t filming for the upcoming movie, T.O.P kept busy being a rock star, getting bras thrown at him (you know, the usual) with Big Bang.

Super Junior’s leader Leeteuk took off for the army this year, but he made sure to leave on a high note, keeping busy as a sexy, free & single spy (when he wasn’t playing husband to Kang Sora, of course) and MC.

Idol star, radio DJ, MC, husband, Leeteuk has covered a lot of ground in his seven year career, but with a jam-packed 2012 behind him, it looks like this workaholic will be calling himself soldier for now. 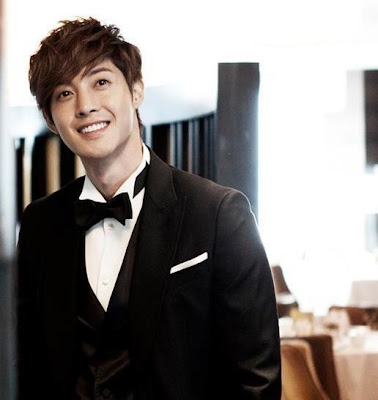 If you thought Korea was missing a little Kim Hyun Joong in 2012, it’s because the singer and actor was being a hallyu superstar, making moves in Japan and Asia at large.

Kim Hyun Joong fans in Korea will soon be able to meet the star again, however, through his highly-anticipated comeback drama City Conquest. But if all else fails, fans can get their Kim Hyun Joong fix by means of his wax double.

JYJ member Park Yoo Chun took on 2012 full force, starring in two dramas, from the romantic comedy Rooftop Prince to the melodrama I Miss You, that not only showcased his versatility as an actor but solidified his status as a TV heartthrob.

Although Park Yoo Chun faced his fair share of tragedies in 2012, with the death of his father, the singer and actor proved to be resilient, the ultimate mark of a true jack of all trades.

Singer, actor and MC Lee Seung Gi proved his prowess as a multi-entertainer this year, not only starring in drama The King 2Hearts but making a welcome return to the music scene with his latest album Return.

A king on the small screen and King of the Music Charts, Lee Seung Gi definitely ruled this year. Throw his grad student and umchinah titles into the mix, and we have the perfect package of 2012

The list of nominees and winners for Tower Records Japan‘s ‘K-POP LOVERS! AWARDS 2012‘ has been revealed!

The winners are based on total sales from all Tower Records stores as well as polls conducted through Facebook and mixi.