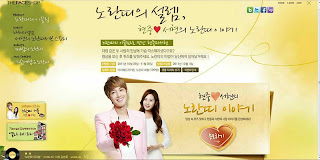 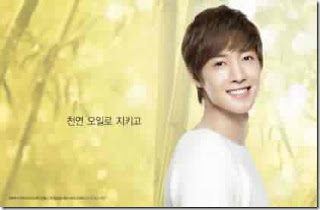 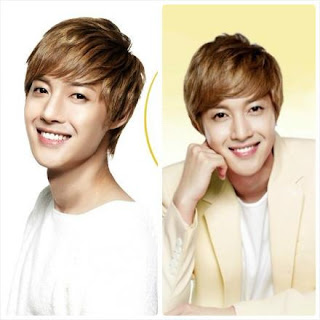 
SBS Strong Heart 100th Special episode broadcasted today. Here's some screencaps from us. He even brought his famous Adidas pants, and Lee Seunggi wore it. Can't wait to get english subtitle for this show ^^ 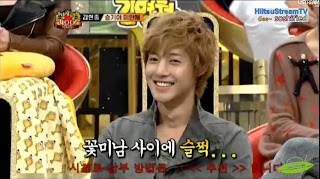 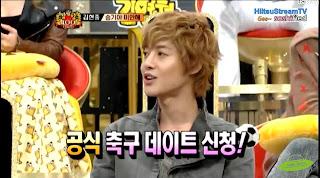 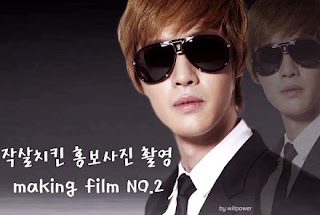 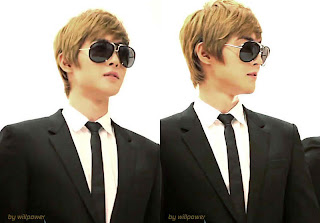 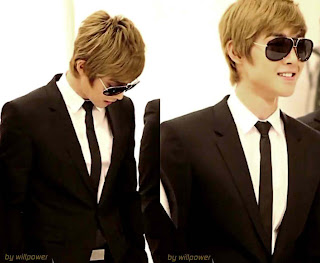 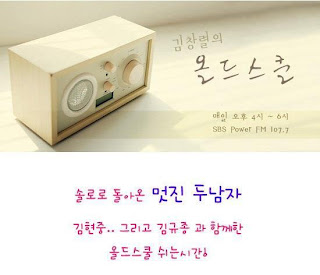 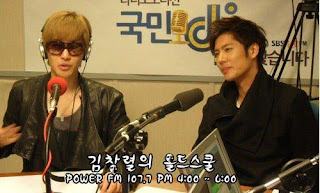 2) HJ said he worked hard preparing for his 2nd album, practised til' late night. KJ acted in the musical in Tokyo, and had encore in Korea.

2) KCR asked HJ if he were to choose between a Jaksal CEO, singer or actor, which one would he choose? HJ answered singer.

3) KCR asked KJ if he were to choose between YS or HJ, which one would he choose to become his brother? KJ answered YS because if he had chosen HJ, he might get 'beaten up'.

5) HJ have no plans in acting this year because the music industry is always changing(?) rapidly, thus he wanna grab the chance as much as possible.


6) HJ's comment on KJ's personality, a kind man. HJ said people thinks he have a 'bad boy' image, but they aren't really sure of KJ. Maybe the 'bad boy type in the kind boy', can't be sure.


7) KCR said KJ's nickname during his schooling year was 'The Prince'. Seldomly took photos with friends, never join the friends for lunch...and HJ butts in and said KJ is the '왕따' (those who've been 'left out' or lonely).


8) KJ said he had problems with pronouncing the 's' sound (lisp). Problem with pronouncing 'Yesterday', but he got the hang of it at last. HJ asked KJ to sing 'Shake it shake shake it' and KJ did it!


11) HJ said he have also co-produced in the 2nd album and KJ said he wanted to produce his own album too, but HJ teased him again that he's too kind, not competitive at all~


13) KJ said HJ's nickname is the '4D alien guy'. When they're in Japan, HJ will usually watch those UFO/alien-related movies alone (and HJ listed a few of them). KJ said HJ really saw the UFO once.


14) HJ wished to hold a free concert for the fans worldwide. 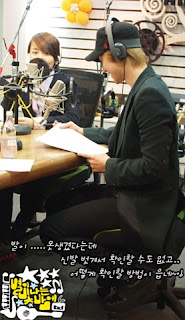 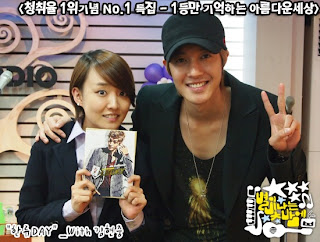 Credit: soompi
Kim Hyun Joong recently revealed that he can have a conversation with dogs.

On the "Stars From Andromeda Special" episode of MBC "Come to Play" that aired on October 24, Kim Hyun Joong, Eun Ji Won, Kim Ji Sook, and members of Baekdoosan (Kim Doe Kyun and Park Chan Hee) appeared on the show.

During this episode, Kim Hyung Joong stated, "I can speak to dogs."

He added, "Whenever I need to ask a dog if it wants food, I simply have the question in my head and bark at them - I do the same thing whenever I need to get the dog's attention. This of course doesn't work for all dogs. There are different methods for different types of dogs. For some reason though, I can only speak to Korean dogs - I tried speaking to a foreign dog but it just wouldn't respond no matter how hard I tried."

After hearing this comment, Park Chan Hee asked, "Then how do Korean dogs and foreign dogs speak to each other?" Kim Hyun Joong replied, "I think they just follow their instincts."
Baca selengkapnya »
Diposkan oleh Hyunited6686 di Selasa, Oktober 25, 2011 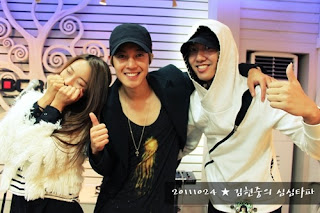 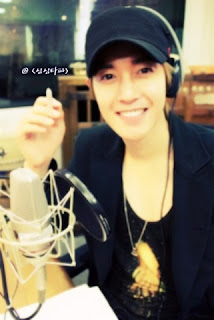 [Article] Kim Hyun Joong (김현중) “How was I not aware that Lee Min Jung was that beautiful?”

Kim Hyun Joong filled in for Shindong, who is overseas for a schedule on his radio show MBC ‘Simsimtapa’.

On this day, Kim Hyun Joong, Trax’s Jung Mo, and 8eight’s Joo Hee were giving each other quiz on actress Lee Min Jung. Then a short time later a segment called ‘The production crews’ confession’ continued and a background song started playing.

Kim Hyun Joong spoke his mind, “I don’t know how I was not aware that Lee Min Jung was so beautiful back then. I think the late night work got to me and my eyes were tired. It’s really nice to see her work so hard at her craft nowadays. I would love to work with her one day.”

After listening to Kim Hyun Joong’s confession the radio listeners chimed in via the live chat, “The audio letter was daebak”, “The production crews cornered him to say those things haha~”, “I think Lee Min Jung would be so happy if she heard this”, “I hope you’ll get to work with Lee Min Jung next time”, and the radio listeners showed appreciation to his candor.

[Article] Kim Hyun Joong (김현중) says he can speak with dogs, but not overseas dogs

Kim Hyun Joong said he could speak with dogs, making people curious about his mentality. On MBC’s Come to Play, aired on the 24th, Kim Hyun Joong, Eun Ji Won, Kim Ji Sook, and Baekdoosan’s members – Kim Do Gyun and Park Chan made guest appearance for its “Stars from Andromeda Special.” On the day’s episode, Kim Hyun Joong said, “I can speak with all types of dogs and make all kinds of conversation.” Kim Hyun Joong continued, “when I ask the dog if he wants to eat by barking at him, then the dog responses. When I ask him to see somewhere by barking at him, then he also responses. It differs little bit whether it is a big one or a small one.” He also said, “I can speak with all types of dogs in Korea. However, I can’t speak with overseas dogs which is quite weird. I tried once but overseas dogs don’t even try to listen to me.” To this, Park Chan asked, “then how do domestic dogs and overseas dogs speak to each other?” and Kim Hyun Joon answered sincerely, “I guess they just feel each other,” raising a laugh.

[Article] If Kim Hyun Joong (김현중) were invisible, where would he go?

Kim Hyun Joong  appeared as a guest DJ on this radio show. 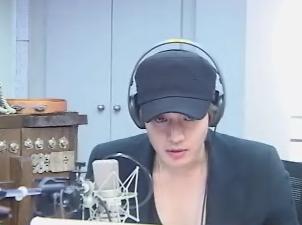 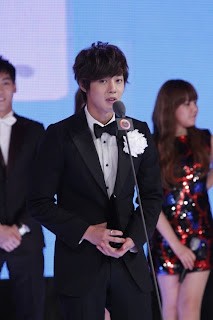 Source: Nate
English translation: Stephanie (@5StarsAs1/ www.i-kpoplovers.blogspot.com)
Please leave the credits remain intact when repost. TQ!
Singer Kim HyunJoong will be performing a special stage performance in Style Icon Awards 2011 with 11 models!
In this upcoming 3rd of November, Kim HyunJoong is expected to attend the national trendiest award ceremony ‘Style Icon Awards 2011′ in CJ E&M Center, SangAm-dong, and will be performing a special stage performance with ‘Challenge! Super Models Season 2′ models.
Performing his new tracks, ‘Do You Like That’ and ‘Lucky Guy’, it would surely be an up-to-par performances with Victoria Secret’s Fashion Show that will be garnering the audiences’ attentions.
What’s more is the performance outfits that the 11 models will be wearing on stage are designed by the ‘Project Runway Korea’ designer, that have became the subject of the topic. The 11 designer models include Nam Yongseob with Choi Hyejung from the Top 3 of Season 1, the winner Jung Goeun from Season 2, winner Shin Juyeon from Season 3 and etc will be showing off their dresses in the ceremony.
The producer said, ‘This time, we used ‘Evolutionary Idol’ to depict the new concept of Kim HyunJoong with the ‘Challenge! Super Models’ large-scale special performance in ’2011 Style Icon Awards’, presenting a whole new effect to garner attention. For this upcoming stage, ‘Project Runway Korea’ designers and models are preparing for it already’.
In ’2011 Style Icon Awards’, the top 10 selected ‘Style Icon’ nominees that depicts the new lifestyle concept will be awarded Bonsang awards, and one of them will get the Daesang award, which is ‘Style Icon of the Year’. The organizers CJ E&M live channel (On-Style), XTM, O’live, STORY ON will collaborate with tvN, Mnet and Internet TV ‘Tving’ to air the ceremony live on 3rd of November at 8pm KST. 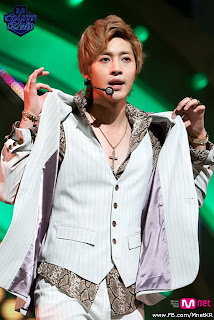 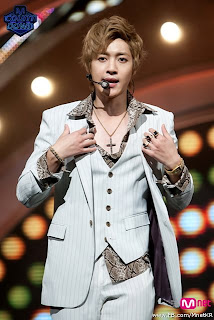 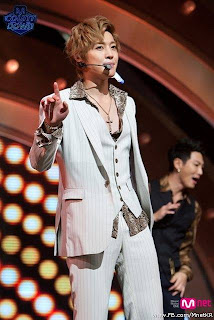