Shared by: Stephanie (@5StarsAs1/ www.i-kpoplovers.blogspot.com)
Please repost with the full credits remain intact.
Do not edit/alter the credits/contents. TQ!
It’s dated 29th of November 2011 on my iPhone’s calendar. This so-called prestigious day I’m waiting for nearly a month, had finally arrived. The day I finally meet Kim Hyun Joong after one whole year! Woke up around 7am that day to prepare for the day. Thanks to one of my friends, Melody who was willing to give me one media pass for the MAMA press conference at 10am in Sands Convention.
I got there around 9am (many international medias were there already!!), and was getting myself ready for the press conference just when I saw SYC team was there too. There wasn’t any seats provided, for those from where I was standing behind. Simon D &Dynamic Duo were the starter for the press conference which started around 10am, followed by either it’s ULALA or SuperstarK winners or something. Anyway, let’s skip the very boring parts (for me, at least. I was already yawning).
Just when I’m about to fall asleep and my legs began to sore, Hyun Joong finally stepped inside the room! Nearly went into a fangirl mode ‘Oh my gosh! It’s him it’s him, finally!’ that’s what I’ve been thinking continuously in my little over-elated heart at that time. There were some little claps welcoming him to the stage. He was wearing grey-black attire on that day, very similar to the looks during HEATFACT event in Japan. He seemed kinda tired but more chubby *pinch face* this time (to me, again~), but he’s very friendly in the presscon ^^..a little shy & nervous though ㅋㅋㅋ
There was this little moment at the beginning where he began to touch the mic in front of him and I thought ‘You aren’t going to dismantle that again?? Other idols still need to use that….’ But I guessed he was just bored listening to the translator doing the translations. And towards the English reporters after their questions, he said ‘Thank You’ in English too, very polite & cute too! (though he just murmured it & barely audible). And there was this last question where a reporter asked him about what is his first impression on Germans…and his answer was beer & sausages! Aroused many laughter including me as well. I think I was among the first one to laugh at the back after listening to what he said, so embarrassed >.<…anyway, a very splendid 4D ending that Hyun Joong made for his part in the press conference!
(oh yeah, he drank a lot of water too!!!)
After Hyun Joong left, I decided to leave too. Just when I was making my way out, I saw him again..my lucky day!! He was making his way to Singapore Indoor Stadium for last-minute rehearsal. I kept myself composed again and trying not to activate my fangirl mode, so I bowed 90 degrees to him and the guards beside him (but it was really only to him I intended to, really). He smiled and greeted me and we continued to walk to the exit. Suddenly, perhaps it’s just an adrenaline, I said ‘넌 넘 멋지다’ not to him, but Mr.Jeong. For around 1-2secs they eyed each other (maybe a little shocked ㅎㅎ) and Mr.Jeong said 감사합니다’ and so with my face blushed, I smiled & nodded, quickened my pace out to the exit~ *red face alert*
(To Mr.Jeong’s fans, I told what you wanted to confess, no? ^ㅇ^)
Baca selengkapnya »
Diposkan oleh Hyunited6686 di Kamis, Desember 08, 2011 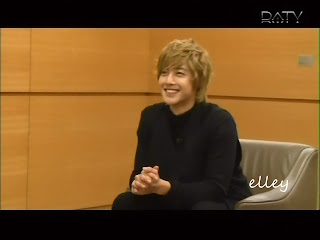 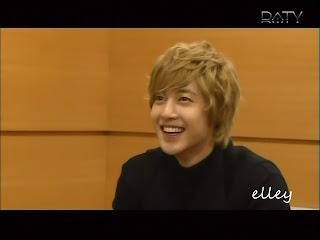 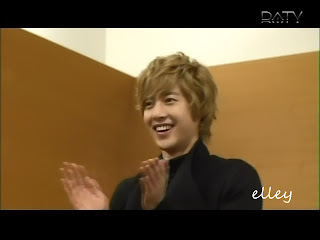