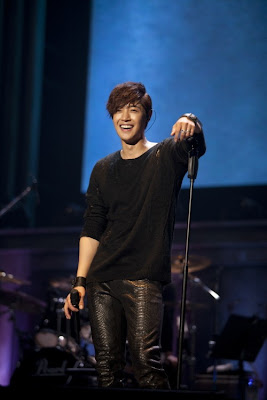 Kim Hyun Joong had stated that he would show a new and more upgraded performance for his new tour, 'JAPAN TOUR 2013 "UNLIMITED"'.

Many fans waited days in advance to meet with Kim Hyun Joong.

He then began performing many of his hit songs including his title song from his most recent Japan album, "Your Story."

Kim Hyun Joong had the fans up and out of their seats for 2 hours as he walked around to the back of the stadium to see his fans that were in the very back as well.

He also tried his Japanese skills with his fans in order to be able to interact and communicate with them.

He also used all Iive instruments for his concert, making it more fresh and real.

From his two concerts combined, he met with 20,000 fans. He will now be going around to 10 more cities in Japan to meet with more fans.