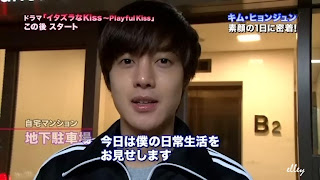 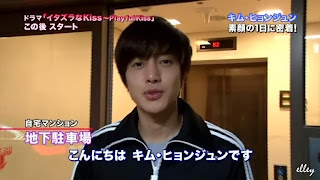 Source: SPOT.ph
Credit: Sri Lestari @twitter
Repost from: babyvfan
The Sex God
1. T.O.P
It’s tough to resist this rapper’s steamy stare, which he whips out in the middle of his jazzy, bluesy, hip-hoppy raps for K-Pop group BIG BANG. Non-fans love to hate on his douche-y Zoolander-esque poses, but true fans know he’s just putting on a show (T.O.P or Choi Seung-hyun is known as his group’s resident clown). Whether he’s sporting his manly tailored suits or is lying low in his favorite BAPE hoodies, this harmonica-playing, beatboxing, award-winning actor oozes sex appeal like it’s nobody’s business. T.O.P or bottom? T.O.P, most definitely.
The Sweetheart
2. Nichkhun Buck Horvejkul
Anything goes in the land of K-Pop—and 2PM’s Nichkhun proves that a half-Chinese half-Thai cutie who grew up in California can make it big in Korea. Scouted in LA, Nichkhun moved across oceans to learn the basic boyband rudiments (as well as the excessive acrobatics his group has become famous for), how to speak and write Korean, and pretty much live up to his “Thai Prince” image. The angel-faced performer cranks up the charm on weekly reality show We Got Married (where he is coupled up with fellow foreigner, Victoria of girl group F(X)) and sends out swoon-worthy tweets via his account @khunnie0624.
The Enigma
3. Kim Hyun Joong
Kim Hyun Joong sets hearts aflutter, no matter what K-Pop suit he wears. As Ji Hoo in 2009′s Boys Over Flowers and Baek Seung Jo in the recent Playful Kiss, and as himself on popular reality show We Got Married, he raised the bar for irresistible leading men (both Korean and non-Korean). As SS501′s leader, he merges standard K-Pop fare with his brand of 4D head-scratching humor. His 2010 visit to Manila also proved that this hottie’s got a heart of gold with his heartwarming visit to the Abiertas House of Friendship. This Face Shop endorser shows that guys can have it all.
The Vocalist
4. Hero Jaejoong
DBSK’s 800,000 South Korean supporters (and who knows, how many worldwide fans) can’t deny the heart-melting effect of Hero Jaejoong’s piercing gaze. Given up by his birth mother and raised by adoptive parents, Jaejoong moved to Seoul as a teen and worked odd jobs to support himself while going on one audition after another (sniff!). Now leading current group JYJ, this crooner has also proven to be one of Korea’s most bankable actors with his Japanese-Korean drama, Heaven’s Postman
The Dreamboat
5. Choi Siwon
With smoldering good looks and acting chops that only up his smex factor, Super Junior’s resident actor sizzles on and off screen. His good boy appeal comes from his being a devout Christian from an affluent family—which totally offsets his hotness as Athena: Goddess of War’s Agent Kim Jun-ho. Part of subgroup Super Junior-M, Siwon’s following is so huge, he’s among the first four Korean artists to be featured on a Chinese postage stamp.

The International Sensation
6. RAIN
Rain has taken the world by storm with his launching movie, Ninja Assassin—and yes, his rock hard bod. The ultimate performer (he acts, sings, dances, and even dabbled in a clothing line and managing a K-Pop group) is set to break thousands of hearts as he is rumored to head into military service some time this year. For now, Ji Hoon’s fans can still revel in his action drama (with scenes filmed in the Philippines!) The Fugitive. 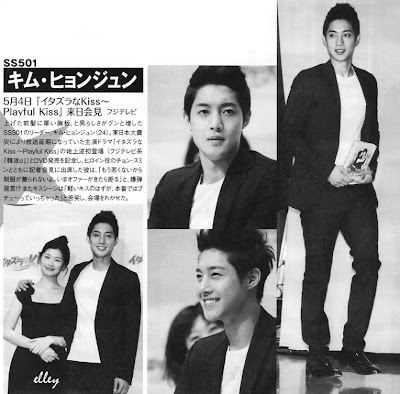 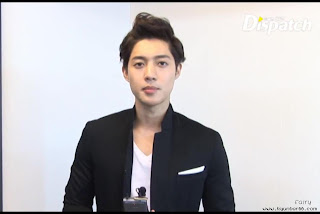 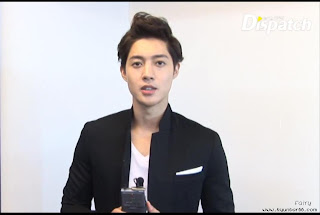 
Greetings. This is the Keyeast.

At the beginning of May, the queen of seasons, which is the most beautiful and fresh month of the year, we have come with good news for all of you.


2011 Henecia, the official Kim Hyun-joong fan club, is now recruiting members who are interested in supporting Kim Hyun-joong and his efforts during this period of intense activity, coinciding with the launch of his first solo album.


Anyone can subscribe as a member of the official fan club


Please subscribe after reading the Henecia Subscription Procedure below.


We hope for the interest and participation of the many fans of Kim Hyun-joong.


(may change depending on the singer’s activity period)

Got news about showcase tour in Seoul at Japan official mobile site. Thanks a million to hiroko0821 히로코 Hiroko for mentioning us on Twitter about the link ^__^ 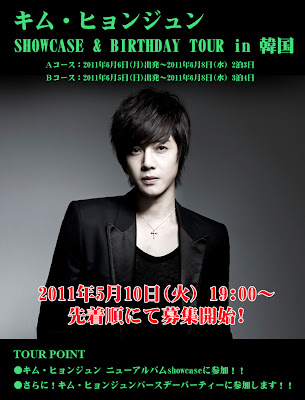 A special tour has been decided where members will be able to participate in Kim Hyun Joong's SHOWCASE and Birthday party in Seoul next month.

※This tour will be accepting on a first come first served basis.

■Those who have registered for Kim Hyun Joong Mobile members or subscribed to the mailing list by 10th May 2011 (Tue) 7pm. 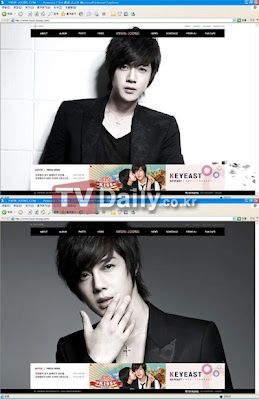 SS501’s Kim Hyun Joong, who recently opened fanclub membership for his new solo fanclub, “Henecia“, reported that his official homepage was recently hacked. Cyber investigations have begun, and KeyEast has asked fans to refrain from submitting membership applications for the time being.

The hacker changed the notification post so that fans were now required to pay a $35 USD membership fee, and even went as far as to change the bank accounts associated with it.

Another false post was made, informing fans that they would receive a special fan-meet opportunity with the star in Jeju Island for an extra fee of $100 USD. An additional $800 USD fee was asked for those wanting a 1:1 dinner meal opportunity.

Representatives of KeyEast stated, “The official homepage was recently hacked. We would like to inform fans that the account listed in the notification is not KeyEast’s account, and that the Jeju Island fan-meeting is also false and has nothing to do with KeyEast. We will be halting all membership applications for Henecia for the time being.”

They continued, “The case has been turned over to cyber investigations. We would like to apologize for raising concerns.”

The homepage has currently blocked all visitors.