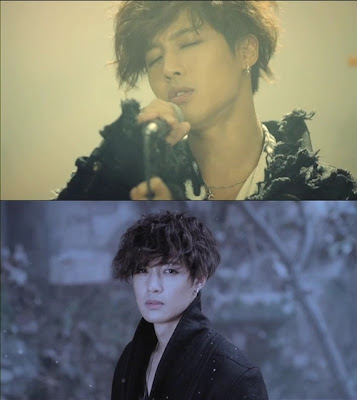 Kim Hyun Joong recently released a teaser video for his new song and attracted a lot of attention from his fans all over the world.
Planning to release his first album, Unlimited, in Japan on December 12, Kim released a teaser video for “Your Story,” the lead track of his new album, on Universal Japan’s official YouTube channel on November 28.
In the teaser video, Kim is showing off a charismatic look as a rock singer and portraying the sadness of a man who has just broken up with his girlfriend. Playing a guitar, Kim appeals to music fans with his sad voice and sad look in his eyes.
Having appealed to many music fans with his music, Kim is again planning to appeal to people with his high-quality music and attractive look.
The album will contain a total of 14 songs, including such new songs as “Your Story,” “Save Today,” and “I’m Yours,” and some of the existing hit songs.
A song that Kim created as a member of a band is also included in the album. “Your Story,” the lead track of the album, is characterized by rich sounds of such instruments as guitar, bass, drum, and keyboard. According to reports, Kim also participated in arrangement and recording of the songs from his new album.

Kim Hyun Joong is set to release his first Japanese solo album, ‘UNLIMITED‘ on December 12th. Earlier today, a teaser for his upcoming album was revealed through the official YouTube channel of Universal Music Japan.

Check out the teaser below!