Credit: as tagged
Repost from: kathysbench 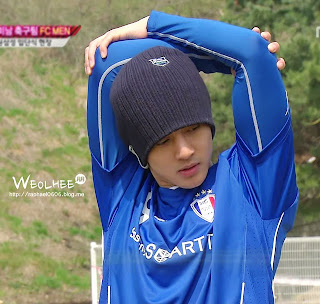 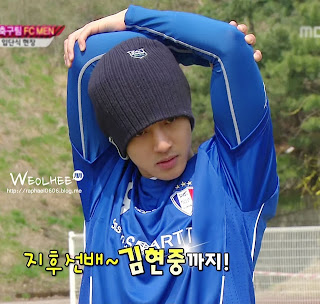 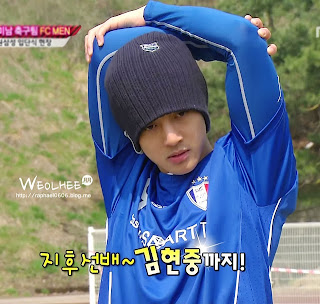 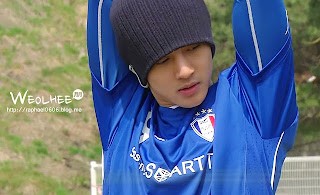 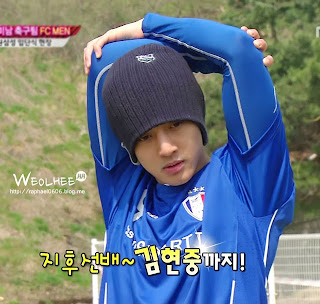 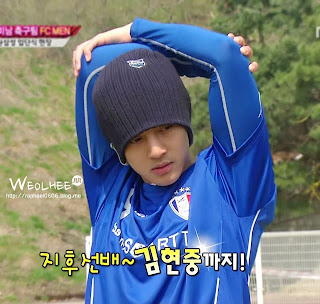 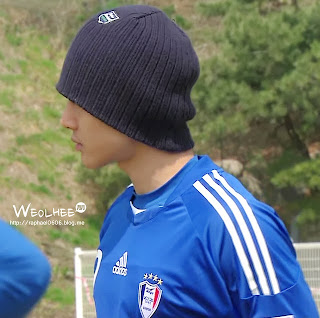 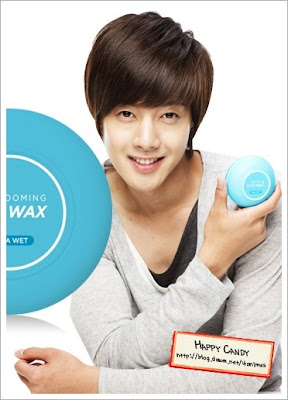 [News] FC MEN, the Idol Soccer Team– Do They Pick Members For Their Looks? XD 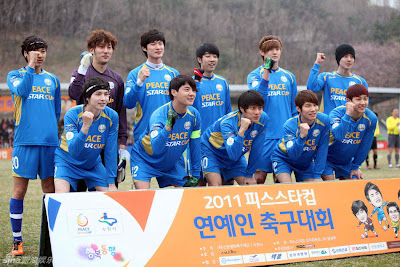 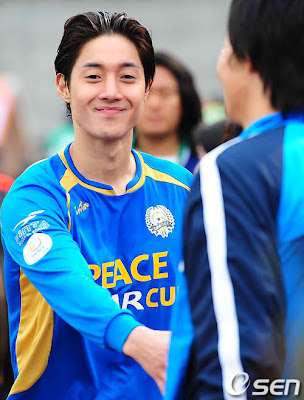 Despite being their first time participating in the tournament, FC MEN which has JYJ’s Kim Junsu as its captain, won 1:0 against Super Stars led by Jung Junho, proving that they are a soccer team which not only looks great, but also has excellent soccer skills.
This match, which gathered a lot of attention early on due to the handsome stars in FC MEN, provided great attraction with the participating members’ “self-shining” looks and great soccer skills.
Thereupon, netizens are showing great interests in the FC MEN members who are both handsome and skilled.
Netizens responded enthusiastically, stating “I’m curious about the selection criteria for FC MEN,” “aren’t the team members too heartwarming,” “it’s icing on the cake since they both look good and are skilled,” and “is the condition to join looks? They are all too handsome.”
Celebrity soccer team FC MEN, which is gathering popularity with its excellent looks and soccer skills, includes JYJ’s Kim Junsu, Park Yuchun, Kim Jaejoong, singer and actor Kim Hyunjoong, B2st’s Yoon Doojoon and Lee Kikwang, 2AM’s Changmin, Shinhwa’s Lee Minwoo, actor Song Joongki, Kim Bum, Lim Juhwan, Park Gunhyung, Lee Wan, comedian Park Sungkwang, and Kim Junsu’s older brother Kim Junho.
(Omitted)
Diposkan oleh Hyunited6686 di Rabu, April 20, 2011 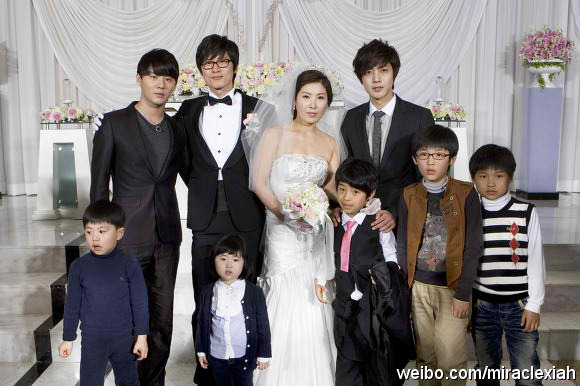 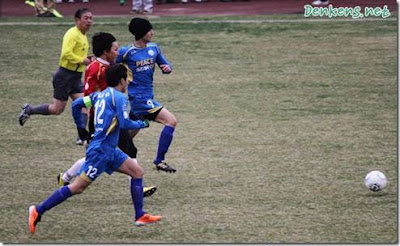 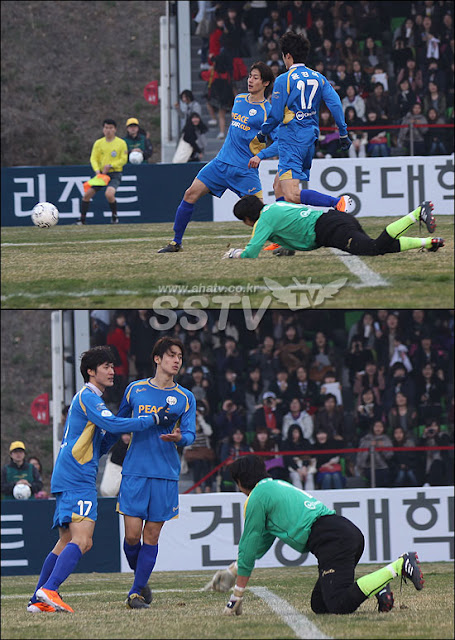 Soccer seems to be in our minds lately with the cool winds and the soft morning lights of spring to boot . Is it due to the weather associated with spring or is it Hyun Joong? Of course, it is Hyun Joong. The weather helps.
With soccer we saw another side of Hyun Joong, unrevealed before. First is his over-all physical fitness. It seemed he has come across to some fans as frail and skinny. All that recent public soccer playing show to the contrary. Wearing the athlete’s uniform made of thin and light materials, a typical soccer spectator instead saw the KHJ body fit, toned and strong. His well -exercised body lets him lift himself and strike in midair. This body allowed him to run very fast zooming left and right with quick bursts of energetic moves in the field similar to Luca Toni, who was christened airplane by fans. He has been  likened to Maradona kicking the ball left and right and using the head as well. Likewise, he also kicked the ball with his left leg and foot in the style of Robi Baggio. The best styles of these Italian soccer players were all rolled into one in Hyun Joong.
Of course, common sense tells us all what we saw was not achieved overnight but the result of a long romance with the sport. He bloomed and we saw it with our own eyes as in being in love with the sport. Did you see the sparkles in his eyes? Did you see the triumph in his smiles? Did you see the strength of conviction to win in his face? I hope you were not sidetracked looking at that unmade up naturally handsome face with the now famous strong jawline and the equally unmistakable perfect profile .
His hair caught snugly by a beanie and when released freely as recorded by the camera appeared  blown by the wind . The now famous hair without intervention by any hairstylist in the field glistened   wet with perspiration-sign of all the energy expended in pursuit of the ball. Poems could be inspired by such a sight.

We have seen Hyun Joong worked synergistically with his teammates especially with the team captain Junsu. He has shown time and again that being an effective leader also means being a good follower and good teammate. Bonding publicly with his teammates, give me fives in the air conspicuously displayed, clapping in total glee, dismay and protest-all the emotions were shared with one another.
Being player number 9 meant he was given the responsibility of being in the forward position and a striker. No doubt he takes this very seriously. With matching skills given this number he is  considered a very important player.
Several articles in the internet gave the following ways to becoming a pro in soccer and these are the following : setting your goal high, having dedication, having aspirations, exercising professionalism, being a good teammate, continuing development and education in soccer, training, in good health -no drinking , no smoking, no drugs, eating well, sleeping well , and being a stand out due to ability.
Does Hyun Joong got what it takes to be a professional soccer player ? He is definitely on the right track-he is getting there. As he said on national television with his closed fist – Fighting !
-thanks to articles in the internet that provided source materials for this write up.
pictures credit as tagged
Diposkan oleh Hyunited6686 di Rabu, April 20, 2011