Source: KEYEAST
English Translation by wonderrrgirl
There is a notice from KEYEAST regarding Hyun Joong’s attendance for the FC MEN JAPAN FIGHT match on 28 April.
It’s a good thing KEYEAST released information in advance about Hyun Joong’s attendance, in hopes that fans will not book any flights, hotels or tickets to the match in advance, only to find out later on that he won’t be going. Thankful for the fact that KEYEAST has been considerate especially with regards to the additional difficulties that overseas fans face often, in their mission to support Kim Hyun Joong. ^^

The cold winds of February is currently blowing strongly now.
We hope for all the fans to take care of their health during the fluctuating change in day-night temperatures, and also to inform all the fans that regarding the 2012-04-28′s FC MEN JAPAN FIGHT in Tokyo, Kim Hyun Joong will not be attending it.
As the current promotion for FC MEN JAPAN FIGHT did not mention or confirm Kim Hyun Joong’s attendance, therefore we wish that regarding this matter, none of the fans have suffered any loss as a result.
Thank you very much.
KEYEAST
Diposkan oleh Hyunited6686 di Rabu, Februari 08, 2012

During these 18 days in Japan, (Kim Hyun Joong) still ate his favourite food which are ‘Ramen’ & ‘Rice with Beef’ and played mini soccer even though he was busy with promotions & activities of his debut single, it seemed like he spent this period of time productively.
His Japan debut this time around has been able to achieve such good results, we would like to once again express our gratitude to his fans who supported him and all staff members.
This is only the beginning for Kim Hyun Joong who just made his solo debut in Japan, everyone please continue to give tremendous support to him!
-----------
Here's some photos (credit as tagged) 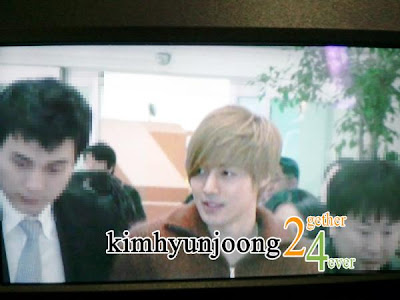 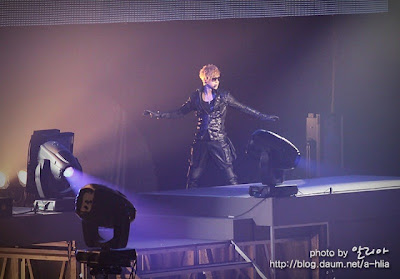 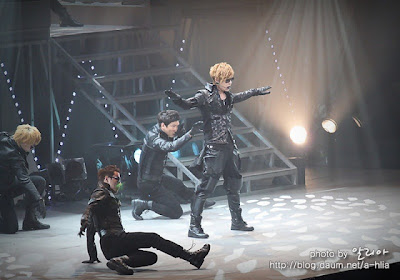 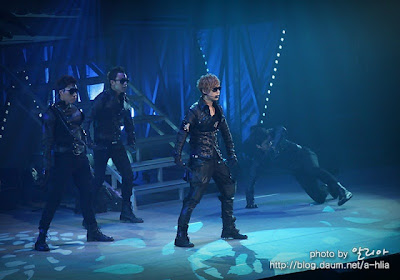 [Translation] Kim Hyun Joong (김현중) Interview in AN AN Magazine 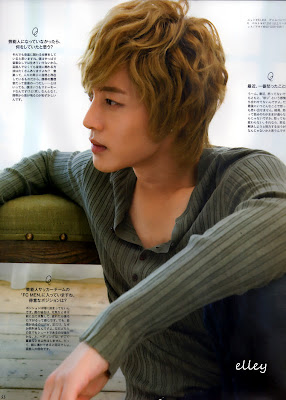 Kiss me sweetly, Kim Hyun Joong !
A really handsome guy I look twice in spite of myself.
A slendar and strongly built masculine body.
The more you know about him, the more you will get addicted to him.
An exclusive interview of such a perfect guy, Kim Hyun Joong !
Question 1 : What made you burst into laugh recently ?
Recently I saw “옹달샘 (a variety program) “. Though I don’t usually see TV,
I happened to tune in, seeing Yu Se-Yun ssi (유세윤, a Korean comedian ) mimic many animals ! It was so funny that I burst into laugh though though I rarely did it.
Question 2: What made you cry most recently?
I rarely cry, even though I see a sad-story movie. It’s a shame for me if friends recognize me to cry. Oh I don’t go to cinema alone, always with someone.
However, I cried once on June 7, the last year on the occasion of the showcase in Seoul which was the first event for me as a solo artist. I shead tears without knowing by myself. Though my eyes were full with tears, but I did not cry.
Question 3: For what you felt angry most ?
I don’t remember . I didn’t get angry recently. I don’t have a feeling of angry in myself. Therefor, I cannot remember when and for what I got upset last time.
I think that people get angry when they know they cannot be self-assertive. Anger does change nothing. I think that it is much wiser to try best in problem –solving.
Question 4: If you were not an artist, what had you been doing?
I should have been doing something related to music. I cannot live without music. There are many people working in music-related business even though they are not an entertainer. Music naturally exists around people. I think that even a mobile ringtone is a sort of music ……… but I always keep my mobile in a silent mode (laugh). I feel embarrassed if someone recognizes the ringtone of my mobile.
Question 5: You are a member of FC MEN, an artists football team. Which is the best position for you?
The positions are not fixed actually. If I am in good shape, I attack in a forward position, but if not, I go back and defend. But I feel confident being FW as I can kick both-handed. I can kick a shoot both-handed; that’s my strength.
Love is sweet and dramatic
Baca selengkapnya »
Diposkan oleh Hyunited6686 di Rabu, Februari 08, 2012

[Photos] Kim Hyun Joong (김현중) Behind The Scene of MV Making from HENECIA.COM 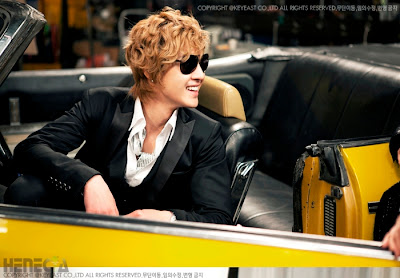 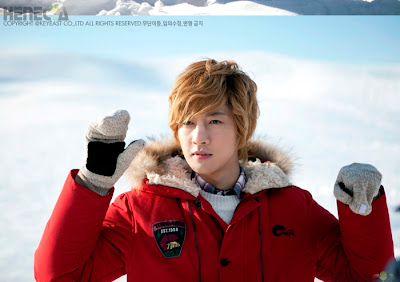 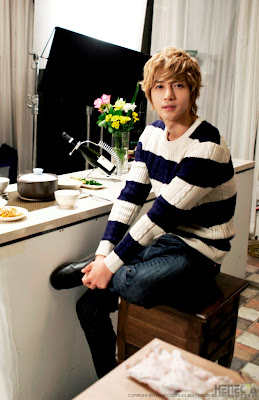 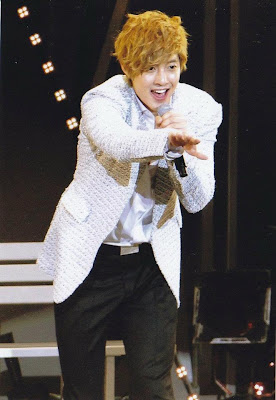 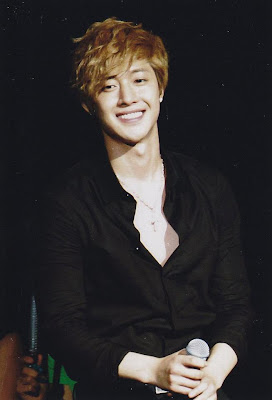 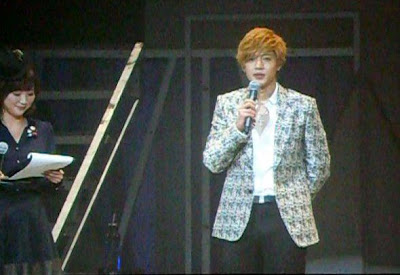