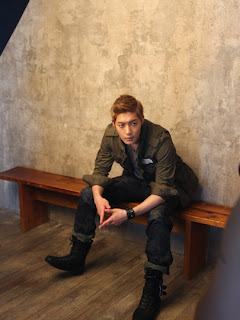 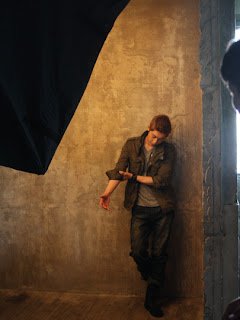 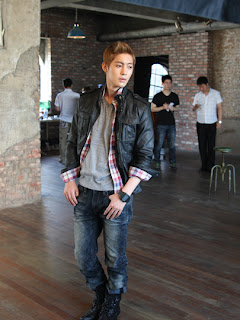 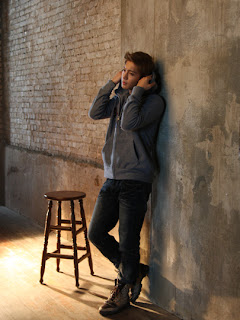 Hello to the viewers at Sakigake Ongakuban Duke~Eight~
I’m Kim Hyun Joong.
Debuted in Korea as the leader of idol group SS501
In 2007, major debut in Japan
Later as an actor, acting in popular drama
Attracted lots of female fans
Then as a solo artiste, he released his first mini album Break Down in June!
This album dominated the music charts No.1 in 5 Asia countries.
Furthermore he came to Japan in July and went ahead holding a live showcase at Zepp Tokyo thrilling 1,500 fans!

HJ :
Similar to the fans in Korea, fans in Japan cheered passionately too so I felt the real pleasure of the performance.
Even though I spoke in Korean, most of them were able understand and give reactions.
In order to have a natural communication, I will also work even harder to study Japanese.

Difference between “Actor” and “Singer”
As an actor, you spend a long time on it to finish
While as a singer, the preparation period is long term and will have to capture the hearts of people by having activities in a short period.
A place that you wanted to visit in Japan
I heard that if you head south of Japan to the islands, there is an island that have the atmosphere like Hawaii.
I definitely want to visit it at least once.
Message from Kim Hyun Joong
To All Fans in Japan,
It’s been a while since I came back as singer Kim Hyun Joong.
Thanks to those who gave an enthusiastic welcome and those who went to the airport to welcome me.
(2nd Mini album scheduled to be on sale this fall!)
I will also work hard preparing on my next album so please look forward and support it.
(Nationwide Tour Decided! Start from 9th November (Wed) Grand Cube Osaka)
Please also give lots of love to “Break Down”. 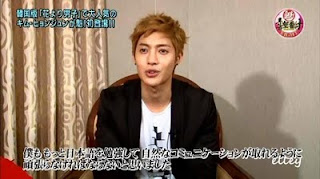 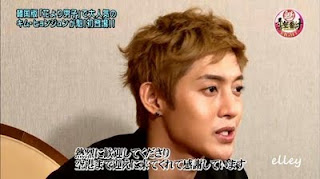 MBC Every1’s ‘Weekly Idol‘ recently had 88 idols participate in a survey asking which idol star was the best looking in real life for their ‘Real Chart!‘ corner.

The corner was centered around the question, “Real Chart! Idol Self Ranking – Who looks the best in real life! The top five best-looking male and female stars!”

Idols who managed to land in the ranking included Super Junior’s Choi Si Won, SS501’s Kim Hyun Joong, Big Bang’s T.O.P., SNSD’s YoonA, miss A’s Suzy, 2PM’s Taecyeon and Nichkhun, and T-ara’s Jiyeon and Qri.
In the end, however, there could only be one winner, and it was 2PM’s Nichkhun and T-ara’s Jiyeon that came out on top for the male and female categories. Jiyeon was called up after the rankings were revealed, and she was recorded saying, “I don’t look as good on camera. I think I look similar to my TV image, but since I look better in real life, please come and see me!”
The full ranking will be revealed on September 3rd!
post by : N ^^ 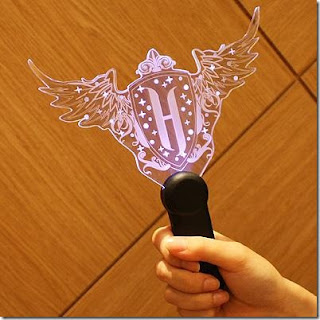 Reposted from http://hyunjoongkajeablover.blogspot.com
Repost with full credit n title, please.
Greetings from the staff of Henecia.
May I have your attention about the Kim Hyun Joong’s official fan-club HENECIA
We have found out that fraudulent fan club was established in some countries with name of HENECIA this morning, and are charging a fixed sum of money from the fans as the membership fee and distributing products such as cards and t-shirts to lure fans to join the club..
We are informing that KEYEAST has not established HENECIA in those countries for fans to join the club, nor do we acknowledge them as official fan clubs.
The card provided to the Kim Hyung Joong’s official fan club HENECIA in 2011 is same as below, and we are informing that any other cards will not be acknowledged as Kim Hyun Joong’s official HENECIA fan club card in 2011. 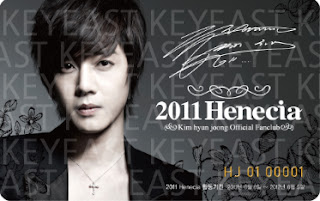 Furthermore, joining the Kim Hyun Joong’s official fan club HENECIA in 2011 has ended on May 23rd, 2011.
When fans wants to join HENECIA in the year 2012, the process will start near future, and the process will be posted at Hyungjoong.com and HENECIA.com, so please be aware of this information and do not join any fan clubs that are illegally promoting through Facebook, or any other sites, with the name of HENECIA.
Thank You.
post by : N ^^
Diposkan oleh Hyunited6686 di Kamis, September 01, 2011