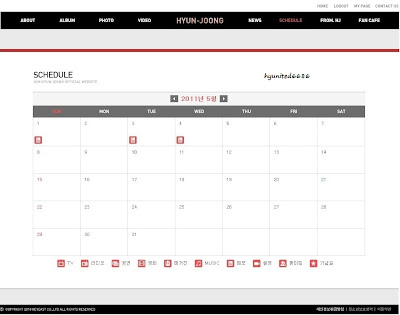 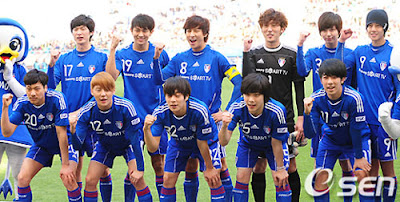 ﻿On April 24th, celebrity soccer team FC MEN took home a 5-0 win in the opening game against the Incheon Design High School’s female soccer team.
JYJ’s Junsu, who was chosen as the MVP of the day, commented, “It was our first time being on ground of an official stadium. First and foremost, I’m glad that no one was injured today. It was because of the support of our fans that we were able to achieve such great results.”
The FC MEN also participated in the “Love Auction” charity by putting their uniforms up for auction on the 15th. All proceeds were donated to the Social Welfare Society, and Junsu has expressed that he will continue to actively participate in more charitable events.
Diposkan oleh Hyunited6686 di Selasa, April 26, 2011