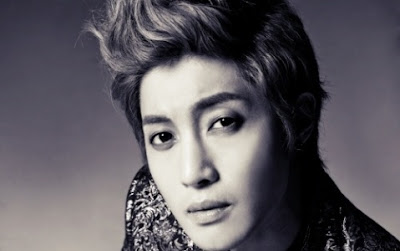 Currently he is spending busy days in order to prepare for the fan meeting. He is directly taking part in the planning process of the fan meeting and giving different ideas for events. Kim Hyun Joong’s fan meeting will feature 14 songs.

A representative of Kim Hyun Joong’s agency stated, “Kim Hyun Joong has said that he will meet fans one-on-one through a ‘High-Five Event’ with fans who have come to the concert. He plans to connect with fans by making eye contact with each one. He is preparing hard so that he won’t disappoint his fans, please anticipate the concert.”

[News] Kim Hyun Joong (김현중) takes up the challenge to high-five all 3,000 members in the audience, aiming to break the record for any artiste performing in Singapore 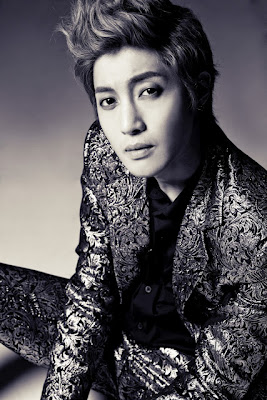 24 April 2012 (Singapore) – Kim Hyun Joong has taken the challenge to high-five all 3,000 members in the audience at the Kim Hyun Joong Asia Fan Meeting 2012 in Singapore on 4 May 2012, aiming to break the record by any artiste performing in Singapore so far to offer the closest fan interaction for audiences during a concert.  Previously only open to 500 lucky fans in the audience, Kim Hyun Joong has now personally requested to high-five all concert attendees at the Singapore Indoor Stadium, a feat never undertaken before at any concert or fan meeting.
Kim Hyun Joong will also give away one set of T-shirt and brooch of his own design, encompassing the U:ZOOSIN character, a cartoon avatar created by Kim Hyun Joong himself to everyone in the audience. This will be specially made for this fan meeting tour. Kim Hyun Joong’s official animated character U:ZOOSIN has sold 50,000 units in Korea alone, boasting approximately US$1,900,000 in sales.
“This is a very special request we’ve received, which proves Kim Hyun Joong’s immense devotion to his fans. We are glad that fans in Singapore will get a very personal touch - pun intended - with Kim Hyun Joong; but we’re also excited that all members in the audience will be part of a record-breaking moment,” says Wendy Ng, Executive Producer of Running Into The Sun.
High-five sessions are normally small, private sessions that are open to a small group of fans to interact with artistes before or after a concert. However, Kim Hyun Joong will be taking this a step further by expressing his wish to high-five every single member of the audience, breaking away from the notion that superstars of his calibre are often put on a pedestal.
Kim Hyun Joong 2012 Asia Fan Meeting in Singapore will showcase over 10 songs, slick dance moves, special effects and interactive segments in a two-hour show. Premiere seats, the seats closed to the stage have completely sold out, but fans can rest assure that good seats are still available across the Arena and Terrace categories.
Kim Hyun Joong Asia Fan Meeting 2012 will be held 4 May 2012 at the Singapore Indoor Stadium.“Kim Hyun Joong Asia Fan Meeting 2012 Singapore” is brought to you by Official Card UOB Cards, and organized by Running Into The Sun and AMC Group Singapore.
Ticketing Details
Ticket Prices:
$198 (Arena & Premiere Seats)
$168 (Terrace)
$138 (Balcony)
- Tickets can be purchased via SISTIC online, hotline and counter bookings
- Maximum of 4 tickets per transaction