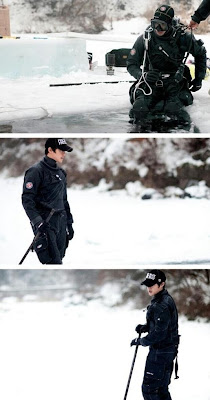 On January 29th, Hallyu star Kim Hyun Joong uploaded a number of photos on his Weibo under a short title, “In the middle of winter.”

In one of the photos, Kim Hyun Joong is wearing full scuba diving suits and equipments and sitting over the edge of an icy lake. In another cut he looks like a member of a special army unit, and his superior appearance drew a lot of attention.

Netizens commented, “Are you shooting a new movie?”, “He’s always looking great” and “I envy his look so much.” 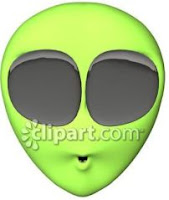 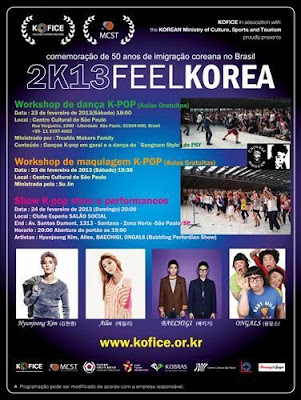 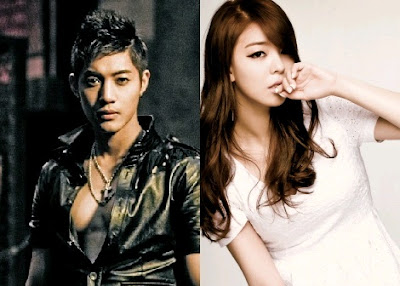 SS501‘s Kim Hyun Joong and Ailee have been set to perform at the “2K13 Feel Korea” event in Brazil.

According to the Korean Cultural Foundation, “Kim Hyun Joong, Ailee, Baechigi, and non-verbal performance group Ongals will perform on February 24 at the Esperia Auditorium in San Paulo to celebrate the 50th anniversary of Korean immigration to Brazil. The “2K13 Feel Korea” will go from February 23 to the 25.

“2K13 Feel Korea” is organized by the Korea Foundation for International Culture Exchange and sponsored by the Ministry of Culture, Sports and Tourism, the Korea Tourism Organization, the Consulate General of Korea in San Paulo and the Korea Brazil Society.

A representative of the event said, “Through this event we hope to expand the Hallyu wave in South America. Through the event programs we hope to start a long term cultural exchange between the two countries.” 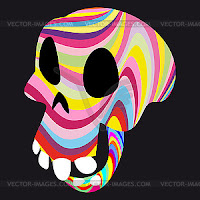