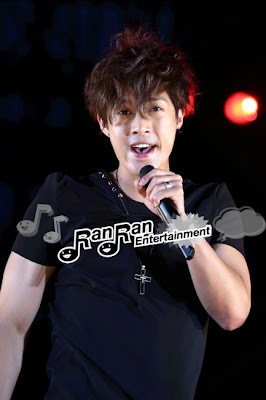 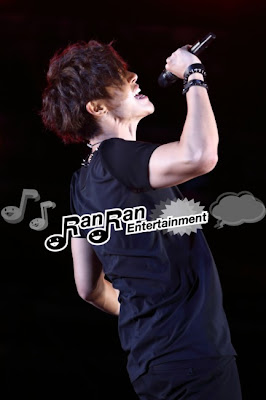 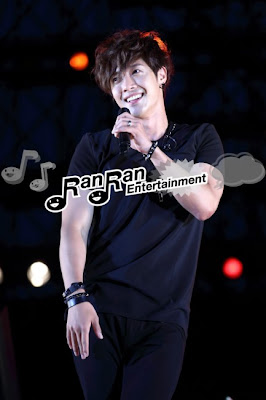 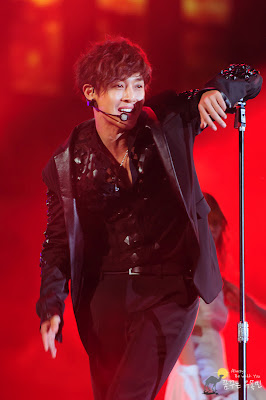 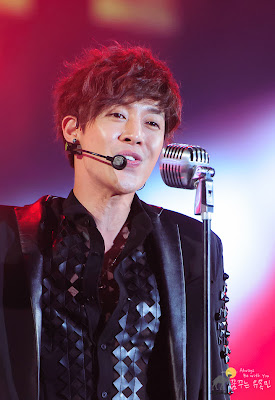 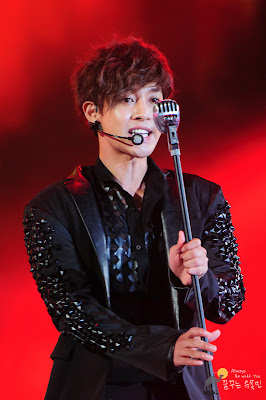 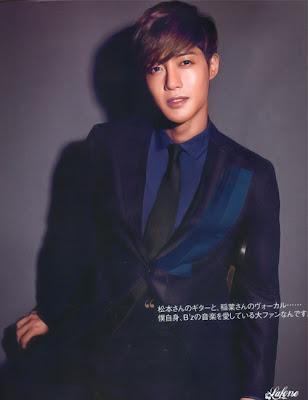 Collaborating with B'Z, Kim HyunJoong's all-rounded flexiblity
Many Korean idol groups are gaining many popularity in Japan indeed but as a solo singer Kim HyunJoong have proven his overwhelming ability in Japan. For the first time, Japan's well-known rock band, B'Z have composed song for other artistes which garnered many attentions. With the soft charismatic side of him in dramas as well as the rocker side of him in music, here's Kim HyunJoong's interview from Vogue Japan.

Kim HyunJoong's performance on stage had always been a mesmerizing one for fans below stage. With his charming bright smile, sexy yet masculine image together with his 4-dimensional answers during interview indeed have captured many young hearts out there. If we do not pay enough attention to what he was trying to say, we might not have any idea what he just said!

'4-Dimensional', 'Alien' character, a conversation on the great wisdom
Kim HyunJoong who is a solo singer currently, debuted from the 5-member group SS501 since 2005. He is known as the 'Leader' as there's members with similar name (pronunciation).

Known for his handsome image, he was casted in the Korean version of 'Boys Over Flower' as Yoon Jihoo and also Baek Seungjo in 'Playful Kiss', expressing his talents well as well as his charisma.

What really made him rose to the popularity was the top Korean variety show 'We Got Married'. It is a variety show that pairs up Korean celebrities to show what life would be like if they were married. In this show, Kim HyunJoong was paired up with another Korean female celebrity who is 7 years older than him. There's a scene where Kim HyunJoong gave his driver's license photo to his 'wife' in the show with a small note 'If you are feeling lonely please see this' and because of this innocent behavior he was then known as 4-dimensional, attracting more fans' hearts.

A: No matter how true my attitude is in programs, I will also consider how I should present myself in programs before I talk or act. Obliging the rules and reading the scripts for TV programs or interviews beforehand in order to know what I should present to fans. Showing my true self to fans and getting good reviews from everyone is a blessed thing. (laughs)

Q: Is there any special '4D' reason behind why you are using a normal cell phone instead of using a smartphone?Q: If you are not using a smartphone, what do you use to listen to other people's music on the go?

A: I feel alright even if I'm using a cellphone now (Laughs) and I don't really mind what;s in the top trend now. Because I rather prefer button-touching cellphone instead of the touchscreen smartphones, so perhaps I'll consider using a cell phone.

A: Nothing (laughs). Because I spend more time in the car moving from place to place, so I;ll usually turn on the radio to listen to music.

:: 2nd single's song composed by B'Z
After releasing his first solo album Break Down on June 2011, he had been very active in the music industry. He had also released his first Japanese single Kiss Kiss/Lucky Guy in January 2012 which topped the Japanese Oricon Chart in 2nd place. Next he released his 2nd Japanese single Heat in July 2012 which was composed by Japan's well-know band B'Z and it's the first time they have composed songs for other artistes.Q: We heard that HyunJoong is also a fan of B'Z, having all their albums too.

A: I think Matsumoto Takahiro and Inaba Koshi are a perfect combination group. Because they are very talented in composing unique songs and lyrics, I guess this is the reason why they were so loved back then. With the same reason, I am a big fan of them.

Q: Kim HyunJoong loved rock music very much.
A: I've joined the band in my high school last time. In Korea I loved Seo Taiji and in Japan I loved B'Z. The song Heat is totally B'z's style. At first I was worried whether I could sing this song well enough but after endless times of practice, I'm indulged to the song already. I love the addicting tempo and lyrics. I will put all my effort in performing this song so to express what this song is supposed to bring.

Q: During the recording, Inoshi Koshi have taught you how to perform this song?
A: He gave me some advice on how to express this song and thanks to him, this song was recorded perfectly. All in all, they are a well-respected sunbaes in the music industry and they are the ones I admire very much. I was very nervous when I first met them, but they were very friendly welcoming me. Working together with such well-respected sunbaes in the same studio, I've learned many new things. The Japanese single this time is the production of Japanese, and it's my first time performing a rock music, even though there are many challenges, but because of this challenges, I learned many new things and I'm very happy.

A: I'm preparing for my upcoming drama 'City Conquest'. Even though I'm busy with the Asia Fanmeeting and time is insufficient. Even so I have schedules on that particular day, upon returning to the hotel, I will practice for my drama if I have any spare time.

Q: What is your character in the new drama?
A: I'm Baek Mir in the drama who is a man struggling with abandonment and growing up an orphan, who falls head over heels in love easily. he fights against the harsh world that tore his family apart. This is a total different character from before. As the shooting for the drama is around the corner, the determination to make this drama a success is becoming stronger and I will work hard for it.

Q: Heard that the first shooting location will be in Japan. The weather is very hot in the summer.
A: I love working during the summer. Not only for the drama, but for my album as well as fanmeetings. Putting all my best into everything I do, becoming the only one in my fans' hearts.

Let's meet somewhere in the universe during the concert someday!
Q: Where's your dream in the future for working so hard?
A: Hmm...universe. I will gather all my fans in the universe and hold a concert there (laughs)

Ending the interview with a 4-dimensional answer. Then let us support him until his dream to hold a concert in the universe succeed!