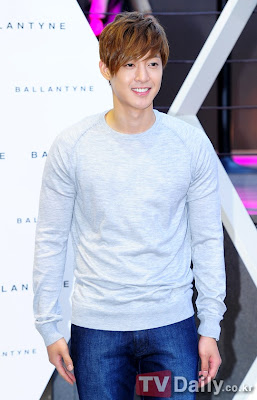 Kim Hyun Joong will be starring in the drama 'Conquest of the City' which is adapted from the bestseller comic written by Shin Hyungbin. Starting from year 1996, 6 series of total of 270 issues have been sold 10 million copies and it's one of the most popular comic series until now, garnering a lot of expectation for the drama.

Additionally, Conquest of the City will be consisting of humanism and action scenes, depicting a story about the son's resentment towards the parents who left him when he was young and the grown-up lead character, Baek Mireu, who ruined his own family and enters the black society for his revenge.

In 'Conquest of the City', Kim HyunJoong will portray the character Baek Mireu who was living in the wild without parents going through all the hardships, however, when it comes to love, he is a soft-hearted man. Previously, Kim HyunJoong have shown his soft and perfect character in drama, this time, he will be changing 180 degrees into a manly rough character capturing more attention.

According to the representative of Key East, 'Many local and overseas fans are anticipating for Kim HyunJoong's drama comeback, Kim HyunJoong is constantly preparing to show a more developed side of him to everyone. As he will be coming back with a new side of him, please do anticipate for it.'

On the other hand, Kim HyunJoong will be kicking off his 'Kim HyunJoong's Fanmeeting Tour 2012' starting this May in Singapore , Hong Kong, Taiwan, China and others consecutively to meet his fans around Asia.