Credit: http://news.nate.com/view/20120420n18622
English Translation by http://babyvfan.wordpress.com
Repost with full credit and link back to the site, please. 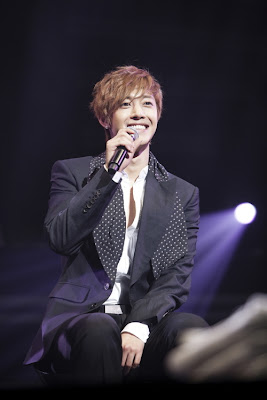 Kim Hyun Joong and his agency expressed regrets at ‘ticket sales controversy’ in Taiwan for his upcoming fanmeeting. Kim Hyun Joong is scheduled to hold his ’2012 Kim Hyun Joong Asia Fan Meeting in Taiwan’ on 18th and 19th May. However, local media outlets reported that the prices are too expensive and complaints have been made known to Kim Hyun Joong’s agency.

On April 20, Kim Hyun Joong’s agency KeyEast met up with enews and revealed that “We believed we had decided on an appropriate price for the fans there, as during the process. We didn’t know this would become such a big issue, we are also in regret and disheartened. Kim Hyun Joong will sing 14 songs for the upcoming concert. He will also be holding a high-five event with fans and distribute gifts he prepared personally. We will work hard to not disappoint our fans.”

In the meanwhile, Kim Hyun Joong will start off in early May, in Singapore, Hong Kong, China, Taiwan, Thailand, Indonesia, with sequential plans to open around the Asian Tour.