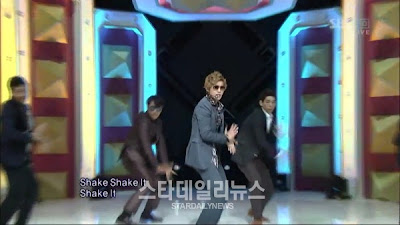 Kim Hyun Joong is currently drawing a lot of attention with the title song “Lucky Guy” from his second mini album.
On the 20th, Kim performed the song for the first time on a music program and showed exciting dance moves with rhythmical melodies. 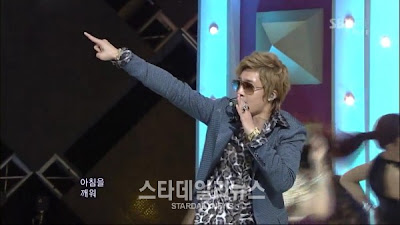 One of his dance moves which he dances with the lyrics ‘Shake it’ is receiving an explosive response. People named the dance moves as ‘Shake Dance’.
People responded: “His performance makes me to sing and dance too. Let’s shake, shake it, shake it!” “I’m touched seeing his passionate performance.” “Kim is the best. The song is amazing.” 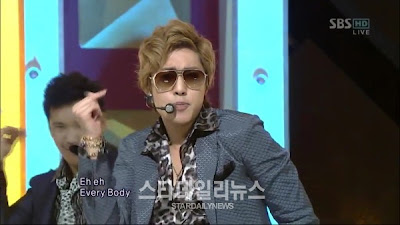